It is the stately mansion that could have been the Melbourne residence of prime ministers and dignitaries.

The Myer family this week confirmed that, over many years, they have held discussions about making their grand Toorak mansion Cranlana House available for visiting prime ministers and governors general. 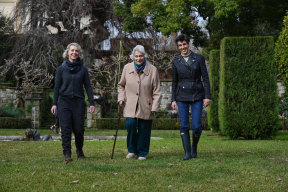 Had the discussions been finalised, it would have represented the culmination in a years-long search for a Melbourne prime ministerial base.

Melbourne lost its status as Australia's seat of power in 1927, when federal parliament moved from the city's Exhibition Building to Canberra.

While Sydney has Kirribilli House and Canberra has The Lodge, there is nowhere for an Australian prime minister to call home during their time in Melbourne. 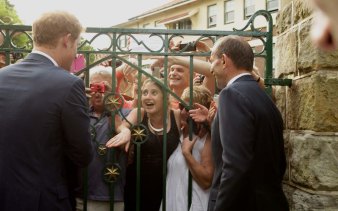 More than 10 years ago, Mr Kroger and other business figures including Lindsay Fox were part of an informal group called the Melbourne Lodgers, which led a push for a Melbourne prime ministers' residence.

The proud Melburnians looked at a series of properties including Australia’s former government house, Stonington, in Glenferrie Road, Malvern.

The imposing mansion – from which the local council derives its name – housed Victoria’s governors for 30 years until 1931. 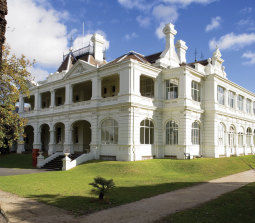 Stonington, once considered a suitable residence for a prime minister.

Mr Kroger told The Age the group had intended to purchase a residence themselves, by raising about $50 million but the significant cost of maintaining older properties deterred them.

The combined annual cost of staffing at Kirribilli and The Lodge is $2.2 million.

Gardening at Kiribilli House, which is outsourced, costs $200,000 each year. These costs are in addition to structural upgrades, which have taken place at both facilities in recent years.

"It's sort of an unofficial Lodge and it's a great thing for Sydney. Prime ministers have Christmas and New Year's Eve celebrations there and they invite ambassadors, all sorts of people, so it gives Sydney an edge over Melbourne.

"And what do we have when we have a Melbourne prime minister? Well, Malcolm [Fraser] stayed in his mother's flat in Domain Road."

Mr Kroger was intrigued by news the Myer family had considered allowing dignitaries to stay at Cranlana House, which has not been used as a full-time family home for about 40 years. 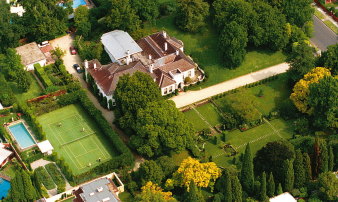 Mr Myer arrived in Australia in 1899 as a 21-year-old Russian immigrant named Simcha Baevski. Determined to make a name and a new life for himself, he changed his name to Sidney Myer and worked in an undergarments store in Flinders Lane, before establishing a drapery business in Bendigo.

After buying and running a series of businesses, in 1921 he bought a new building in Melbourne's CBD that would become the Myer department store.

The Edwardian family home in Toorak would be remodelled and the gardens the Myers introduced a decade after moving in – all axial lines, geometric structures and Italian statues – remain an intact example of grand 1930s Australian landscaping.

These days, it is home to the Cranlana Centre for Ethical Leadership and hosts fundraisers for the Myer family's favoured charities.

And the beauty of the building and gardens are key to that.

"When you go through the gates, you go down a very long, pebbled driveway and I think the length of the walk from the street to the front door really gives people a transition time to think deeply about where they are and what they want to achieve."

Fit for a prime minister.