The Labour leader hoped the focus of the parliamentary week would be on mental health and on reducing suicide. Or on more funding for those affected by the Christchurch terror attacks, new front-line services in regional New Zealand, as she made a series of announcements in Wellington and around the country. 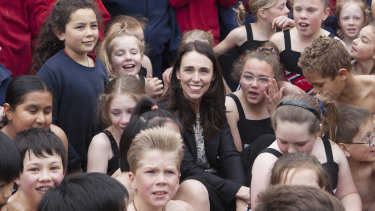 Instead, she was interrogated all week about her role in a deepening scandal that threatens her authority.

The involving saga, is at the heart, yet another sorry version of the intractable tale; the he-said-she-said.

There are the central allegations, made by several female Labour volunteers, of sexual assault, harassment, intimidation and bullying; all denied by a now-resigned male government staffer.

The second, and politically charged, contest is Ardern’s version of events against those of her party and her opposition.

Now, there's also a growing tide of commentary on the matter, from largely male New Zealand media establishment figures, suggesting the "beginning of the end" of Ardern's leadership.

That notion came from TVNZ veteran John Armstrong, who added "the tumult of the past week has been as serious a crisis as any that have afflicted the party since the bitter ideological warfare which tore Labour apart in the late 1980s".

This scandal, as detailed by one of the primary complainants in The Spinoff website this week, originated in early 2018, when a teenage Labour volunteer alleges she was digitally raped by the staffer.

In the months that followed, a group of Labour members and volunteers would make a suite of allegations against the man, who has not been named.

They took their grievances to "known and trusted" Labour party figures for a hearing, rather than police.

After months of buck-passing, a formal Labour investigation began in March this year. 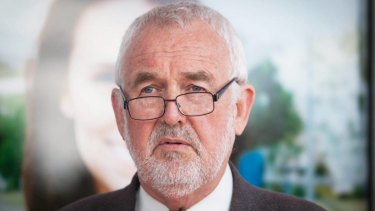 It concluded in July, when party president Nigel Haworth exonerated the staffer and declined to offer a line of appeal.

Exasperated, the complainants reached out to other Labour figures – including Ms Ardern, other MPs, senior staff – and ultimately, the media and opposition, in search of a second hearing.

This is all in the shadow of troubling assaults and misbehaviour at a Young Labour summer camp last year.

And then, a major review into the New Zealand Parliamentary workplace, which had a top line conclusion of "systemic bullying and harassment".

Ardern – who has elevated the issue of sexual violence as prime minister – says as she learned of the gravity of the situation, she intervened to install a Queen's Counsel to investigate the allegations and process.

But it's hard to escape the feeling this matter is not suited to a Prime Minister's desk.

If Haworth had discharged his duties, engaging an appropriate conciliation and placing welfare around the complainants, it wouldn't have exploded in Ardern's hands.

The shambolic process is another example of how powerful institutions like political parties attempt to sweep uncomfortable issues under the carpet.

Haworth, who has resigned over Labour's handling of the investigation, denies knowing the complainants included an allegation of sexual assault.

His resignation moved the focus of questioning onto Ardern; on what she knew, when she knew it, and how she responded.

On this, she is vulnerable.

Particularly as the complainants' frustrations led them to make the extraordinary move of confiding in an opposition MP, National Deputy Leader Paula Bennett.

A campaign of leaks and backgrounding is underway and the Kiwi media smells blood.

Duncan Garner, a TV3 figure, writes Ardern "may be forced to resign as Prime Minister", using the violent analogy of a race-leading car driver crashing into a wall.

"I simply can't say with certainty if Ardern is going to walk away from this mass pile up," he wrote.

Mike Hosking, the shock-jock radio host behind the microphone of New Zealand's top-rating morning program, has declared Ardern "donkey deep in this, her stories are wildly inconsistent, and her deep concern now looks superficial, and that's putting it mildly".

Ardern apologised to complainants for the botched process, acknowledging her unenviable position to bring the matter to conclusion.