Wheelie satisfying! Driver takes popping bubble wrap to a new level when he DRIVES his Jeep over it

A motorist found a novel use for bubble wrap by driving over it in his car to create that satisfying popping sound.

Footage shows a man slowly reversing his 2006 Jeep Wrangler out of his driveway in Swansea, Massachusetts, on January 4.

Behind the vehicle, two narrow sheets of the plastic-popping material extend towards the roadside several feet away.

After making sure the Jeep is perfectly aligned with the bubble wrap, he slowly reverses onto the quiet suburban street. 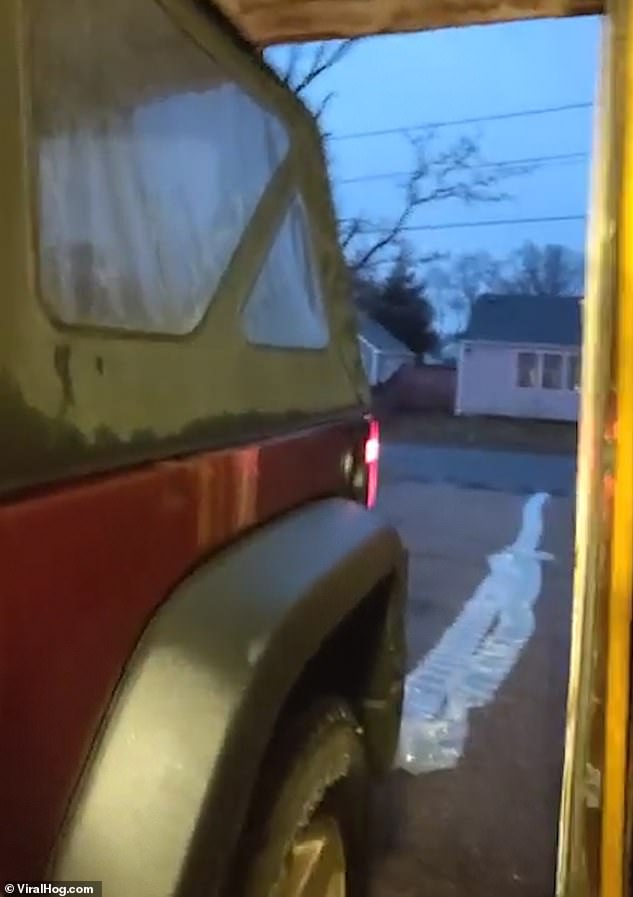 The male driver lines up his Jeep Wrangler as he prepares to reverse over some bubble wrap in Swansea, Massachusetts on January 4

Then, for a few seconds, the air is filled with popping sounds.

Commenters on YouTube were quick to share their opinions on a grown man enjoying the child-like wonder of bubble wrap-popping.

Another said: ‘Love it, but wouldn’t it have been better/easier to have driven forward over the roll?’

But one killjoy posted: ‘I’m very glad I don’t have moron neighbors like this who never graduated elementary school.’

Bubble wrap material is mainly used to protect fragile goods in transit – and has even been offered to college students to help them de-stress during exam season.