Jeremy Clarkson has accused Nicola Sturgeon of hating the English as he complained about Covid-19 restrictions he faced while filming in Scotland.

The presenter travelled north earlier this month to film his Amazon Prime series The Grand Tour with co-hosts James May and Richard Hammond.

The trio, each driving a classic American car, began their journey in Edinburgh and finished in North Uist in the Western Isles.

Grand Tour stars Jeremy Clarkson, James May and Richard Hammond were filming for their Amazon Prime series on Scottish islands which was at the centre of a coronavirus cluster 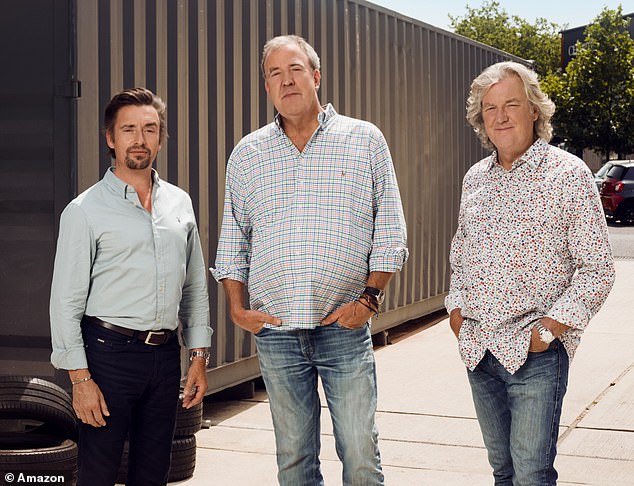 Clarkson, May and Hammond have been filming their series The Grand Tour in the Scottish Highlands where Jeremy Clarkson has complained of the ‘dizzying’ list of Covid restrictions 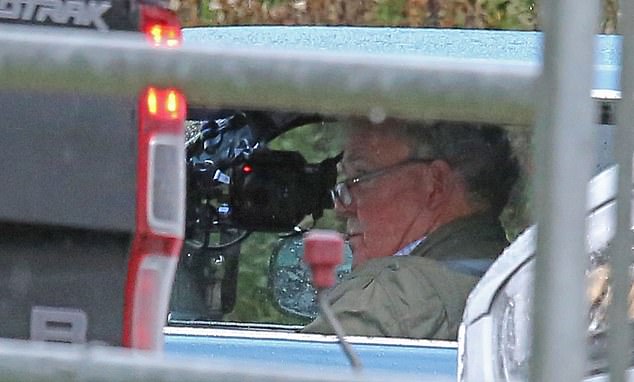 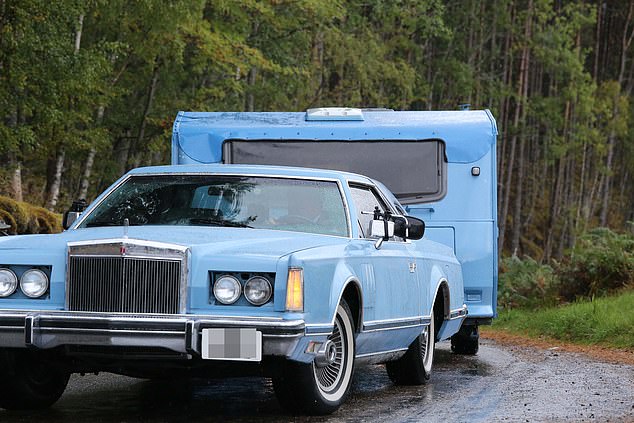 Clarkson said he did not think the trip would happen as he expected the First Minister to close the Border because of her ‘hatred of the English’.

This included being tested every day, eating at tables for one and not being allowed to interact with anyone outside the crew.

They also had to take their own private plane to Scotland and book out entire hotels to stop the potential spread of the virus.

Clarkson, 60, said: ‘In the summer, when it seemed as if the virus were receding, we decided to fire up the Grand Tour machine and head north of the Border to spend a week or so watching Richard Hammond crash into things.

‘The rules of engagement it [Amazon] supplied were dizzying. We were to take our own testing lab on the 1,000-mile journey and the key players were to be tested every day.

‘Everyone on the crew had to maintain a distance of 6ft from one another, which is pretty tricky when you’re in a car.

‘And anything anyone touched had to be sterilised before someone could touch it again.

‘This meant removing the locks from our cars and giving everyone screwdrivers to break in, because keys were deemed lethal.

‘The cost of meeting all these requirements was enormous.

‘I didn’t think there was a hope in hell we’d get started, let alone finished. And that’s before we get to the problem with Scotland.

‘Nicola Sturgeon seems to be driven solely by a deep-seated hatred of the English, so we were expecting her to close the Border at any moment.

‘Which would have meant throwing away all the money that had been spent.’

The Who Wants To Be A Millionaire host also complained about the lack of Wi-Fi at a hotel and insisted the fact nobody tested positive during the nine-day shoot was mainly down to ‘luck’ rather than the stringent rules. 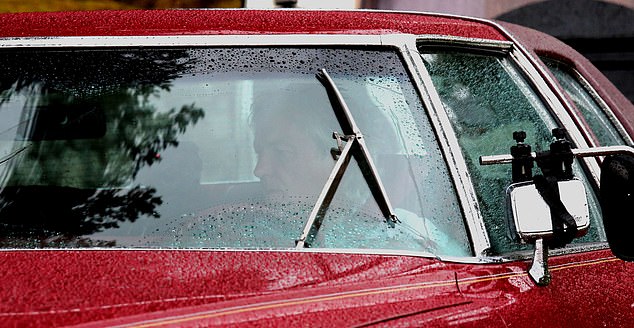 Some of the cars on set of The Grand Tour TV show filming, the Highlands, Scotland last month

Writing in The Sunday Times, he added: ‘In the Edinburgh hotel we had been forced to commandeer, we all sat and had dinner, on tables for one.

‘Then a burly man shoved a swab down our throats until we gagged. And, incredibly, all of us, about 50 people, tested negative. We could begin.

‘We were not allowed to socialise with or even speak to people from outside our bubble, which wasn’t easy, as every other TV show I can think of was in Scotland too.

‘When we got to North Uist, we were greeted by Joanna Lumley. I wasn’t allowed to get within 6ft of her.

‘That hurt. Well, it hurt me. I was allowed to take off my mask while eating, but when I stood up I had to put it back on.

‘Because Covid-19 only exists at altitude and before 10pm, which is when I was forced to go to bed in a room with no Wi-Fi.’

The Scottish Government has previously said that all current public health measures ‘are in place to save lives’.