Jeremy Corbyn risks igniting fury today after he registered a trip to New York paid for by the Campaign for Nuclear Disarmament (CND) four years late.

The campaign group splashed out £859 to pay for the then backbench MP to fly to the United States and put him up in a hotel, in April 2014.

But he failed to record the treat at the time on the Register of Members’ Interests, and has only just informed the parliamentary authorities of it.

The Labour leader has already faced criticism for not declaring his controversial trip to Tunisia, made in the same year.

And today’s revelation means he could face a formal probe if the parliamentary standards watchdog receives a formal complaint.

A Labour Party spokesman said ‘Jeremy has apologised unreservedly for this administrative oversight and registered the trip.’ 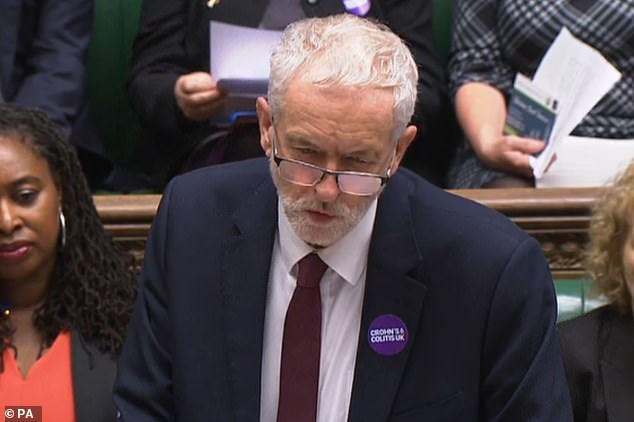 Jeremy Corbyn (pictured in the Commons today) risks igniting fury today after he registered to trip to New York paid for by the Campaign for Nuclear Disarmament (CND) four years late.

He added: ‘During more than thirty years as an MP, Jeremy has regularly made trips overseas to further the cause of peace and human rights and he has always sought to live up to the highest standards of transparency and accountability.’

Mr Corbyn took the freebie trip so that he could attend the Nuclear Non-Proliferation Treaty Review Conference at the United Nations.

Labour sources said the trip was not registered because of an administrative oversight, and insisted that he stayed in a no-thrills Manhattan hotel.

The CND splashed out £859 to pay for the then backbench MP to fly to the United States and put him up in a hotel, in April 2014. But Jeremy Corbyn has only just registered the freebie

It comes after it emerged in the summer that Mr Corbyn did not declare his trip to Tunisia, which he went on in 2014.

The trip sparked controversy after The Daily Mail published a photograph showing him holding a wreath just feet away from the graves of terror leaders linked to the 1972 Munich Olympic massacre.

A Labour spokesman has confirmed that Mr Corbyn’s flights and hotels were paid for by the Tunisian government.

The 2014 visit was not declared in the Register of Members’ Interests at the time.

The spokesman said this was because the costs fell below the threshold for declarations, which was then £660.