Jeremy Corbyn will be prevented from taking power by his own MPs in the event he tries to kick out Boris Johnson to block a No Deal Brexit, Labour defector Chuka Umunna claimed today.

The Lib Dem said there was a ‘substantial minority’ within his former party who would not allow the hard Left opposition leader to enter Number 10.

It comes as Remainers desperately try to hatch a plan to remove Mr Johnson after just months as Prime Minister to avoid him taking the UK out of the EU without a deal on Halloween.

Cross-party plotters want to replace the PM with a ‘unity’ leader who could command enough support from both Tory and opposition MPs to form a government, go to Brussels and get an extension to the October 31 deadline.

But Labour has effectively killed off that idea this week by refusing to get involved, insisting that the alternative leader should be Mr Corbyn, despite his involvement being the main sticking point.

The Labour leader has said that he plans to call a no confidence vote in Mr Johnson’s Government after Parliament returns in September.

But speaking to the BBC today, Mr Umunna, now a Lib Dem treasury spokesman, said: ‘The problem there is with the prospect of Jeremy Corbyn taking up the role of leading an emergency government is he cannot command a majority among his own MPs, never mind others like Conservative rebels who would refuse to give him confidence. 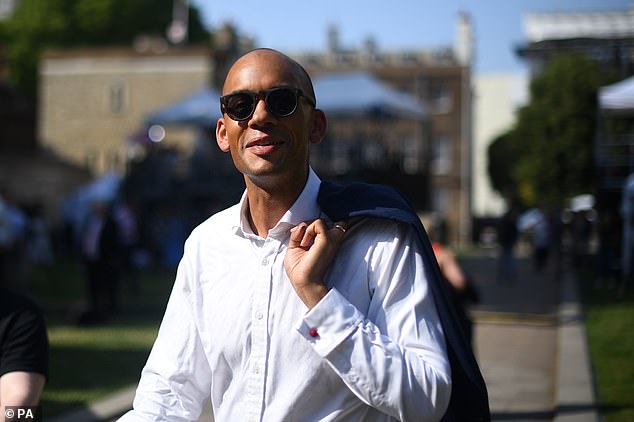 Mr Umunna (pictured in London last month) said: ‘The problem there is with the prospect of Jeremy Corbyn taking up the role of leading an emergency government is he cannot command a majority among his own MPs, never mind others’ 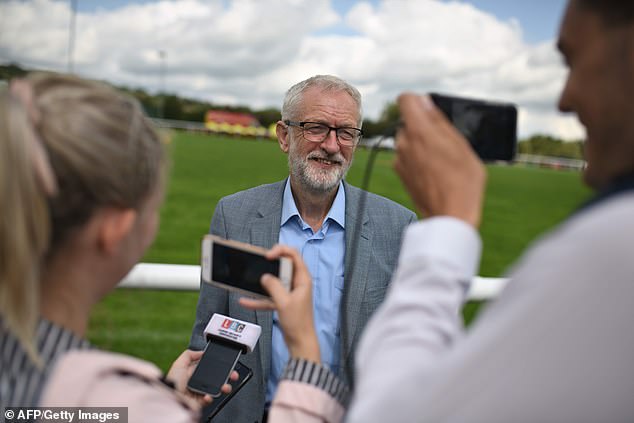 ‘I know, because I have spoken to them, there is a substantial minority of Labour MPs at the very least who simply would not countenance Jeremy Corbyn being the prime minister of this country.

Here are some key dates in the countdown to Brexit:

Early September: Labour is expected to trigger a vote of no confidence in Boris Johnson’s Government

Early/Mid-September: If Boris Johnson loses the confidence vote, Remainers could try to install a cross-party administration to delay Brexit past October 31

Early/Mid September: Alternatively if Mr Johnson loses a general election is triggered if no one can form an administration within 14 days.  But there are few rules on when he has to hold it

Early/Mid September: Or the Queen could step in and demand Mr Johnson resign, should he try to remain in No 10, sparking a potential constitutional crisis

October 31: Brexit day, when the UK is currently due to leave the EU

‘So the question is, is there a figure who, as an alternative, could command a majority?’

Meanwhile the former leader of the Liberal Democrats has played up the prospect of a no confidence vote toppling the Government – but not falling in behind Mr Corbyn as a replacement.

Former business secretary Sir Vince Cable said his party and a ‘significant number’ of Tories would support the move if and when it comes.

Speaking on BBC’s Newsnight, Sir Vince said there would be wide support for an ’emergency administration’ to take over if Prime Minister Boris Johnson loses a motion of no confidence.

Asked whether the UK is facing a constitutional crisis, Sir Vince said: ‘I think we are already in one. We have been in one for quite a long time.’

He added: ‘The extreme no-deal Brexit can be stopped. I think we need to look at it partly from a political question point of view.’

He said Parliament would reject a no-deal Brexit because the ‘consequences are so dire’.

He said when no-deal is ‘staring MPs in the face’ many would ‘get behind’ an emergency administration.

Sir Vince added: ‘We would certainly support a no confidence motion, and I think a significant number of Tories would do as well. And that is the way we are going to stop this.’

As it stands, under the latest extension to the Article 50 withdrawal process by the EU, Britain is due to leave on October 31.

If Mr Johnson is defeated in a no-confidence motion he would have 14 days, under the Fixed Term Parliaments Act, to win another vote of confidence or, if no other government could be formed, face a general election.

But his advisers have suggested he could stay on in

The UK is staring down the barrel of a constitutional crisis as Remainers demand the Queen steps in to stop Boris Johnson forcing through No Deal Brexit.

While the monarch is sovereign, the UK political system relies on her being kept out of politics as much as possible.

In normal times her role is a courtesy one, rubber-stamping Government decisions.

However, pro-EU MPs insist she will have no choice but to sack Mr Johnson if a no-confidence motion is passed in the Commons and he refuses to go voluntarily.

The fuse could be lit on a full-blown constitutional explosion when Parliament returns from its summer recess on September 3.

Here we examine what could happen in the autumn lead-up to Brexit.

How has this situation been created?

Mr Johnson is solemnly vowing to complete Brexit by October 31 ‘come what may’, but the EU is flatly refusing to give way on his key demand that the hated Irish border be dropped.

If the stand-off has not been broken by September, Labour is expected to team up with Tory rebels such as former Cabinet minister Dominic Grieve to stage an early confidence vote to stave off the threat of crashing out.

It is a drastic option that would end the careers of any Conservative MPs who join, but only a PM can request an extension to the Article 50 process, and the legal default currently is that the UK leaves at Halloween with or without an agreement.

As the government’s working majority is just one and with strong cross-party opposition to No Deal, there is a serious prospect that Mr Johnson will lose.

Labour leader Jeremy Corbyn has said the motion would be tabled at an ‘appropriate very early time’, suggesting it will be soon after Parliament returns.

What does Downing Street think? 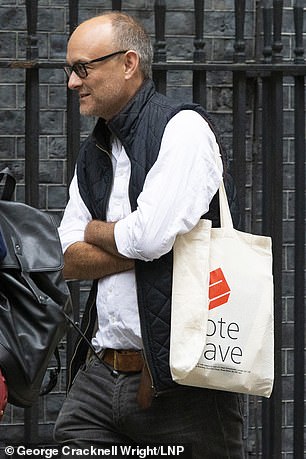 The PM’s adviser Dominic Cummings has made clear the prime minister would simply refuse to resign if he lost a confidence vote.

Mr Cummings reportedly ‘laughed’ at a meeting recently when it was put to him that Mr Johnson would have to quit in those circumstances.

Instead Mr Johnson could try to wait for an election to be triggered and fight it on a ‘people vs politicians’ ticket, complaining that his opponents are trying to block Brext.

Or as a nuclear option, he could try to fix an election date that was after the Halloween Brexit date – robbing the Commons of its ability to control the process and achieving a No Deal Brexit by default.

Can he do that?

Under the Fixed Term Parliaments Act (FTPA), losing a confidence motion triggers a 14 day countdown to an election being called.

During that period it is possible for a Prime Minister to win a confidence vote and prevent the country going to the polls.

However, the legislation is silent on whether the same premier can return to try again. 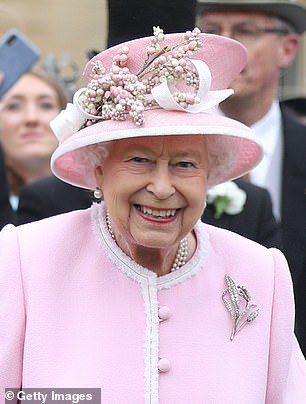 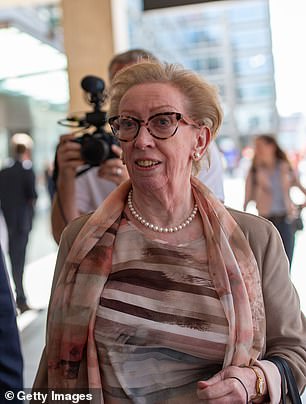 Remainers believe if the premier refused to go quietly the Queen would be forced to sack him and a unity Government could be installed, with Margaret Beckett a rumoured interim leader

Remainer MPs insist Mr Johnson would have to quit, suggesting an all-party administration led by a consensus figure – potentially Labour veteran Margaret Beckett – could take over to delay the Brexit process.

They are adamant that if the premier refused to go quietly the Queen would be forced to sack him.

One senior source told MailOnline the monarch would have to intervene before then if Mr Johnson was playing ‘childish games’ with the constitution.

‘We have an unwritten constitution but there are well established conventions,’ the MP said. ‘Convention number one is that a PM does not or cannot hold office without the consent of the House of Commons.’

How would it work?

If Mr Johnson tried to ‘bury himself’ in Downing Street and tried to stop a new government taking over, the monarch would step in despite the risks of getting embroiled in politics, the Remainer source said.

‘The Queen would write him a letter saying he is dismissed,’ they insisted. ‘She would have to sack him. Of course she would.’

The plan is for Parliament to indicate its support for a rival PM candidate in a vote, at which point the monarch would invite them to replace Mr Johnson.

However, whether an anti-No Deal alliance could muster the numbers to install a cross-party PM is highly dubious.

It would require Jeremy Corbyn and the Labour frontbench to give up his chance of seizing power. 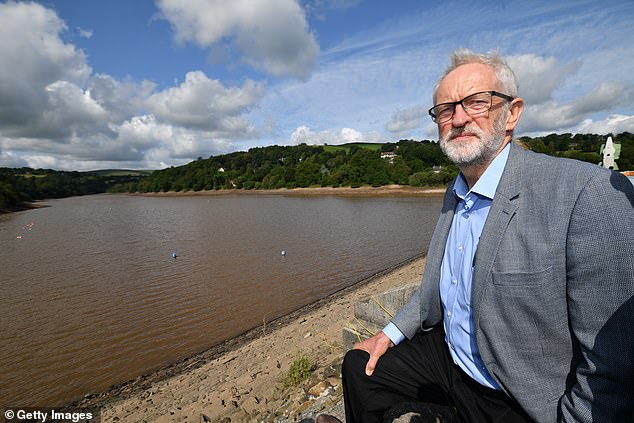 If the stand-off has not been broken by September, Jeremy Corbyn (pictured at Whaley Bridge this week) is expected to team up with Tory rebels to stage a confidence vote – which Mr Johnson could easily lose

A factor in Mr Johnson’s favour is a further loophole in the FTPA, which gives the sitting premier huge discretion on the timing of an election if one is triggered.

The Queen names the date based on recommendation from the PM, but the act does not give any time frame he must work inside.

Pro-EU MPs admit Mr Johnson could legally extend the schedule by at least a month – taking it well beyond the Halloween Brexit deadline.

However, that would set the stage for a massive constitutional showdown, with the civil service under pressure to maintain the ‘status quo’.