Jeremy Corbyn and his allies have been accused of ‘living on another planet’ by furious Labour MPs amid a growing row over when a general election should take place.

Mr Corbyn remains adamant that a snap election should come before a second Brexit referendum but he is under increasing pressure to switch his stance.

Many MPs and senior figures believe a referendum must take place before an election to avoid the party suffering heavy losses over its neutral Brexit policy.

The issue came to a head at a meeting of the Parliamentary Labour Party earlier this week.

Ian Lavery and Andrew Gwynne, the two shadow cabinet ministers in charge of coordinating Labour’s election campaign, reportedly told the PLP that the party had ‘never been in better shape’ for a snap poll.

But the claim was met with incredulity by many MPs who apparently told Mr Corbyn’s allies that they could not support an early election before a referendum.

One MP who was at the meeting told the Politics Home website said: ‘We had 15 minutes from Lavery telling us we are election ready and an hour of MPs saying we are not.’

Another MP said: ‘He united the PLP in one clear unambiguous position: we cannot have an election.’

Many Labour MPs are not only concerned about the impact the party’s Brexit policy could have on their election chances.

They are also worried about Mr Corbyn’s leadership and the fact the party trails the Tories in most recent opinion polls. 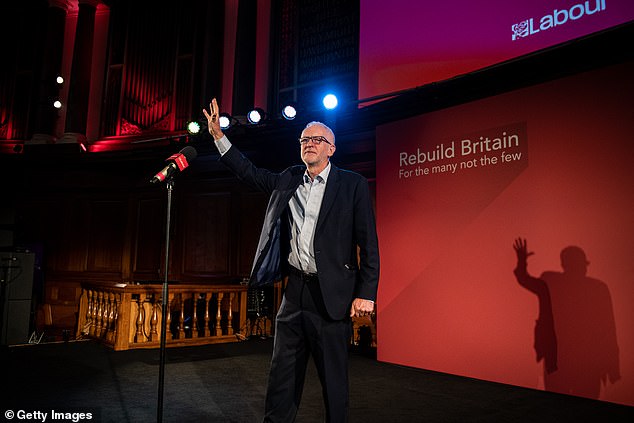 Jeremy Corbyn, pictured in London on October 14, remains committed to holding a general election before a second referendum

Kevan Jones, a former shadow defence minister, reportedly asked Mr Lavery and Mr Gwynne: ‘What colour is the sky on your planet?’

Meanwhile, Peter Kyle, the MP for Hove, apparently raised concerns about what Labour’s election campaign strategy would look like.

According to The Times he said the party’s current strategy was too similar to the one deployed against Theresa May which saw the party fall short of winning power in 2017.

Another source said MPs at the PLP meeting ‘didn’t get angry’ but were left ‘dismayed and found the whole thing laughable’.

One gloomy MP summed up Labour’s electoral prospects like this: ‘Half of us think we will lose to the Lib Dems, the other half are looking over their shoulders at the Brexit Party.’

Labour’s official stance is that the party wants a general election and then, after winning power, Mr Corbyn would facilitate a second referendum on Brexit.

The party would remain neutral on the issue at the election before adopting a final position ahead the referendum campaign.

But Mr Corbyn is under growing pressure to change his stance and back holding a second referendum.

Numerous senior Labour figures including Sir Keir Starmer and Emily Thornberry have suggested they would prefer a second referendum over a general election to break the Brexit impasse. 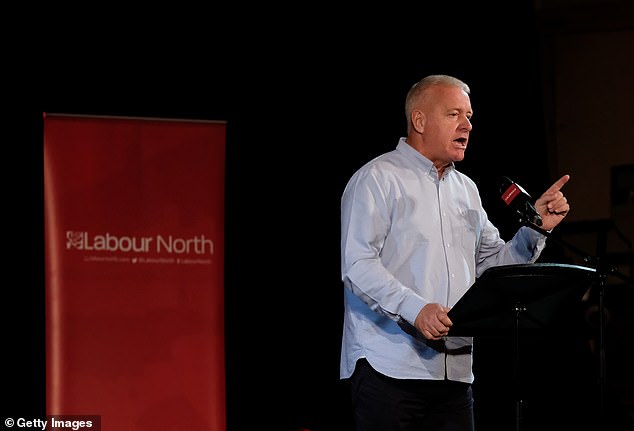 Ian Lavery, pictured in Newcastle at the start of October, reportedly told Labour MPs on Monday that the party has ‘never been in better shape’ for an election

But Mr Corbyn remains unmoved on the issue.

He was asked during a broadcast interview at the end of September if he intended to whip his MPs to vote for an election once an Article 50 extension has been agreed.

He replied: ‘Absolutely. Once we have agreed on the extension… at that point, I’ve made it very clear, we will support a general election.’

He added: ‘Once Boris Johnson has taken his no-deal threat off the table, and the EU has granted an extension, that is the point we will go for it.’

The issue could culminate at the start of next week after the Liberal Democrats tabled an amendment to the Queen’s Speech which would require any Brexit deal to be put to a so-called People’s Vote.