LSE law graduate, 24, who plunged 30ft to her death from road bridge through gap between carriageway after escaping from burning car had been drinking and was ‘unsteady on her feet’, inquest hears

A promising law graduate who fell 30ft to her death from a gap between carriageways while escaping from a burning car had been drinking and was ‘unsteady on her feet,’ an inquest has heard.

Azra Kemal was travelling home to London with a friend in the early hours of July 16 when the car they were in burst into flames, forcing them to flee.

The pair were travelling on the A21 near Tonbridge, Kent, when their Ford Focus caught alight at around 2.35am.

The pair escaped from the blazing Ford Focus and crossed the road to seek help.

Today’s inquest in Maidstone heard the London School of Economics graduate had been drinking and was ‘unsteady on her feet’.

As Ms Kemal sought to make her way back across the road, she is believed to have fallen down a gap in the central reservation and suffered ‘catastrophic’ injuries.

Her mother, Nevres Kemal, spoke to the hearing and called on Highways England to make the road safer to prevent any future tragedies. 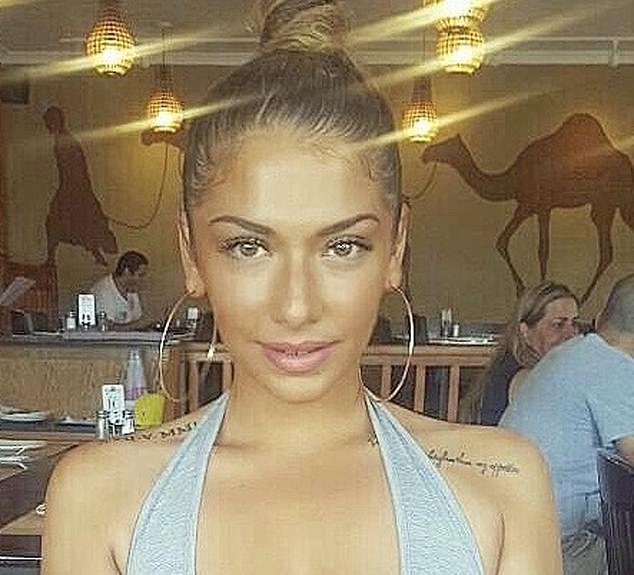 Azra Kemal suffered ‘catastrophic’ injuries after falling down a gap in the central reservation of the A21, near Tonbridge, last year, while fleeing from a burning car

She told the inquest: ‘My daughter lost her life. May she be the last person who loses her life – or their life – please can you ensure that this is reviewed.’

Ms Kemal called for CCTV, lighting, a barrier and signs to be installed at the location, as well as a hard shoulder.

In response, Nicola Bell, from Highways England, said: ‘Any accident is absolutely tragic and I am sorry for your loss and there are some points today that you raised that I will of course take away.’

Friend Omar Allen, who was a passenger in the car, told a previous hearing about what happened on the tragic night.

He said: ‘There were just flames all over the car. We hopped out and the flames got bigger. Azra wanted to get her little Louis Vuitton bag but there was smoke and fire inside the car.

‘We were trying to flag down cars but there were no cars coming our way. Because of the fire, no car wanted to pass so they were all piling up.’ 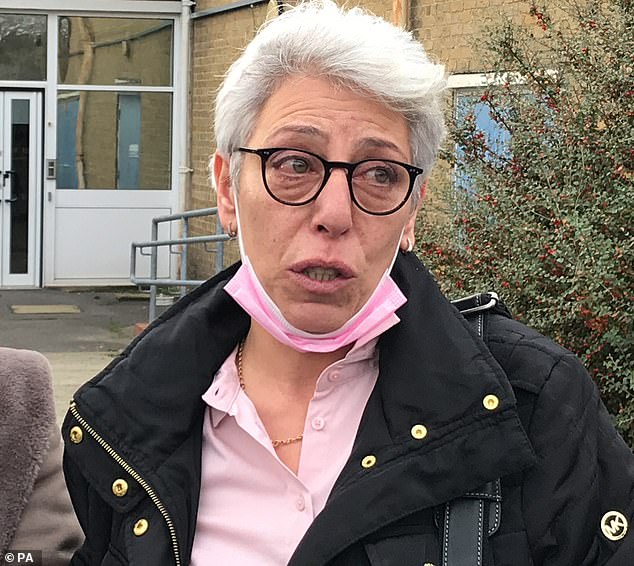 The promising law graduate’s tearful mother, Nevres Kemal, described her daughter as ‘feisty’ and ‘full of life,’ as she called on Highways England to install CCTV, lighting, a barrier and signs to prevent any further tragedies on the stretch of road

The pair managed to make it across the central reservation to try and flag down traffic which continued to head southbound.

But in a panic, Azra then attempted to clamber over another larger waist-high barrier to return to the northbound carriageway and instead fell through a small gap between the two roads.

Traffic management worker Mr Allen, from London, added: ‘She went to cross the dual carriageway again. So I went to follow her while carrying the bags.

‘That’s when I heard her fall. I looked down and I couldn’t see her. The screams went on for so long that I knew it was far down. She was down there screaming for me to come help her.’

The inquest heard that Ms Kemal had been a ‘miracle baby’ after her mother was told she might not be able to have children.

After achieving three A*s at A-level she went on to begin training to be a lawyer.

Her mother described her as a ‘tormented soul’ and the inquest heard that her ‘mission’ was to help those in her community who were less fortunate. 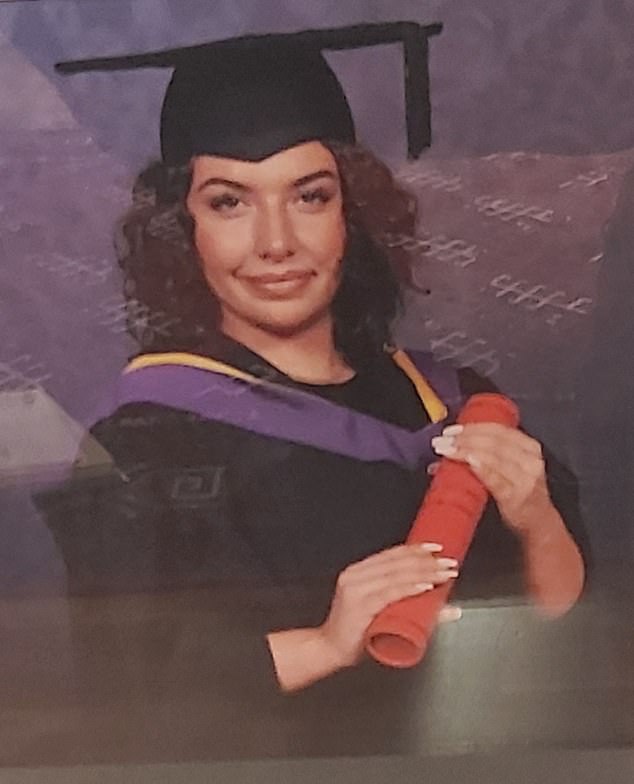 Ms Kemal’s friend Omar Allen has previously described the moment he saw his friend fall between the carriageways. He said: her ‘screams went on for so long that I knew it was far down’

He said he was satisfied that she had consumed alcohol to the level where she was observed to be unsteady on her feet.

He added: ‘The likely physical impairment caused by consumption of alcohol and the emotional rollercoaster experienced by Azra that night are likely to have contributed to a lack of clear judgment.’

This, he said, would have combined with the darkness and her fleeing from a burning car, as well as her knowledge that she had just safely crossed the road further down.

He also paid tribute to Ms Kemal’s mother, who, he said, had been present in ‘harrowing circumstances’ on both days of the inquest.

The accident happened around 2.30am on Thursday on a two span bridge – known as the Medway Viaduct. It has one bridge for south-bound traffic and a separate second bridge for London-bound traffic around 10ft apart

Mr Blunsdon pledged to write to Highways England to see if changes could be made to the location to prevent similar incidents.

Speaking after the inquest, Ms Kemal described her daughter as ‘feisty’ and ‘full of life’ who never tried to deny who she was.

She added: ‘Azra was everything you could possibly imagine.

‘She had frankness and honesty and integrity, which is a gift.’