Premier Daniel Andrews and Police Minister Lisa Neville are due to hold a press conference at 11.30am (AEDT), where we will question them about the royal commission's final report.

One key question for the Premier is: Will the government appoint a Fitzgerald-style special prosecutor to investigate current and former police who may have helped barrister-turned-supergrass Nicola Gobbo pervert the course of justice.

You can watch the press conference live below: 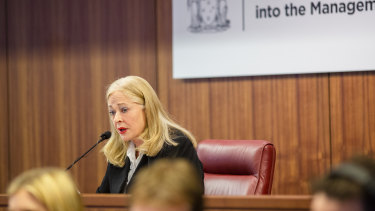 Commissioner Margaret McMurdo, who led the Royal Commission into Management of Police Informants.

These materials include potentially thousands of Informer Contact Reports (ICRs) that document communications between Gobbo and her Victoria Police handlers from 2005 to 2009.

These have proven essential in the past in untangling how Gobbo simultaneously both represented and informed on her clients, as well as showing how she was "run" as a human source.

Victoria Police is disputing the release of this material – seeking redactions or opposing the release of entire documents – on the grounds of public interest immunity (PII) claims, arguing it must be kept secret to protect the lives of officers, informers or operational methodology.

"The commission is working hard to complete this task. In addition, there are several documents that, for many reasons including because of the many, sometimes complex PII claims often related to safety concerns, will not be published at all," a royal commission spokeswoman said.

The royal commission has obtained nearly 2000 documents relating to police interactions with Gobbo and the various clients and cases she has been involved in, many of which have been posted on its website.

In her own words: Why a top criminal barrister became Informer 3838

She received a $2.88 million compensation payment from Victoria Police in 2010.

Here is an excerpt from a letter Ms Gobbo wrote to the Assistant Commissioner of Police in June 2015 seeking additional compensation: 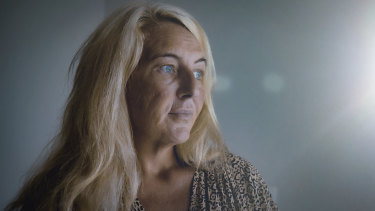 I would like you to try to put yourself in my shoes for a moment to try to comprehend my almost complete disillusionment with the very organisation which assured me as an informer, that what I did for Police and the detailed information I provided, would remain a highly protected secret and would never see the light of day.

Now, but for my children and a handful of loyal supportive friends and family, each day is a nightmare as to what might come out next or indeed, the consequences for my safety and wellbeing …

My motivation in assisting Police was not for self-gain but was rather borne from the frustration of being aware of prolific large commercial drug trafficking, importations of massive quantities of drugs, murders, bashings, perverting the course of justice, huge money laundering and other serious offences all being committed without any serious inroads being made by Police. I maintain (despite what I understand from the media to be an incorrect ill-informed view taken by IBAC based upon who knows what version of events), that anything told to me or said in my presence about crimes being planned or committed cannot ever fall under the protection of legal professional privilege by a client. Most significantly, I did not approach the Police because I had committed (nor have I since) any crime for which I required some kind of "get out of jail free card" as is most often the reason people choose to assist Police.

Refresher: A scandal 26 years in the making

As we wait for the final report, let's take a look at the legal scandal that was 26 years in the making.

Nicola Gobbo is part of a Victorian legal dynasty that includes two other well-known barristers and her uncle Sir James Gobbo, a former Supreme Court justice and Governor of Victoria.

The defence barrister represented a who's who of Melbourne’s underworld, including major drug traffickers, murderers and Mafia figures.

Ms Gobbo, who for years has also been referred to as Lawyer X, provided information about her clients and criminal associates to police. She was often defending her clients in court at the same time she was providing confidential information to police.

Some of the men on her client list were among the biggest names in Australia's underworld, including murdered gangster Carl Williams, jailed drug lord Tony Mokbel and Mokbel's associate, drug trafficker Rob Karam.

The use of a gangland criminal barrister as a police informer created an explosive legal scandal and led to Premier Daniel Andrews announcing a royal commission into Victoria Police's mismanagement of some of the state's most notorious criminal investigations.

Today – after nearly two years – former judge Margaret McMurdo has delivered her final report. Ms McMurdo handed the report to the Governor of Victoria, Linda Dessau, AC, at 10am.

It is due to be tabled in State Parliament, and released publicly shortly afterwards, between 11am and 1pm.

The inquiry, which heard evidence from Ms Gobbo herself as well as former and serving police, was tasked with inquiring and reporting on:

Good morning and welcome to our coverage of the long-awaited final report of the Royal Commission into the Management of Police Informants, which has investigated notorious barrister-turned-police-informer Nicola Gobbo for nearly two years.

The revelation that Gobbo acted as a supergrass while representing some of Melbourne's most high profile gangland criminals is arguably the most explosive legal scandal to rock the city and has jeopardised dozens of convictions and undermined the standing of police.

Legal affairs reporter Tammy Mills and investigations reporter Chris Vedelago will pore over the report by former judge Margaret McMurdo once it is released publicly and will bring us the latest developments, so do stay with us.