Liam Fox hinted at the prospect of a new referendum on Brexit today as he warned campaigners any poll would not have Remain on the current terms on the ballot.

The International Trade Secretary risked irritating No 10 by accepting the possibility of a new vote despite Theresa May repeatedly ruling it out.

Mr Fox accused campaigners demanding a vote of seeking to re-run the 2016 referendum to get the ‘right’ result.

And he said ‘any further referendum’ would not have the ‘status quo’ on offer because the EU was constantly evolving to ‘ever closer union’. 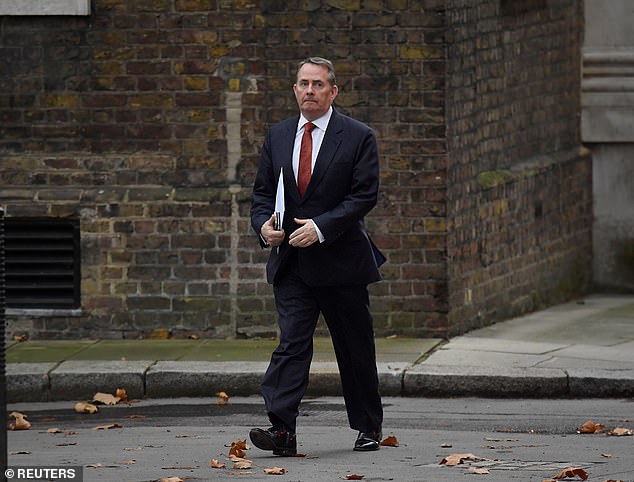 Mr Fox also warned campaigners there was not enough time to deliver a referendum before exit day on March 29, 2019, in a piece for the Telegraph today.

He added: ‘For those who want another referendum, let us be very clear: the one thing that will not be on offer in any further referendum, just as it was not in the last one, is the status quo, inside the European Union.

‘The EU is committed, as it has been since the treaty of Rome, to ever closer union. We wish our European friends well in that endeavour, but it is not the right course for Britain.’

Mrs May’s official spokesman said: ‘The Prime Minister has been clear that there will not be a referendum.’

The Prime Minister warned referendum campaigners she would not hold a new poll yesterday.

She said they had to be ‘honest that this risks dividing the country again, when as a House we should be striving to bring it back together’. 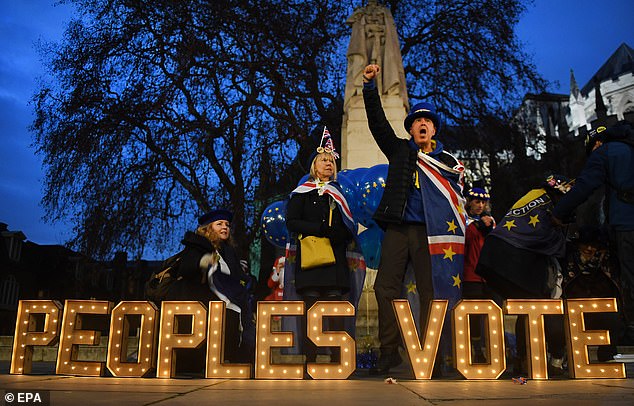 A People’s Vote spokesman told MailOnline: ‘Liam Fox is conceding that a People’s Vote is now more likely than ever. But he’s wrong to say that keeping the deal that we’ve already got in the EU – is not on offer.

‘If MPs reject the deal and back a People’s Vote it will be Parliament as a whole – and not Liam Fox – who decide what’s on the ballot paper.

‘There is no Brexit deal that can fulfil all the promises made by people like Mr Fox two years ago -or one as good as the deal we’ve already got in Europe.

‘The way events are unfolding and with our campaign gathering further momentum, we are no longer a long shot but getting a shorter shot by the day.’