Majority of Tory voters want their MPs to back Theresa May’s deal because an alternative leader would do ‘just as badly’, with 53 per cent thinking she failed to get a good agreement

In a rare glimmer of hope for the Prime Minister, the poll finds that Tory voters back her deal by 46 per cent to 38.

While a majority of voters across all parties (53 per cent) said Mrs May had failed to get a good deal – they also believed any alternative leader would have fared ‘just as badly’ in negotiations with the EU. 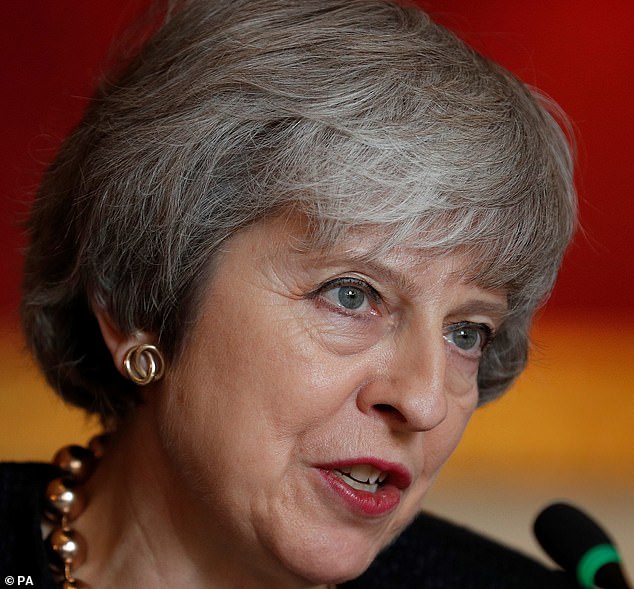 Tory voters back Theresa May’s deal by 46 per cent to 38, according to a new survey

But an accompanying survey of Conservative Party members paints a far gloomier picture, with activists opposed to the deal negotiated by their own leader by 59 per cent to 38.

The research, co-ordinated by Professor Tim Bale of London’s Queen Mary University, also reveals that Tory members are convinced a no-deal Brexit would be better than Mrs May’s plan.

More than half of members polled (57 per cent) said their first preference was to leave with no deal.

Ireland last night warned Brussels it will demand ‘mega-money’ in the form of aid if Britain leaves the EU without a deal.

Ireland’s agriculture minister said a no-deal Brexit would have a crippling effect on his country’s agriculture sector – which depends heavily on trade with the UK.

He said his country’s farmers had been hit by the devaluation of sterling since Brexit, but said: ‘A hard Brexit would make that look like a teddy bears’ picnic.’

He added: ‘You’re looking at hundreds of millions here. Between the beef industry and the fishing industry we’re talking mega-money.’

EU diplomats fear this could spark claims by other countries likely to be hit by a no-deal Brexit.

The figure is more than double the 25 per cent of the population as a whole who would plump for no deal.

The hardline stance of most Tory members will dismay Mrs May’s allies, who had hoped that activists would use the Christmas break to pressure their rebellious MPs to fall into line.

But having the support of Tory voters – who will decide the party’s electoral fate – does provide a crumb of comfort.

Downing Street will also be encouraged by a finding that 40 per cent of members said their second preference was to leave with Mrs May’s deal, suggesting they could live with the compromise. And the study found that if Mrs May’s deal was pitted directly against the option of Remain in a second referendum, Tory members would grudgingly back her plan by 57 per cent to 18.

The PM was forced to postpone a vote on her Brexit deal last month after Tory whips warned she faced a crushing defeat, with more than 100 of her own MPs threatening to vote against. The crunch vote is now due to be held on or around January 15.

But there are few signs that Eurosceptic Tories are having a change of heart.

A senior source acknowledged that, with just ten days to go before the vote, the situation was ‘still looking pretty challenging’.

Professor Bale said the findings indicated that activists were ‘if anything, even less impressed than MPs’ with her deal. Former leader Iain Duncan Smith said the new polling made it clear Mrs May’s deal was unacceptable to the party. 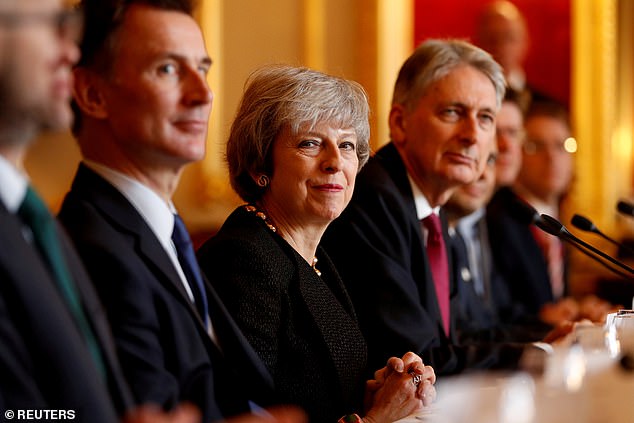 There are few signs that Eurosceptic Tories are having a change of heart, according to a new survey

‘If No 10 thought the Christmas and New Year break would make a difference then they have been proved wrong,’ he said.

‘The pressure coming from members is to kill off this deal, not support it.’

With 83 per cent of members opposed to a second referendum, it suggests any future leadership candidate proposing one would lose. The research was produced by the Party Members Project funded by the Economic and Social Research Council.