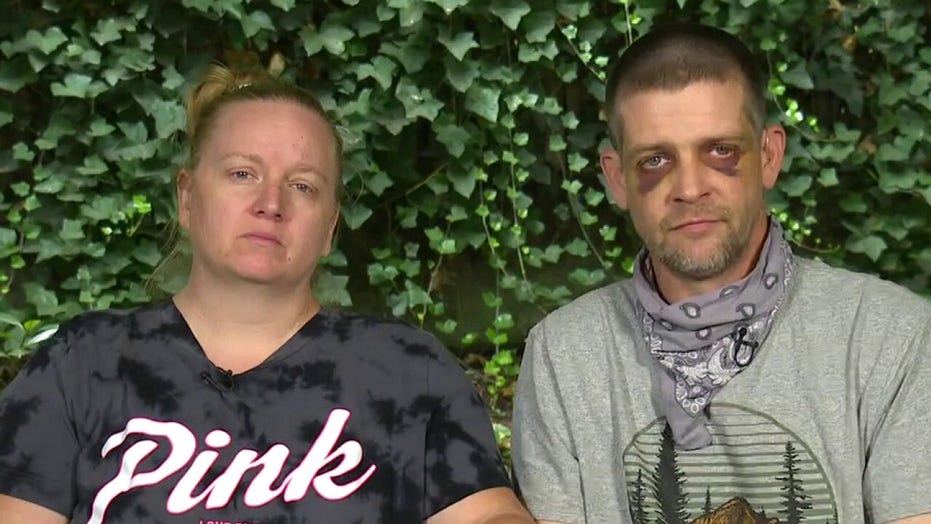 Adam Haner, the man seen in a widely circulated video being brutally attacked in downtown Portland Sunday, appeared on "Watters' World" Saturday to discuss that night.

"I thought that's what they were down there trying to fight, was this kind of behavior toward them, but they're exhibiting the same behavior that they're trying to stop," Haner told host Jesse Watters.

Haner, who appeared with his girlfriend, Tammie Martin, had two black eyes. He also suffered injuries to his legs and ribs.

According to Haner, he and his girlfriend went to a convenience store, then tried to intervene when they saw a young woman being robbed of her backpack.

Haner described the moments before he was beaten by multiple attackers – leading up to a brutal kick to his head.

"I warned everyone to get out of my way when I did start my truck. I'd been down there long enough. They knew when my truck started, to get out of the way," Haner said. "I was down there for a lengthy amount of time. I managed not to hurt anyone while I was down there, but myself, evidently. I can't say the same to them."

When asked how long he waited for help after calling 911, Haner said he doesn't know because he was knocked unconscious. But he did criticize the "long response."

"At least 10 minutes after he had been unconscious, from what I can tell," Martin said. "I mean, nobody would let me near him."

Portland police arrested Marquise Lee Love, 25, in the attack. He turned himself in and was booked into jail Friday morning. He was charged with assault, coercion and rioting, all three of which are felonies.