One of the men charged over the fatal drive-by shootings outside Melbourne's Love Machine nightclub is back in custody over allegations he committed an offence while on bail.

Moussa Hamka has pleaded not guilty to assisting an offender after the shootings outside the Prahran venue on April 14 last year, in which security guard Aaron Osmani and patron Richard Arow were fatally shot. Mr Osmani, 37, was killed at the scene and Mr Arow, 28, died in hospital days later. 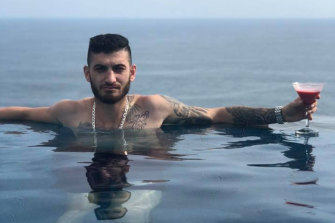 Police allege Mr Hamka, 26, took a gun used in the shootings in the weeks afterwards and hid it in his bedroom, where it stayed until his arrest in late June last year.

Mr Hamka is not accused of being involved in the shootings. But he and the accused gunmen, Jacob Elliott, 19, and Allan Fares, 22, are awaiting trial. Mr Elliott and Mr Fares have each pleaded not guilty to two counts of murder and the attempted murder of three other people.

Mr Hamka was granted bail last year but that was formally revoked in the Supreme Court on Friday, when Justice Paul Coghlan ruled he was satisfied the accused man committed an offence earlier this year.

Police allege that on June 7 Mr Hamka stole personal identification cards, a laptop and coats from a Melbourne apartment. Mr Hamka denies the offending although he told police he was the man seen in CCTV footage. 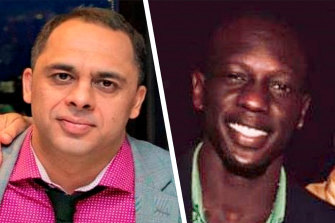 Justice Coghlan said Mr Hamka had failed to abide by one of the conditions set by a magistrate, that he wasn't to commit any offences while on bail.

Mr Hamka's lawyers did not oppose a prosecution application for his bail to be revoked.

But lawyers for his family were successful in having Justice Coghlan adjourn the matter of whether a $50,000 surety is surrendered to be discussed at a later date.

Our weekly newsletter will deliver expert analysis of the race to the White House from our US correspondent Matthew Knott. Coming soon. Sign up now for the Herald‘s newsletter here, The Age‘s here, Brisbane Times‘ here and WAtoday‘s here.