Petulant diner, 53, who dialed 999 to complain McDonald’s staff had put onions on his Big Mac then spat at police when he was arrested on his wedding anniversary is fined £190

A customer was arrested at a McDonald’s restaurant after he dialed 999 to complain kitchen staff had put onions in his Big Mac.

Insurance worker Leslie McDonagh, 53, called emergency services and told the operator he had got the ‘wrong meal’ and could not eat onions due to a ‘severe allergy.’

When officers arrived at the Oxford Road branch in Manchester city centre they found McDonagh had also challenged the restaurant manager to a fist fight.

When police asked him to leave, he fell to the floor then grabbed an officer’s leg as they attempted to get him to his feet.

He then spat in the PC’s face as he was being escorted out of the premises.

McDonagh, from Atherton, had left a works party early to meet his wife for their wedding anniversary but went into McDonald’s restaurant for a snack on his way home.

He claimed to have drunk six cans of lager in the run up to the incident.

At Manchester Magistrates’ Court McDonagh admitted assault by beating of an emergency worker and being drunk and disorderly in a public place.

He was ordered to complete a 12-month community order plus 120 hours unpaid work. He was also fined £190.

The incident took place at around 10.30pm on December 21, the evening dubbed ‘Mad Friday’ – one of the busiest nights of the year which sees thousands of workers celebrating finishing work for the Christmas period. 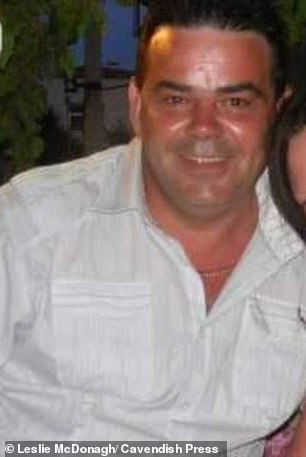 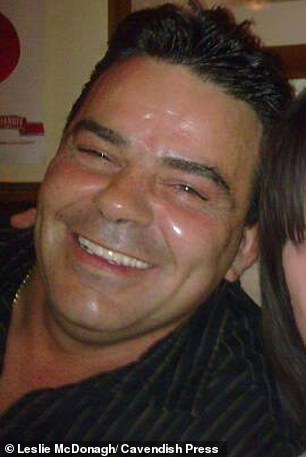 McDonagh, from Atherton, had left a works party early to meet his wife for their wedding anniversary but went into McDonald’s restaurant for a snack on his way home

Prosecutor Paul Sumner said: ‘The defendant stated that he got given onions on his burger and he wasn’t happy with it so there had been a disagreement.

‘He asked the manager outside for a fight.

‘The defendant called the police himself. Police informed him that his food order being incorrect was not a valid reason to call them and they requested him to leave.

‘They tried to escort him out of the premises, he’s fallen to the floor and attempted to grab hold of the legs of the officer.

‘The police then were able to hold the defendant by his arms in the scuffle and escort him out of the store.’ 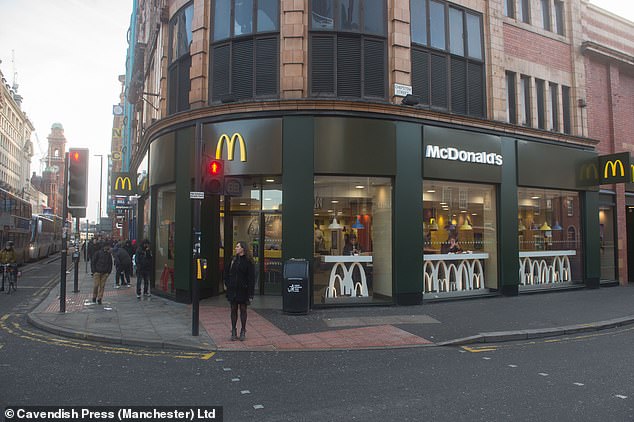 In mitigation defence lawyer Claire Parrot said: ‘It wasn’t just an argument about the order being wrong, the defendant has severe allergies.

‘He specifically asked for something to not be in his food and it was. That is how this started.

‘He left early because that night was his wedding anniversary. He had this argument about his food and thought McDonald’s did not deal with it appropriately. Of course he now realises that this was not a police matter. He called them as did the McDonald’s staff.

‘His memory of the incident isn’t complete but he was quite clearly utterly embarrassed and ashamed. This was not a planned attack on the officer, he says that he’s not a violent person.’

One called to say they were outraged that KFC had run out of chicken while others moaned about breakfasts not being served quickly enough.