The body of a man has been found after an explosion which caused a building to collapse in Andover this morning, Hampshire Police said.

The blast – feared to have been caused by a gas leak – destroyed the home and shook others around it.

Surrounding houses in Launcelot Close, off King Arthurs Way, were evacuated after the explosion.

A statement from Hampshire Fire and Rescue Service and Hampshire Constabulary said: ‘The body of a man has been found after an explosion in Andover at about 2.30am this morning (December 27).

‘The explosion caused a building collapse in Andover.

Launcelot Close in Andover on Thursday, where the body of a man has been found after an explosion caused a building to collapse 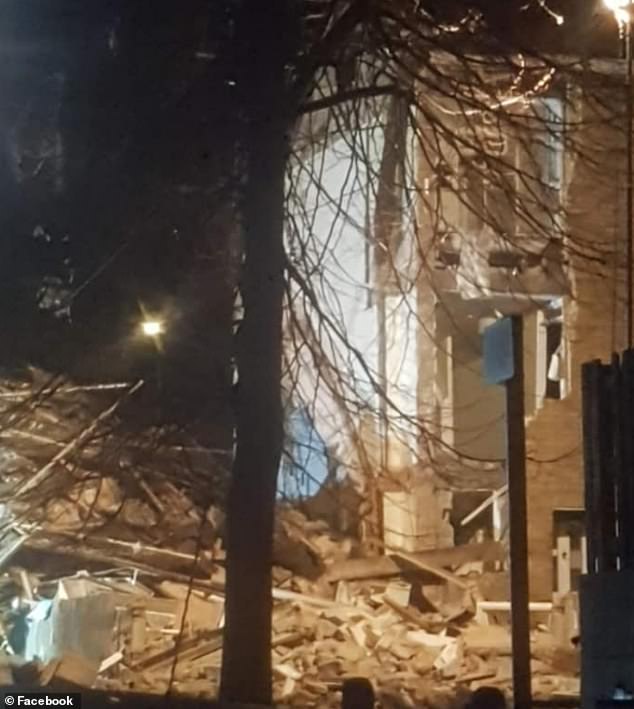 Pictures of the devastation can be seen on the street off King Arthurs Way in Andover. Fire crews found one man dead 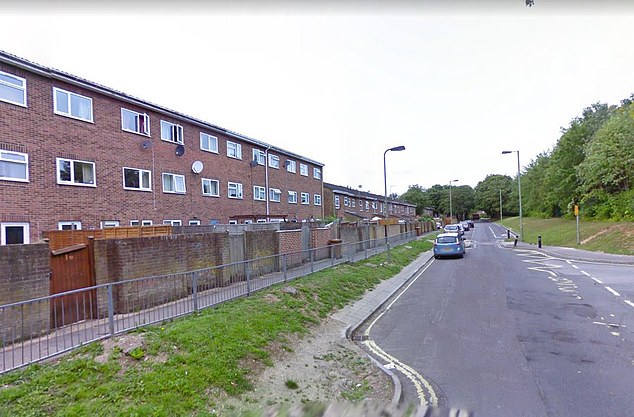 ‘Hampshire Fire and Rescue Service and its Urban Search and Rescue teams are continuing to search the scene.

‘A joint fire and police investigation is under way.’

Piles of broken bricks, masonry and other rubble lie scattered round the house, with some walls still standing.

One resident, Liam Johnson, 33, said: ‘I live about quarter of a mile away and there was this terrific explosion.

‘It was like a bomb going off and me and my wife and two kids all woke up – we were terrified.

‘A few minutes later you could hear sdirens and see blue lights flashing as police and fire engines raced past.’