Married psychiatric nurse, 39, who had sex with girl, 15, then helped her have an abortion is jailed for more than seven years over ‘exceptional breach of trust’ 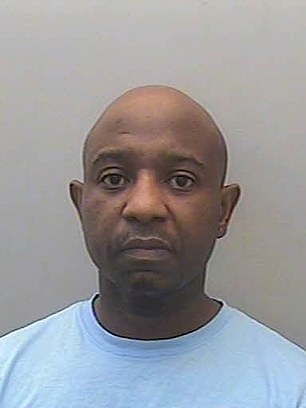 Married Givemore Gezi (pictured) of Chudleigh, manipulated the girl and had a sexual relationship with her before getting her pregnant, Exeter Crown Court heard

A mental health crisis worker who groomed a vulnerable 15-year-old girl he was supposed to care for before getting her pregnant and arranging an abortion has been jailed.

Married Givemore Gezi, of Chudleigh, Devon, manipulated the girl and had a sexual relationship with her before getting her pregnant, Exeter Crown Court heard.

Prosecutor Heather Hope said: ‘He used his position to groom her.’

Gezi, 40, said she was ‘special to him’ and they were boyfriend and girlfriend even though she was just 15 years old.

Miss Hope said that he had sex with the girl at will when she was under his care in Torbay, Devon.

The court heard he started taking her on car trips to beauty spots and isolated woodland around Devon where his abuse started with kissing and cuddling and moved on to groping and oral sex.

Gezi told her he was 28 and in love with her and deceived her into believing they were in a normal boyfriend-girlfriend relationship. In reality, he was 39, and married with two children.

He started having full sex with the girl when she turned 16 and helped her arrange an abortion after making her pregnant. He carried on seeing her even after the police started investigating.

Miss Hope said: ‘He continued the relationship with her even after the authorities became aware of what he was doing.’

She said Gezi ‘also emotionally controlled her’ and said the victim suffers from depressive episodes, PTSD and self harming and had difficulty trusting people, particularly those in authority. 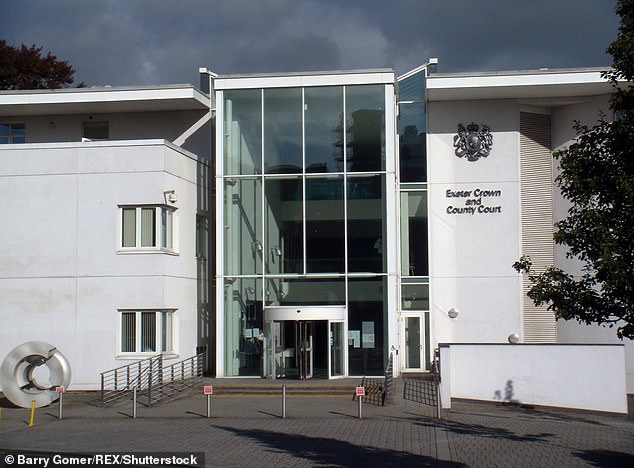 Miss Hope said the girl did not want to confide in them what was going on in her life and Gezi ‘used that to his own advantage to ensure he was able to manipulate her’.

‘She believed that he was the one person she could truly trust and that he and she were in a proper, healthy, normal relationship together.’

Gezi’s wife became suspicious that he was having an affair and rang a number which she found on his phone, without realising that the ‘other woman’ was a teenaged patient.

He was jailed for seven years and eight months by Judge Timothy Rose at Exeter Crown Court, who ordered him to remain on the sex offenders register for life and banned any future contact with children again under a Sexual Harm Prevention Order.

The judge toldhim: ‘You knew precisely what you were doing and precisely how wrong it wasand how criminal it was and how damaging and abusive it was.

‘You embarked ona process of grooming which was grossly calculating, manipulative and deceitful. You lied to her about your intentions and motivation.

‘I can only conclude you did it for your own personal sexual gratification and without regard for your professional standards or the damage and harm you inflicted on the victim.

‘You knew full well her vulnerability. She showed huge courage in her willingness to give evidence.

‘There are many aggravating factors. There was planning, grooming, the specific targeting of a particularly vulnerable child, and an exceptionally high abuse of trust.’

Miss Heather Hope, prosecuting, said Gezi had abused his position of trust to groom the girl and start a sexual relationship.

He asked her to have full sex from the first meeting, but it was her decision to wait until she turned 16.

She should have moved on to other treatment when she turned 16 but he retained control of her care and started having sex with her. He admitted doing so on at least four occasions while he was her carer.

Miss Hope said: ‘Instead of providing her the with help and support she needed, he used his position to groom her into believing she was special to him and they were boyfriend and girlfriend. At that time she was just 15.

‘Within that context he manipulated her to the point where he was able to sexually assault her and have sex with her. When she became pregnant he ensured she had a termination without anyone knowing he was the father.

‘He was supposed to be safeguarding her from precisely the type of behaviour he engaged in.’

The girl made a moving victim impact statement which said she is still confused because she is still in love with Gezi, who she knew as Tony, or at least with the man he pretended to be.

She said: ‘While Iwas in a relationship with Tony, he made me believe he loved and cared for me and made sure I trusted him and would do anything he asked of me.

‘I did not realise at the time he was taking advantage of me, probably when I was at my most vulnerable time, when I had no support network of family or friends and was struggling with my mental health and had issues of self harm.

‘He cut me off from seeing any other professional so I would be completely isolated and had only him to go to. He has left me with so many feelings and questions.

‘I still loveTony. I think I always will, although I think I love the version of Tony he spun for me and not the Tony other people told he really was. I now realise I cannot love someone who never existed.’

Mr Gareth Evans, defending, said Gezi now accepts full responsibility for his actions and wants to apologise to the victim for the damage he has done.

He said he has lost his family and his career and will now lose his liberty as well.

Gezi is a registered mental health nurse and was the director of two care companies, one of which is registered in Chudleigh.

He was suspended bythe Nursing and Midwifery Council at a hearing in London on May 30 at which he was not present.