The governor was waiting to deliver her remarks at the Democratic National Convention when she began joking with staff about "Shark Week," a popular Discovery Channel television event that's become mainstream fodder. 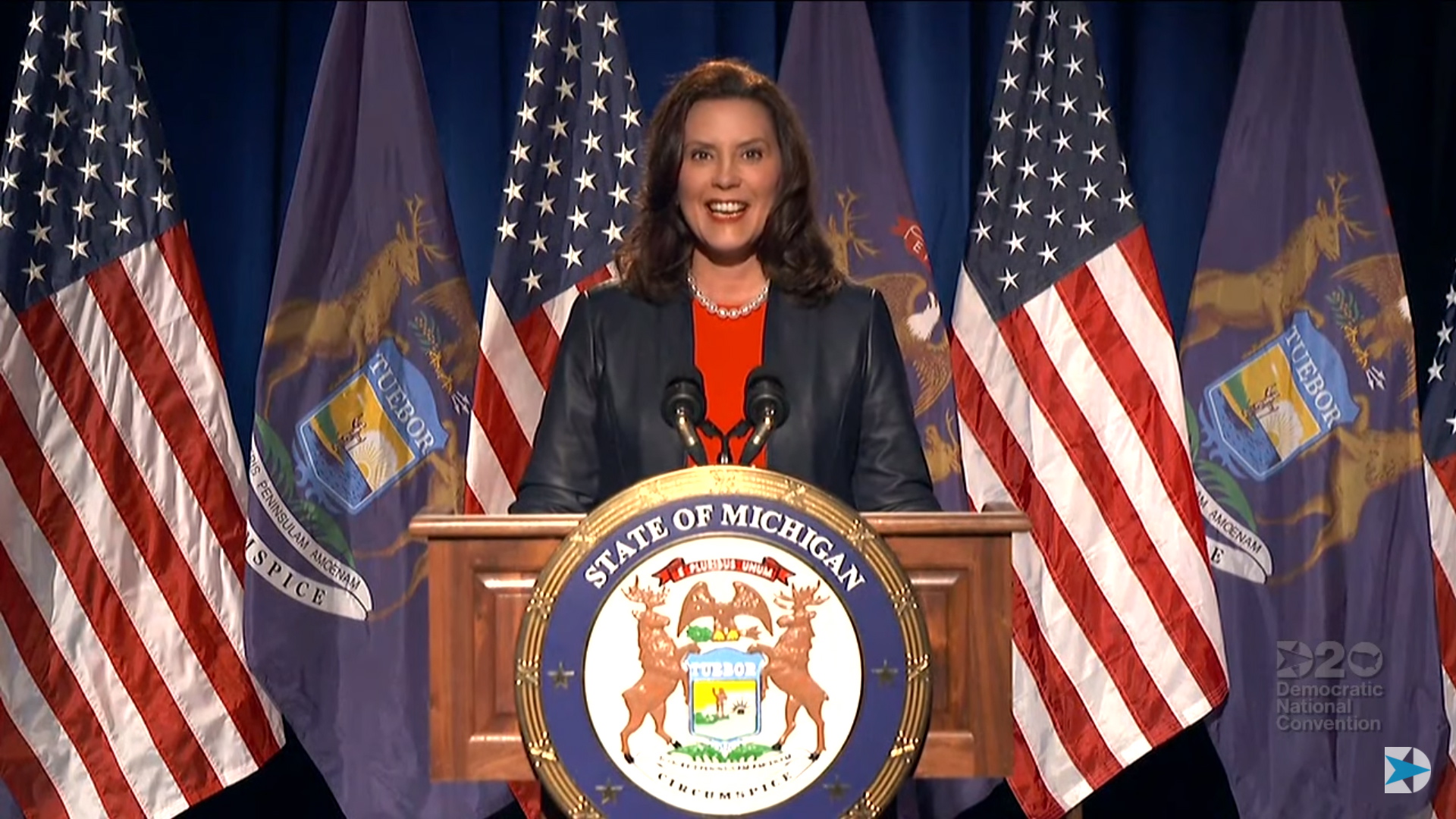 While at the podium just before going live, Whitmer said "It's not just Shark Week," before taking a pause and resuming "It's Shark Week…" and mouthing the word "motherf*****."

The video of the incident leaked out Tuesday included those watching Whitmer out of view from the camera laughing.

"I have learned about the hot mic," Whitmer joked, clarifying why she didn't say the full phrase.

The joke was not broadcast live during the convention. Instead, her five-minute speech praised the Democratic ticket of Joe Biden and Kamala Harris with fewer than three months to go until the election.

Whitmer also slammed President Trump for his response to the COVID-19 pandemic.

"We took this pandemic seriously in Michigan," Whitmer said. "We listened to medical experts, we planned. With a lot of work from auto workers, and too little help from the White House, we executed our plan."

"We saved thousands of lives," she continued. "Joe Biden and Kamala Harris will lead by example. It will be science, not politics or ego, that will drive their decisions."