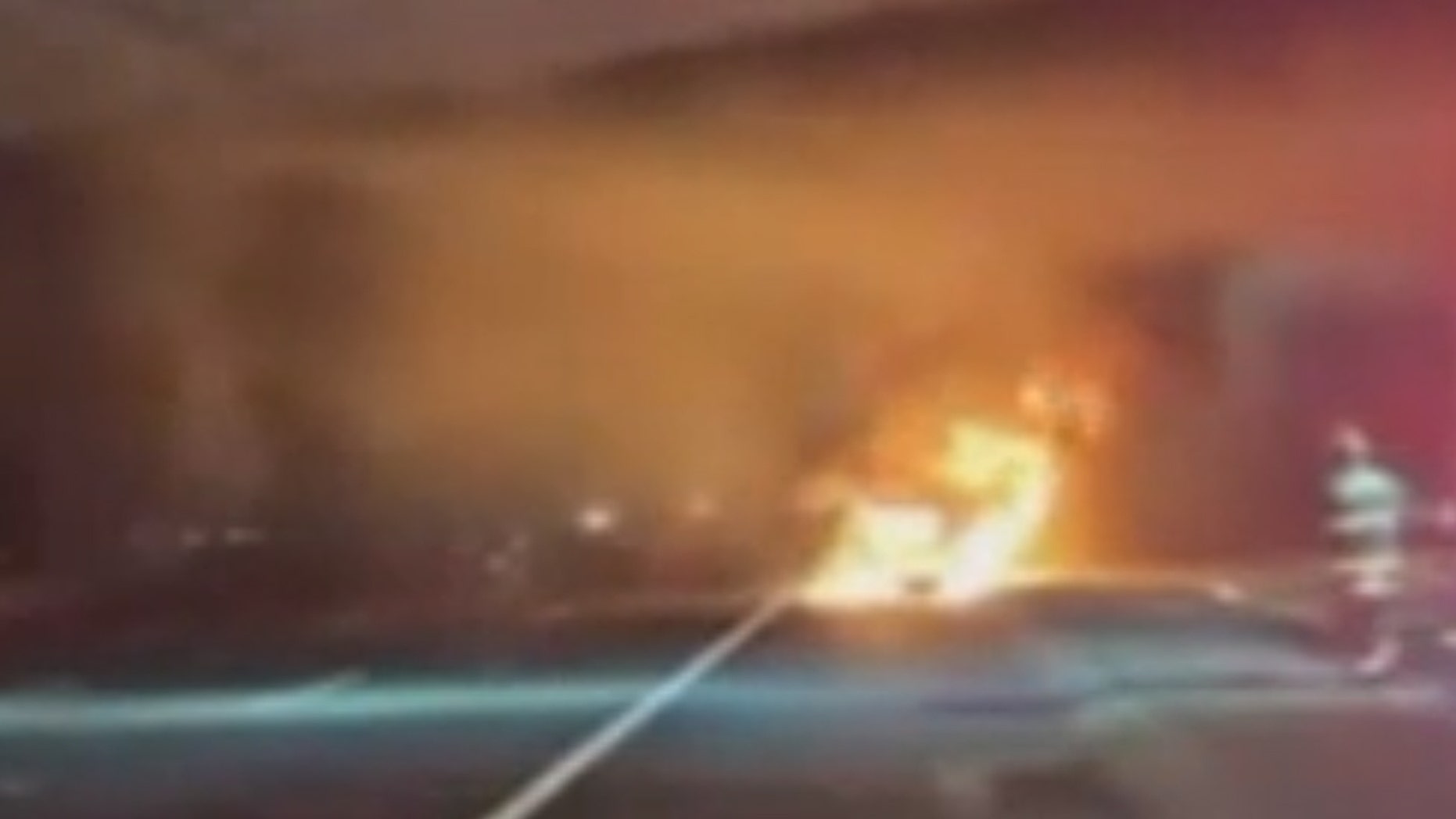 No one was seriously injured after a multiple vehicles were involved in a crash and explosion alongside I-80 in California.
(FOX 40)

Multiple vehicles were involved in a dangerous collision early Friday morning on I-80 in California, but miraculously no one was seriously injured.

Jon Westerman and Anthony Valdez were on the scene and shared with FOX 40 a video, which showed a vehicle on fire, sparking explosions under an overpass before a pickup truck struck another vehicle at the scene.

"Oh my God. Man, Heavenly Father, I pray right now, God, that you will just keep everybody safe in that car made it."

Westerman and Valdez were headed to Paradise, working with a private traffic management service, when they witnessed the scene.

Smoke from the fiery vehicle caused visibility issues underneath the overpass, and just as fire crews arrived at the scene, a car was struck by a pickup truck.

"That guy just came barreling through there, hit that car, launched into the air, flipped over onto its roof, went sliding," Westerman told FOX 40. "And that’s when we put the car in drive and took off over there to that guy. We knew he was in bad shape.”

The man in the flipped over pickup was pulled out through the windshield, and authorities say he only suffered minor injuries.