MITCH McConnell seen with "bruised" fingers again during a Kentucky campaign event days after he denied having any health problems.

Photographs taken on Wednesday show McConnell appearing to still have dark patches on his knuckles. 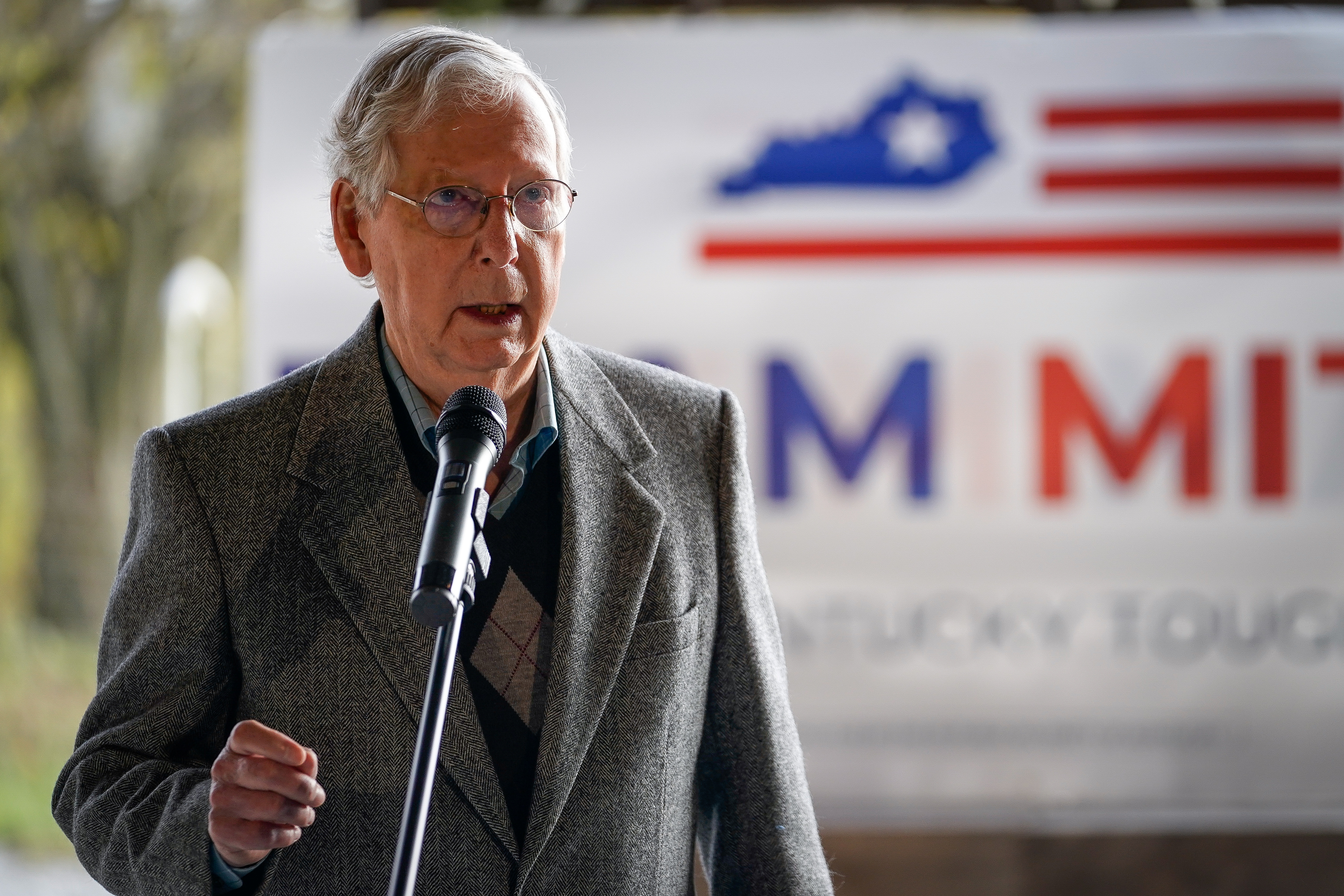 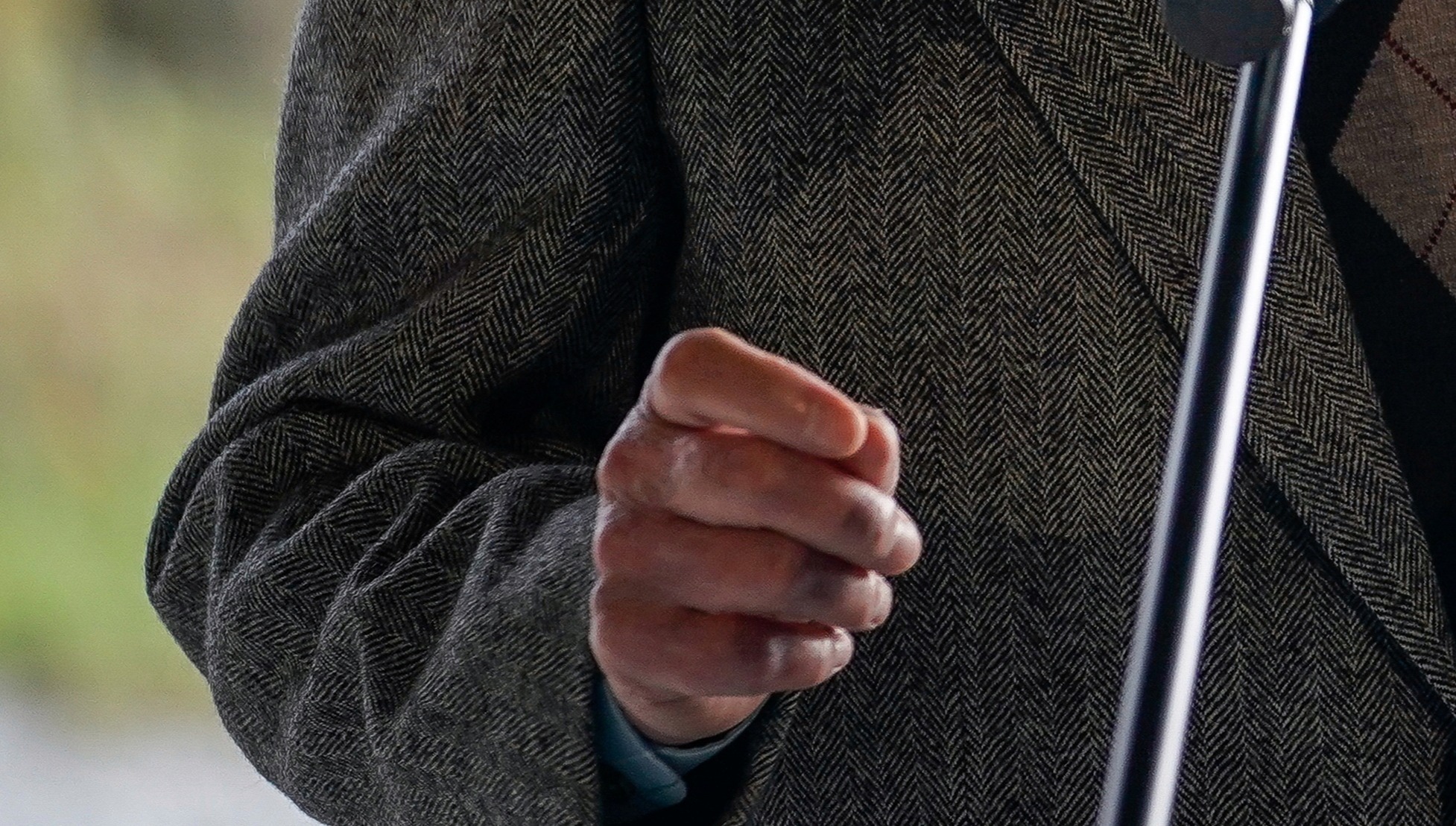 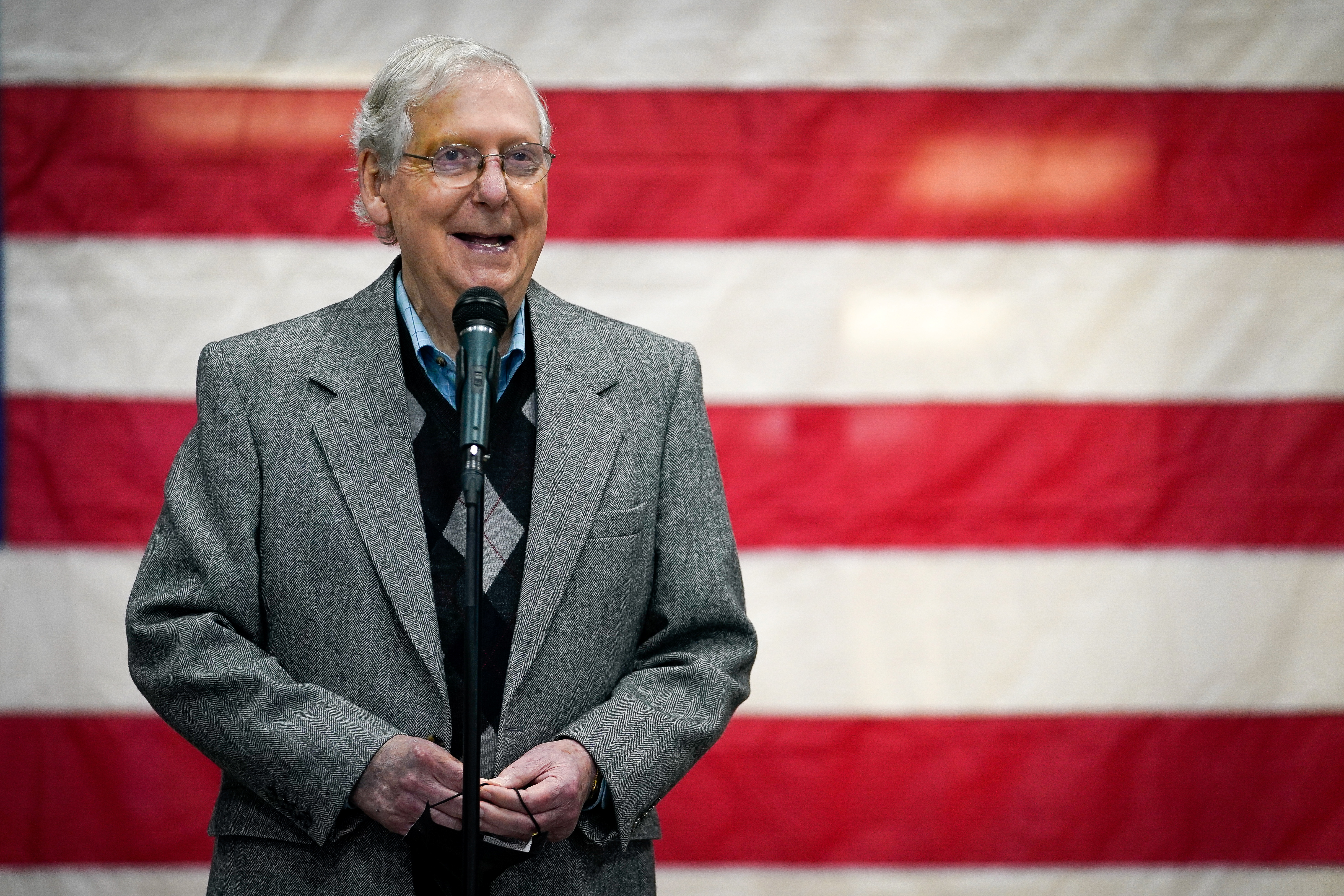 Reporters asked the Senate Majority Leader on Thursday about his bandaged hands and bruises on his lips and hands, asking he had any health problems the public should know about.

"Of course not," McConnell responded when asked if he had any health issues people should know about.

This is the second time in one week that his purple hands stood starkly against his pale skin. 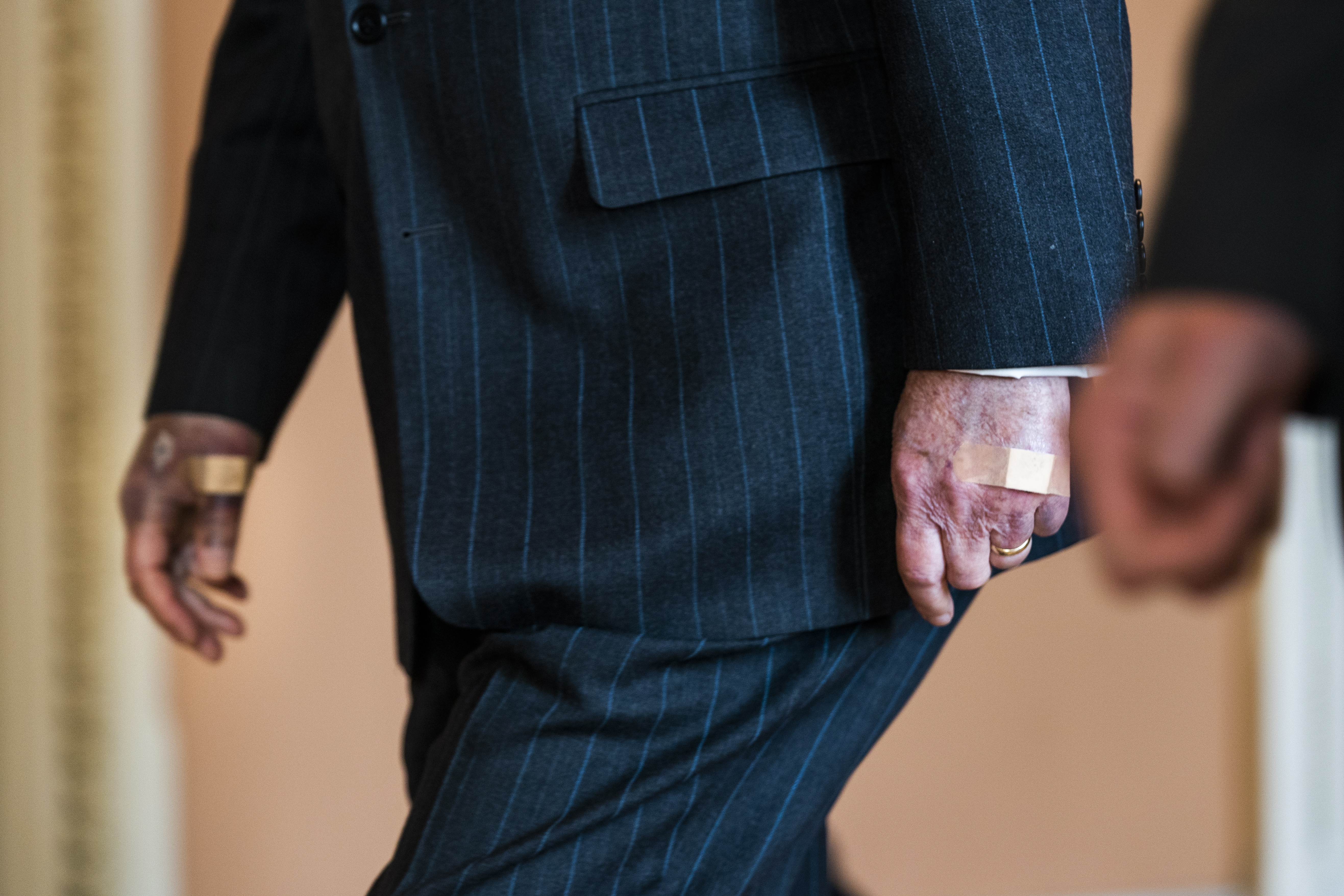 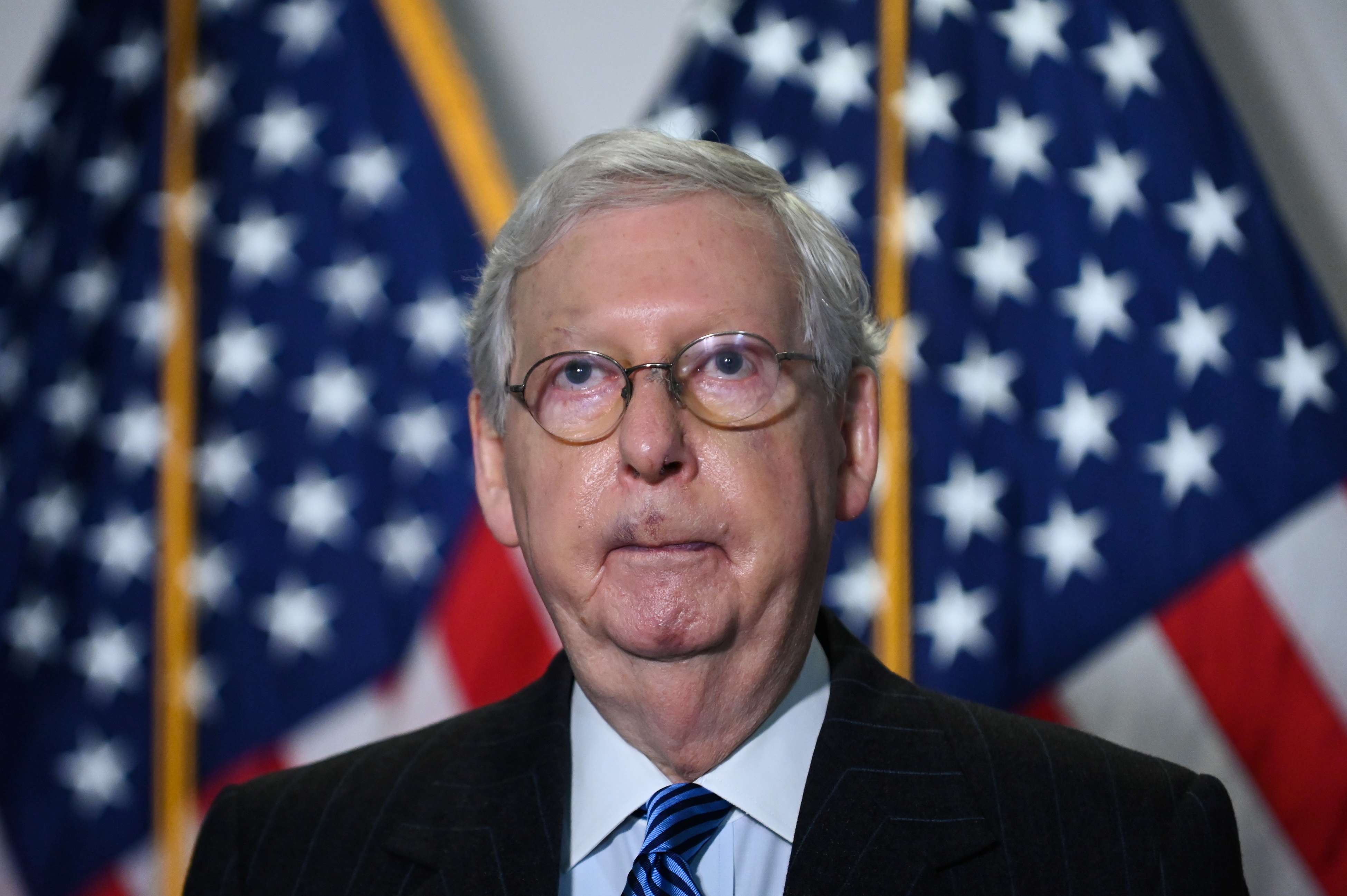 "I think it’s just a bruise," she continued, "a solid good bruise."

As skin ages, it loses elasticity and its cushioning layer of collagen. This in turn makes the skin fragile, which could be complicated by a number of factors like prior chronic sun exposure. Bruising then becomes easier when someone is taking a blood thinner.

"It’s really just from anything that creates some trauma that causes blood to leak out from the vessels under the skin," Day said.

However, Day expressed caution that should McConnell continue to show signs of bruising in his hands, he should go to a doctor immediately.

"It’s not a problem if it goes away. If you do bruise and the bruise does not go away, then you need to see a hematologist," she said, adding a blood doctor would be able to find underlying issues. 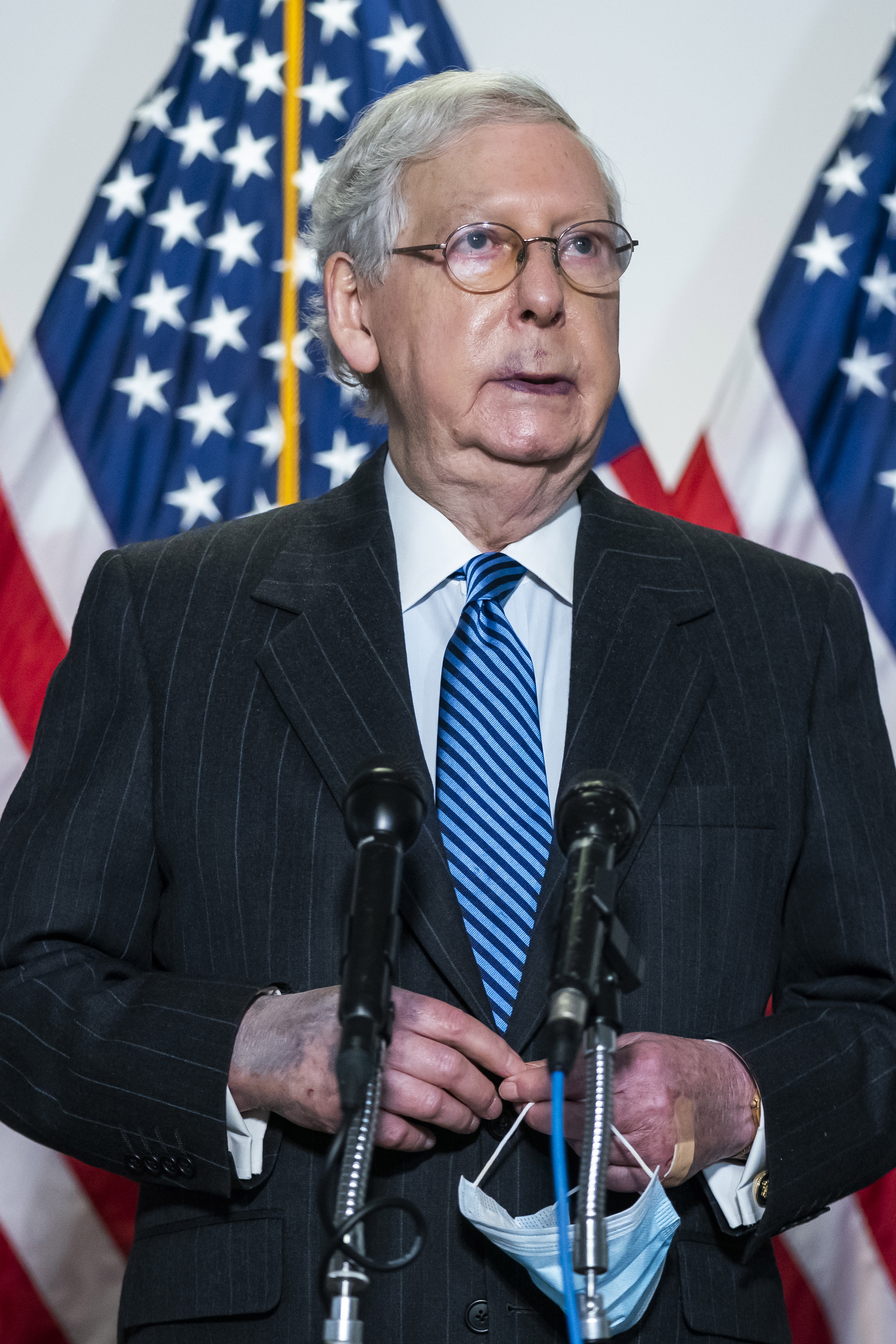 A dermatologist at the Schweiger Dermatology Group in Manhattan and Long Beach agreed with Day's assessment as how to treat the bruising.

"There’s not really much you can do," said Dr. Jeremy Fenton. "You can try some things, topical treatments that can build collagen and thicken the skin, such as retinoids, lactic acid lotions, but it’s going to be an uphill battle."

Although Fenton agreed it looks like purpura, he wondered how McConnell got such bruised hands.

"If someone was trying to draw blood from him, especially if someone is on blood thinners, that can cause significant bruising," he said.

"But why does he have the bruising on his lips too? That wouldn’t be explained by someone drawing blood," he said, offering a rebuttal.

Unless McConnell gives a context for his bruising, people will continue to speculate what health problems he may have. However, Day says his hands won't stay purple for too long.

"They’ll go from purple to green to yellow before fading away," she ended.