DRAMATIC footage shows the moment a dad stabbed his daughter's alleged rapist to death in front of horrified onlookers.

The incident took place in the city of Leon in the central Mexican state of Guanajuato on September 1. 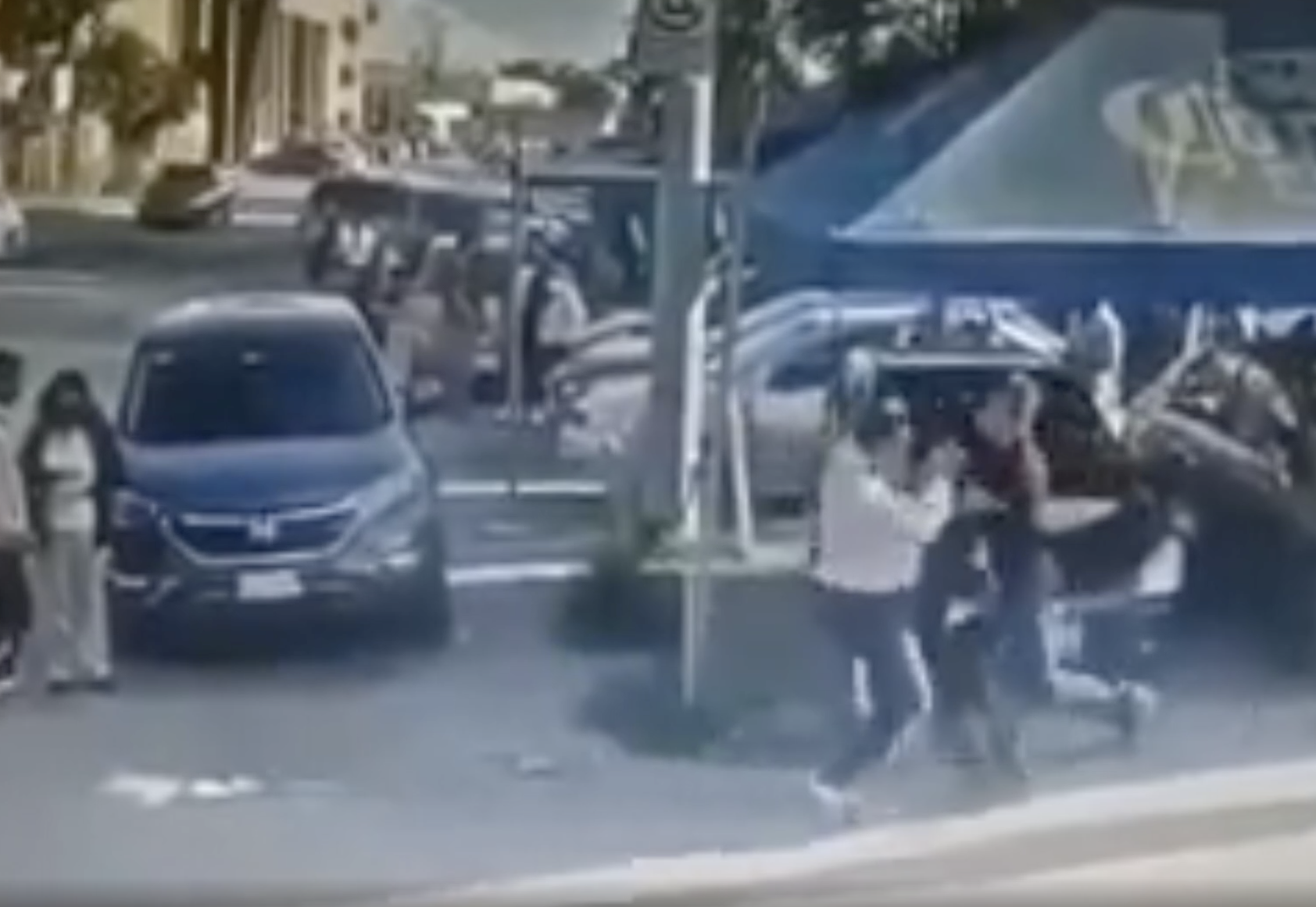 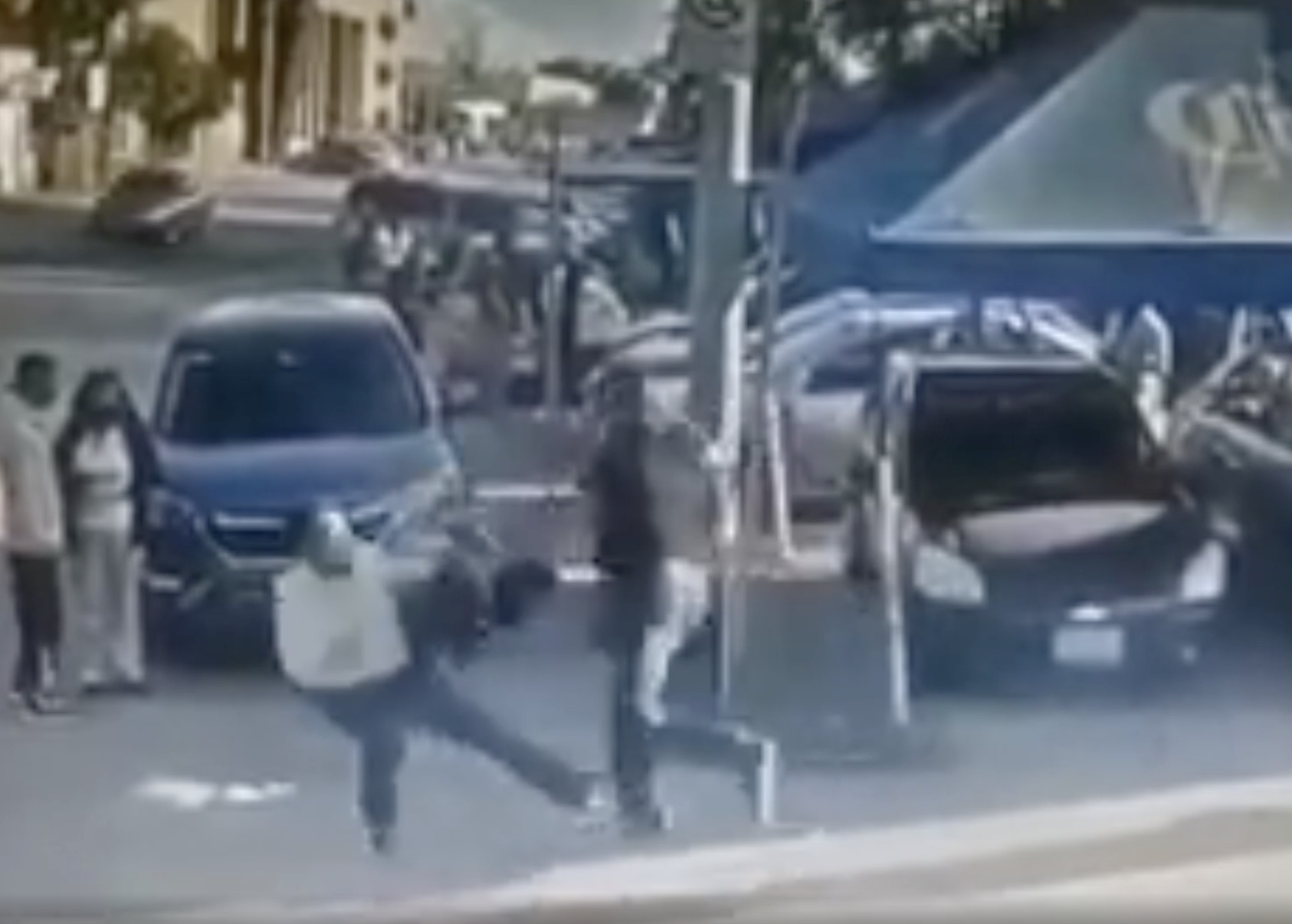 The father, named as Luis Manuel, reportedly believed his daughter had been raped by another man, named as David Enrique.

The age of Manuel's daughter is not clear, though she is reported to be a minor.

Security footage shows Manuel stood in a parking lot by a car as Enrique talks with a couple a few metres away.

Enrique then turns to walk away from the couple and in the direction of Manuel, though doesn't appear to notice him.

As Enrique draws level with him, Manuel jumps forward and appears to stab him in the upper torso.

Enrique falls backwards and onto the floor as Manuel lunges after him and kicks him in the back.

He then continues to punch him as Enrique kicks at him and others try to pull him away.

Manuel then moves away and people gather round to help Enrique.

The incident reportedly unfolded near the entrance to the city's public prosecutor’s office.

Manuel was detained shortly afterwards by officers on duty outside the building.

Enrique reportedly suffered a stab wound to his chest.

He was taken to a nearby hospital for treatment but died the following day, Televisa reported.

State prosecutors confirmed that Manuel has been arrested for killing his daughter’s alleged rapist.

He has now been sent to a pre-trial detention centre, and a full investigation is underway.

It is unclear how old the suspect’s daughter is and if her alleged rapist was being officially investigated over the claim. 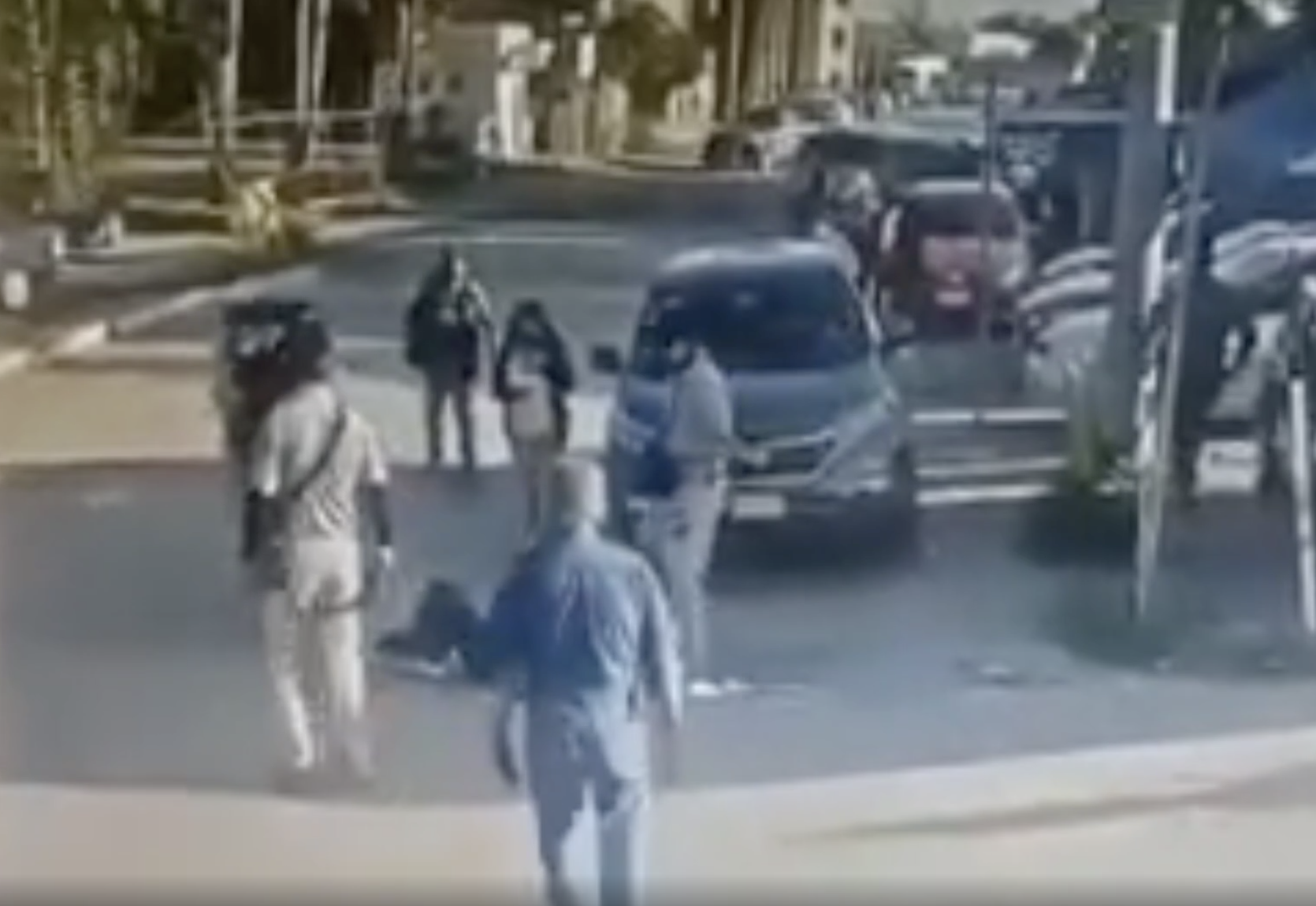