Police warn of fake foreign currency exchanges after £8.5m is laundered for London gangs – as Maserati-driving crime boss who lived in £2.6m Chelsea flat is jailed for seven years 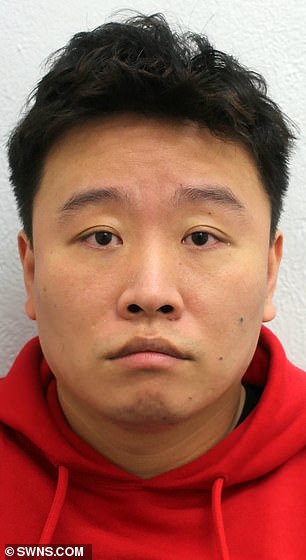 Wei Han, 36, pictured, was jailed for seven years after the illegal money laundering gang he was running in central London was busted by police

Wei Han, 36, drove around in a Masarati and lived in a £2.6m apartment and also bought expensive jewellery and designer watches while heading the highly lucrative operation.

Han and three others tricked Chinese students into offering their bank details on the pretence of securing better exchange rates.

Once they had their account numbers and sort-codes the gang funnelled £8.5 million of dirty money through their accounts.

Detectives launched a covert operation and finally ambushed Adan Fuller, 20, as he handed over bags containing £500,000 in cash to Jie Huang on January 18.

After the money was handed over officers arrested the pair and caught ringleader Han trying to burn paperwork inside a nearby flat.

A few hours later his plush £2.6m home on Ives St, Chelsea, was raided by officers who found Cartier and Rolex watches alongside his extravagant jewellery collection.

Police then found a Bentley and a Maserati in the garage.

Fuller, Han and Haung were charged with conspiracy to launder money on January 19.

Weng Li, 26, was later charged with the same offence after police found evidence she had taken control of the cash owned by the gang. 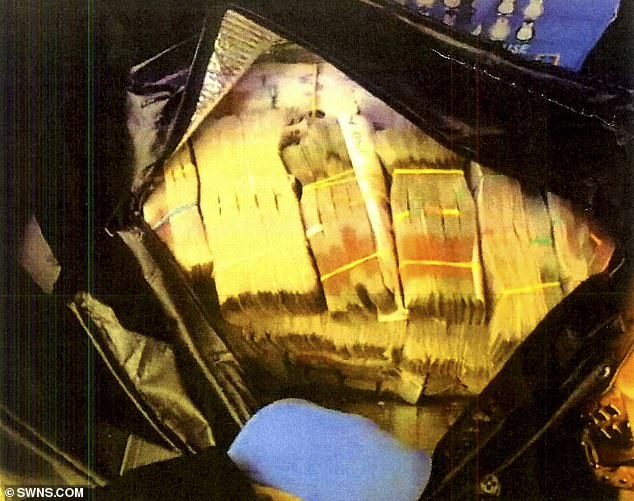 Police recovered £500,000 in cash from the boot of a gang member’s car, pictured 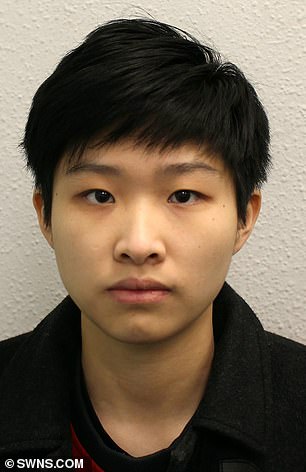 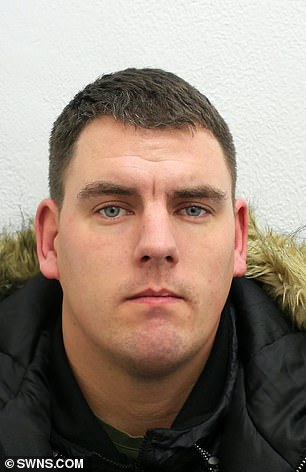 Weng Li, left, and Adam Fuller, right, were both jailed for two years and four months for their role in the conspiracy

Police were able to bring the case against the four after identifying high-end shopping sprees recorded on their bank statements.

Throughout the course of the investigation, detectives identified £3.7m of bank deposits and designer retail spend linked to the laundering conspiracy from July 2017.

Han and his three accomplices all admitted conspiracy to launder money. 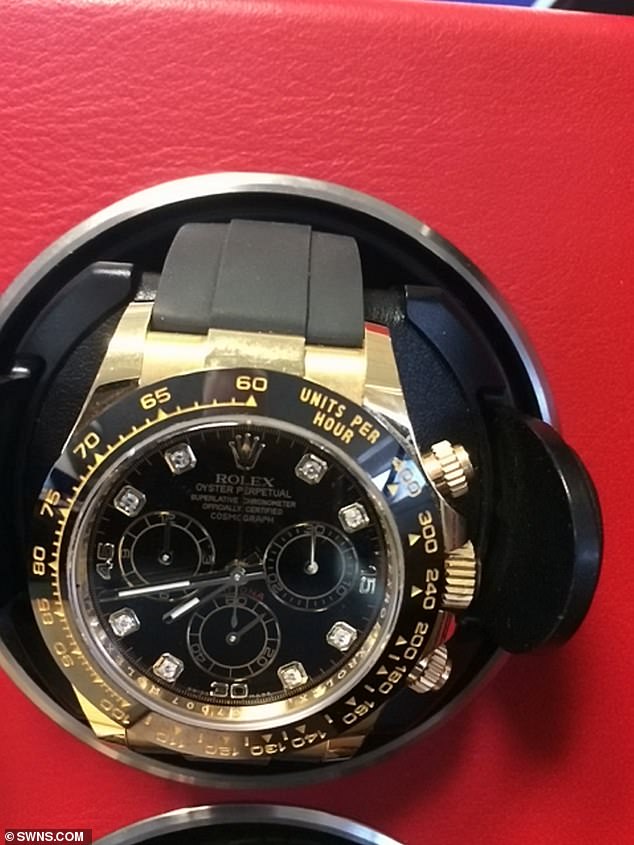 Huang, of Harlow, Essex, was sentenced to three years and four months imprisonment

Fuller from Coventry, was sentenced to two years and four months imprisonment

‘Those convicted targeted innocent students who unwittingly supported their criminal network. I hope this case serves as a reminder to the public to not be tempted to use unlicensed money exchange services.

‘This type of criminality will not be tolerated, and the group will now face justice for the part they played in this organised crime.’