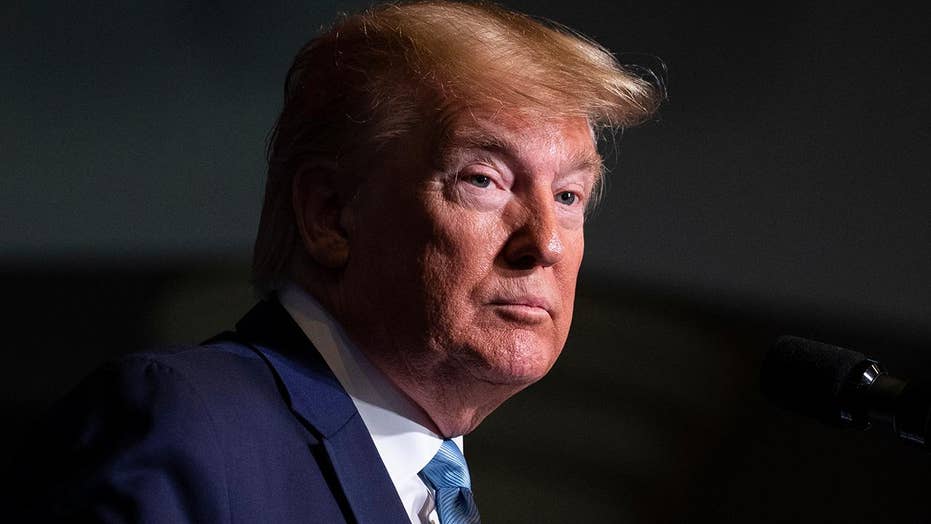 Angry critics of President Trump’s decision to authorize the killing of Iran’s top military general protested in at least 70 locations throughout the U.S. on Saturday, including New York City's Times Square and outside the White House.

Dozens of planned protests were spearheaded nationwide by Act Now to Stop War and End Racism, a U.S.-based anti-war coalition.

“No justice, no peace. U.S. out of the Middle East,” about 200 protesters chanted outside the Trump Tower in Chicago, USA Today reported. Protesters held signs that read “stop bombing Iraq” and “U.S. troops out of Iraq.” 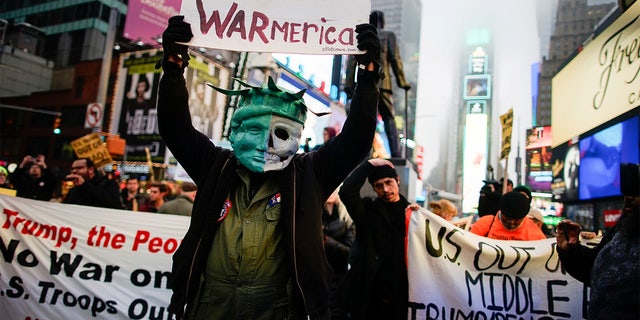 Belgica Gonzalez told the publication that Trump should work on domestic solutions for poverty and racism instead of starting foreign wars.

“Latin America, Afghanistan, Iraq – It’s enough,” said Gonzalez, 34, a nurse’s assistant from Washington Heights in upper Manhattan. "We have millions of poor. We have to try to fix things here.”

WHO IS QASSIM SOLEIMANI, THE SHADOWY LEADER OF THE ISLAMIC REVOLUTIONARY GUARD CORPS' QUDS FORCE? 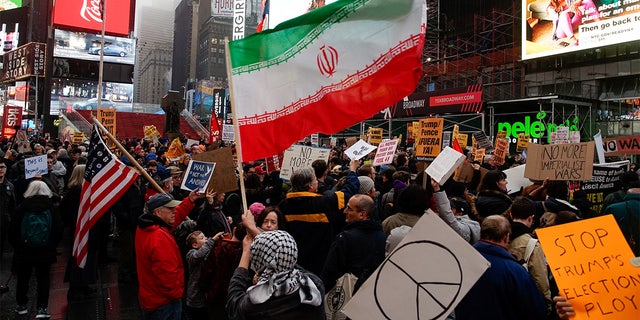 People marched as they take part in an anti-war protest at Times Square. (REUTERS/Eduardo Munoz)

Many protestors opposed war with Iran, and criticized the U.S. killing of Iranian Gen. Qassem Soleimani, calling it an illegal action taken without consulting Congress.

Trump said in a tweet Friday that he ordered the killing of Soleimani because the military leader was “plotting to kill” many Americans and that “he should have been taken out many years ago.” 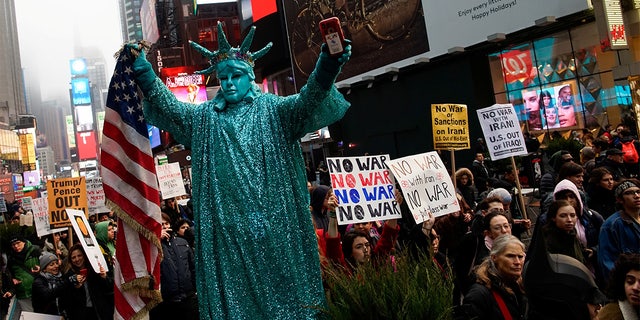 People marched as they take part in an anti-war protest at Times Square. (REUTERS/Eduardo Munoz)

"Why is the U.S. constantly, constantly at war, constantly in other countries intervening? And it’s because war is profitable. Destruction and death is profitable, and that is all the U.S. empire is focused on. It values profits over human lives," a Times Square protester told NY1.

Several hundred demonstrators associated with Massachusetts Peace Action gathered in Boston, where they gave speeches, marched and held signs that said “No War on Iran!” and “Money For Jobs & Education Not For War & Occupation.”

Cole Harrison, the group’s executive director, said war with Iran would fail to achieve any of its aims, launch an entire region into a conflict and bring about civilian suffering.

Harrison said protesters are demanding that presidential candidates and members of Congress speak out on the crisis and that Congress take urgent action.

On Saturday, the White House sent Congress formal notification of the drone strike under the War Powers Act, according to a senior administration official who was not authorized to discuss the matter publicly and requested anonymity. The notification, required by law within 48 hours of the introduction of American forces into an armed conflict or a situation that could lead to war, has to be signed and sent to Congress.

The document sent Saturday to congressional leadership, the House speaker and the Senate president pro tempore was entirely classified, according to a senior Democratic aide and a congressional aide who were not authorized to discuss the matter publicly and requested anonymity.

It was unclear whether any information would be made available in a public release. 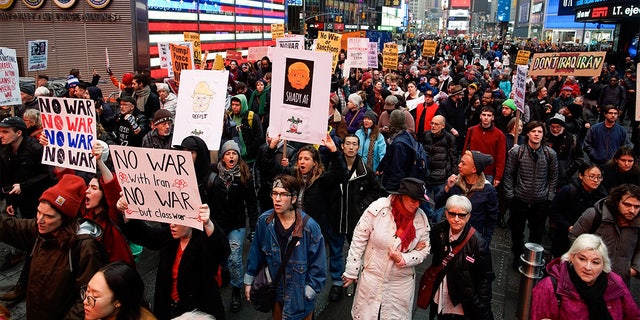 Medea Benjamin, an activist with the anti-war group Code Pink, told The Guardian that protesters are furious that the president flip-flopped on his America First pledge to keep the nation out of “endless wars."

“Donald Trump said he was going to end these wars,” Benjamin said at a D.C. rally. “And here he is plunging us in the abyss of war with Iran.”