The mother of ex-Labour frontbencher Kate Osamor – who quit over a drug dealing scandal involving her son – has taken her own place in the House of Lords today.

Baroness Osamor was flanked by supporters as she swore the oath of allegiance to the Queen, just days after her daughter Kate resigned from the Labour party.

She was reported to the Parliamentary standards watchdog after continuing to employ her son Ishmael despite his having a recent drugs conviction. 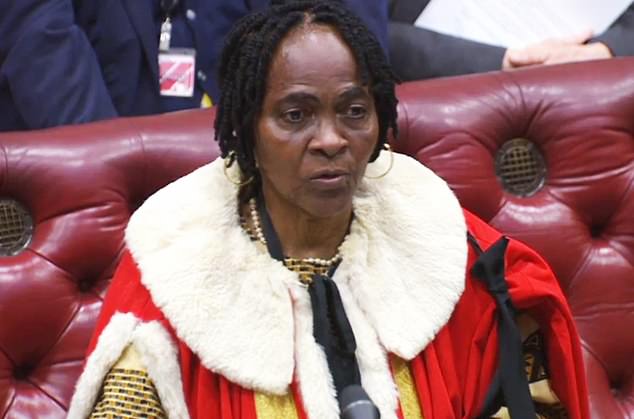 The Baroness Osamor (pictured) was sworn into the House of Lords today, just days after her daughter Kate resigned from the Labour frontbench 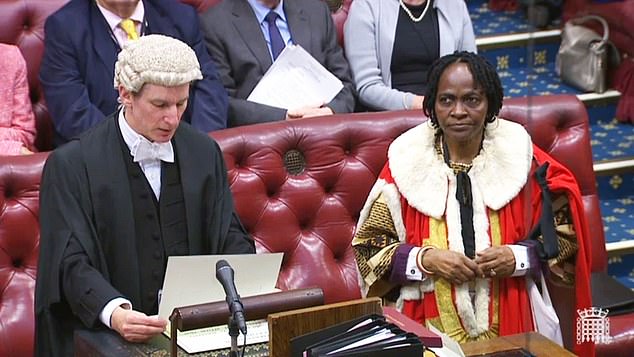 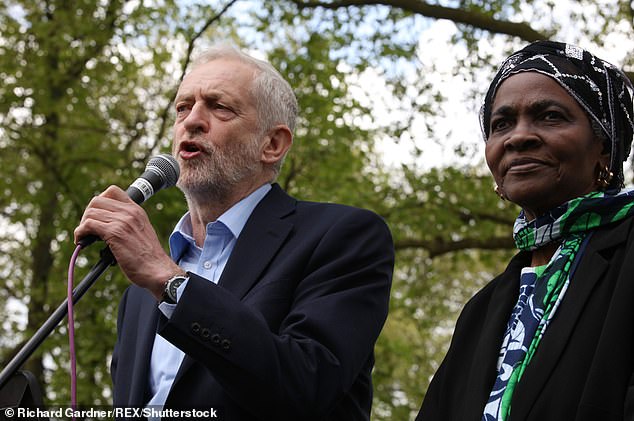 Baroness Osamor (right) was nominated to the House of Lords by Labour leader Jeremy Corbyn (left). The two are seen here during the general election campaign in April 2017

Her mother, Martha, now Baroness Osamor, is not free from controversy herself – having previously supported activists suspended from Labour over alleged anti-Semitism.

Jewish groups today labelled her appointment to the House of Lords a ‘two-fingered salute’ to their community.

The civil rights campaigner signed a letter protesting over the suspensions of party members for alleged anti-Semitism, including Ken Livingstone, who was suspended over claims that Hitler supported Zionism in the 1930s. 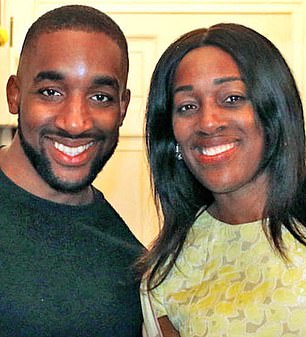 Kate Osamor’s son Ishamel, 29, (the two are pictured together) had been found with drugs worth £2,500 at the Bestival music festival in Dorset in 2017 and was given a community sentence on October 19

Mr Livingstone subsequently resigned from Labour, saying the issues around his suspension had become a distraction.

She was supported by both Lord Harris of Haringey and Baroness Lawrence of Clarendon in her appointment today – but the controversy around her family rolls on.

Kate Osamor resigned from the Shadow Cabinet on Saturday amid claims she threatened a journalist with a bat and misled the public over her son’s drug offences.

Her son Ishamel, 29, had been found with drugs worth £2,500 at the Bestival music festival in Dorset in 2017 and was given a community sentence on October 19.

He worked full time in his mother’s office and lives with her in a £700,000 housing association property near Turnpike Lane in North London.

The Labour politician had defended keeping Ishmael in his £50,000-a-year job by claiming she had been unaware of his crimes at the time. 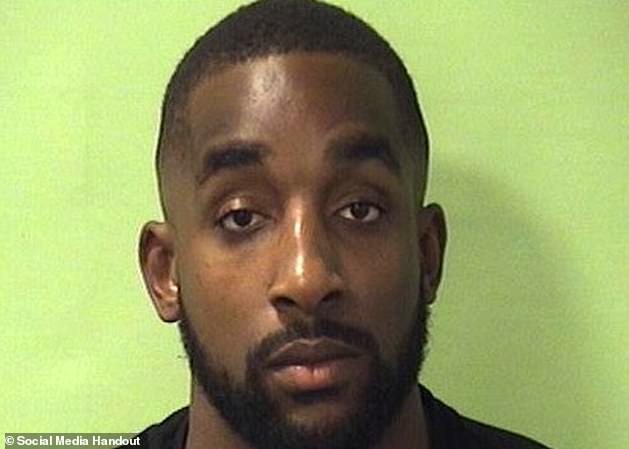 Ishmael Osamor was sentenced earlier this year to community service after being found with up to £2,500 worth of Class A and B drugs

But it later emerged that she had in fact known, and had sent letters of correspondence to the judge requesting leniency.

She became the centre of a controversy recently when it was said she reacted angrily and lashed out at a reporter outside of her £700,000 North London home when a Times journalist asked for comment regarding her son’s employment in her office.

Ms Osamor was also recently banned from using Wikipedia after she was reportedly caught editing her own page.

Using the pseudonym Midnights1, she is said to have tried to remove references to a news story about claims she plagiarised Barack Obama’s 2008 victory speech when she was re-elected in the last general election.