Mother of NHS nurse, 29, killed by Covid begs families not to ‘go crazy’ and meet up at Christmas because they will spread virus

The mother of an NHS nurse who was killed by coronavirus has begged families not to ‘go crazy’ and meet up this Christmas because ‘this virus is still a killer.’

Rebecca Mack, 29, died at her home in Morpeth, Northumberland in April after she began to display symptoms of the virus.

The nurse, who had previously worked in the children’s cancer unit at Newcastle’s Royal Victoria Infirmary, lived alone and was self-isolating when her symptoms took a turn for the worse.

She called for an ambulance and left her door open for their arrival, but Ms Mack was found dead by paramedics inside her home.

Tests later confirmed the nurse had coronavirus, her family told the Chronicle. 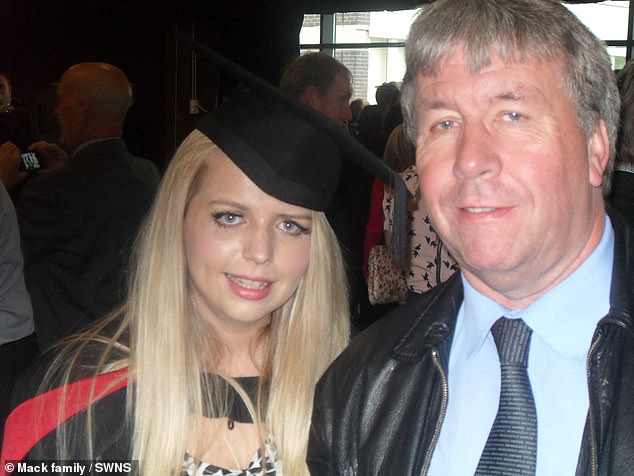 Rebecca Mack (left with her father Alan right), 29, died at her home in Morpeth, Northumberland in April after she began to display symptoms of the virus

Her mother Marion, 60, has now warned those celebrating Christmas to show their families love by ‘staying away and not getting too close.’

She said: ‘We are quite concerned that people will go crazy over Christmas. You can’t stop people meeting at Christmas, but people should try and do that at a distance. 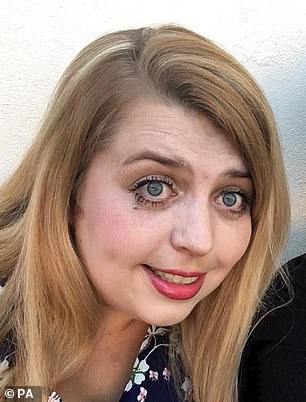 Pictured: Nurse Rebecca Mack, who died from Covid-19 in April

‘If we can just stick it out that little bit longer until people get vaccinated there won’t be so many deaths. This virus is still a killer.’

Her daughter, who had worked for NHS 111 ahead of her death, had kept in touch with her family while self-isolating in Morpeth.

Mrs Mack said Rebecca had told her she was feeling better hours before she was found dead.

The heartbroken mother has now condemned those who are just ‘plain selfish’ and don’t take the pandemic seriously, adding: ‘Some people just don’t understand.’

Mrs Mack and her husband Alan, 62, have set up a JustGiving page in their daughter’s memory, raising almost £20,000 to support the RVI’s Children’s Cancer Fund.

It comes as Britons were today warned to ‘rethink’ Christmas gatherings that could ‘risk infecting the vulnerable and elderly people we love’ by scientists who fear yet another wave of Covid-19 infections. 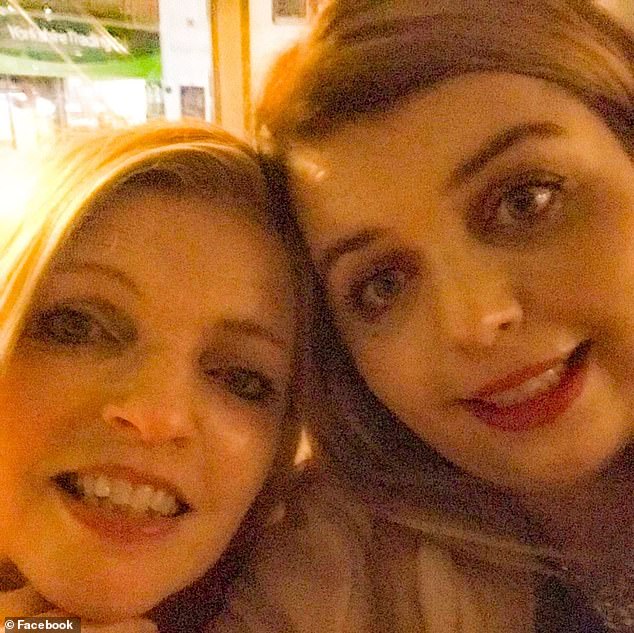 Her mother Marion (left with Rebecca right), 60, has now warned those celebrating Christmas to show their families love by ‘staying away and not getting too close’

Families across the UK can form a Christmas ‘bubble’ and spend the festive season with no more than three households between December 23 and 27.

This allows Britons to travel between tiers for the purpose of joining their ‘bubble’, with groups permitted to meet in private homes, gardens, places of worship and public outdoor spaces.

But experts have warned the Government is sending the ‘wrong message’ by only asking families to ‘follow the rules’, with some suggesting a third wave of infections could be sparked in the new year.