‘How are the police so behind his every move?’ Murder victim’s mother slams detectives for failing to catch Britain’s most wanted man who escaped to Europe on a private jet after ‘killing her son three years ago’

The mother of a man who was murdered has accused police of lagging behind his suspected killer’s ‘every move’ after the fugitive fled the country in a private jet three years ago.

Detectives hunting for most wanted fugitive and suspected killer Shane O’Brien have lagged ‘behind his every move’, his alleged victim’s mother has claimed.

Tracey Hanson spoke of her frustration more than three years after her son Josh was murdered in an unprovoked attack at the RE Bar in Eastcote, north west London in October 2015. 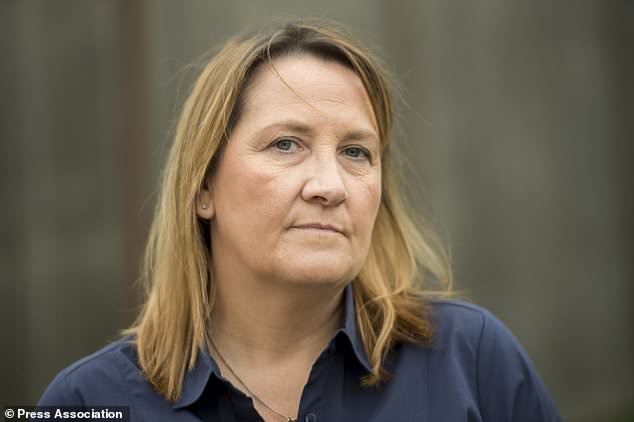 Tracey Hanson spoke of her frustration more than three years after her son Josh was murdered in an unprovoked attack at the RE Bar in Eastcote, north west London in October 2015

Prime suspect Shane O’Brien fled the country in a private jet immediately afterwards and has stayed one step ahead of the authorities ever since, with help from criminal contacts.

He was arrested on suspicion of criminal damage and assault in Prague in February 2017 using the false name Enzo Mellonceli – but despite him being the subject of a massive international manhunt, Czech police did not check his fingerprints against European databases.

Mrs Hanson, 54, said: ‘How somebody can leave the country in a private jet and for us as a family not to be told by the investigation team for two years is absolutely shocking.

‘Then to find that Shane O’Brien was arrested in Prague in the February [2017]. There was a red notice in place for the whole of Europe, but that clearly didn’t work. We were only told about this in June. 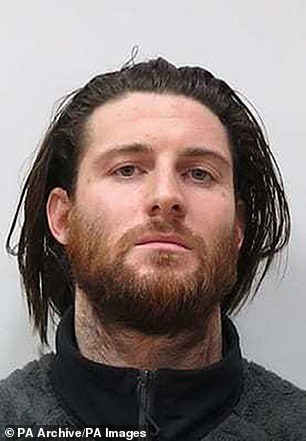 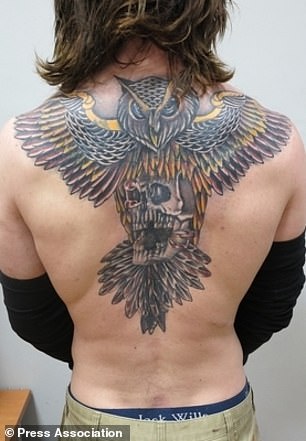 O´Brien has a distinctive tattoo, covering up a previous one which may have identified him

Senior investigating officer Noel McHugh said teams are working ‘tirelessly’ to find Josh’s alleged killer and that with any murder investigation there will be efforts going on behind the scenes that have to remain secret.

The Detective Chief Inspector said: ‘Tracey is regularly updated by my team and I have enormous sympathy for the frustration she feels, more than three years on from Josh’s tragic death. None of us must ever forget this is a mother and family who haven’t been allowed to start grieving yet. 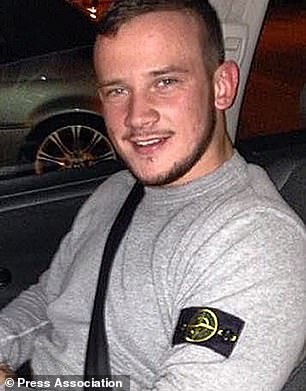 ‘My team have worked tirelessly with the National Crime Agency and other law enforcement agencies to trace O’Brien. The NCA are the UK policing link into law enforcement across the world and are spearheading the global hunt for O’Brien.

‘We continue to work closely in partnership to follow up every possible lead about O’Brien’s whereabouts and any piece of information no matter how small.

‘We have been open about the difficulties we have faced. What is very clear is that O’Brien has the support network and associates to provide him with money, false documentation and, on occasion, air transport to move across the world without using his real identity.

‘What I’d like to emphasise and reassure the public about is that with any murder investigation there will be work going on behind the scenes, work that is so sensitive we cannot share the details.

‘During the hunt for O’Brien, I have described our public appeals as being the tip of our investigative iceberg; our work goes far deeper beneath the surface, working hand-in-hand with the NCA and other agencies.’

Mrs Hanson and her family have spend thousands of pounds printing and laminating copies of the most wanted appeal poster for O’Brien in different languages and shipping them around the world.

They have also campaigned on social media, with the poster shared more than a million times.

Mrs Hanson said: ‘Everyday without Josh in our lives is unbearable and on top of this we can not grieve as we have had no justice. If you have any information, no matter how big or small, please get in touch.’

The mother-of-two is pushing for answers from senior police officers about the case and has made contact with Met Commissioner Cressida Dick and the head of the NCA Lynne Owens.

She said: ‘Why have I had to fight so hard to make sure that I’m getting the answers to my questions?

‘Is it because I’m a victim that my concerns aren’t taken seriously? I shouldn’t have to have some kind of status in government to have my questions answered. 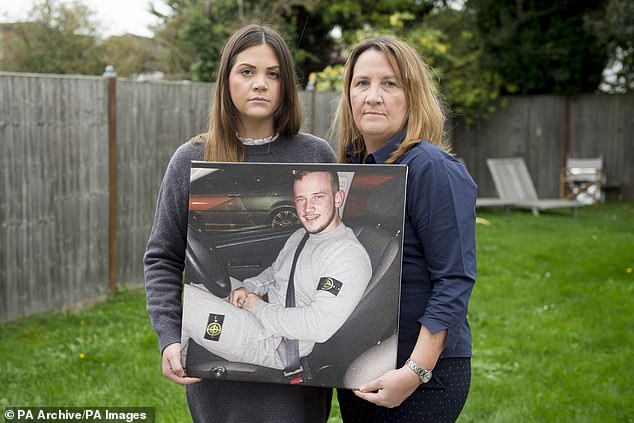 Brooke Hanson (left), and Tracey Hanson, sister and mother of Josh Hanson who was murdered in an unprovoked knife attack in a bar in Hillingdon, west London, hold up a photograph of him

‘This is not an isolated case. It’s not just me. It’s very, very worrying. I wouldn’t wish this on anybody.’

Last month to mark three years since her son’s death, Mrs Hanson donned a sandwich board and handed out copies of the most wanted appeal poster to London commuters.

A £50,000 reward is on offer for information leading to O’Brien’s arrest and prosecution.

Detectives say after Josh’s murder, he flew out of the UK on a private jet from Biggin Hill Airport in south east London, landing in Germany.

Since then it is believed he has spent time in the Netherlands, Dubai and at least seven months in Prague, where he may have had a string of affairs with women and spent time in boxing clubs, gyms and nightclubs.

Police photos taken at the time show he had changed his appearance, having longer hair and a beard, and a new, large tattoo of an owl holding a skull that covers a large portion of his back.

This was to cover up a distinctive tattoo that he had previously, that said ‘Shannon 15-04-06’.

O’Brien, from Ladbroke Grove, has dark brown hair, grey eyes and is 6ft. Sightings have also been reported in France and Thailand.