Authorities in the French territory have urged people to move more than 300 metres (984ft) away from the shore and, if possible, to sites higher than 12 metres (39 ft) above sea level after the 7.6-magnitude quake. 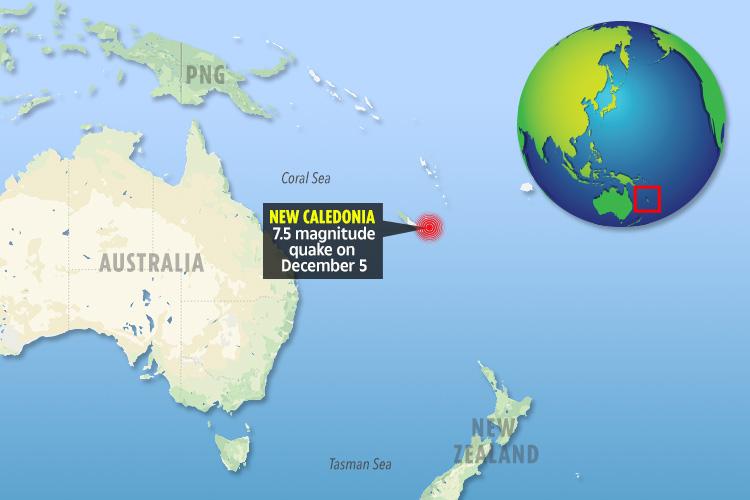 "The good news is, we have had no injuries or damage," said Oliver Ciry, a spokesman for New Caledonia's directorate for civil protection and risk management.

He added that abnormal movements of the sea off New Caledonia's east coast and around the Loyalty Islands had been spotted earlier. 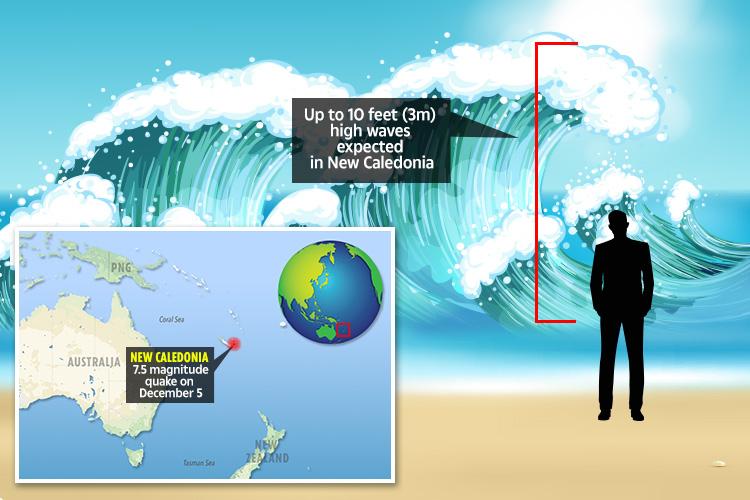 In a statement, the Pacific Tsunami Warning Centre said: "Hazardous tsunami waves from this earthquake are possible within 1,000km (600 miles) of the epicentre along the coasts of Vanuatu and New Caledonia."

They said tsunami waves had been "observed" in the region, but did not say where.

The undersea quake struck off the east coast of the island. 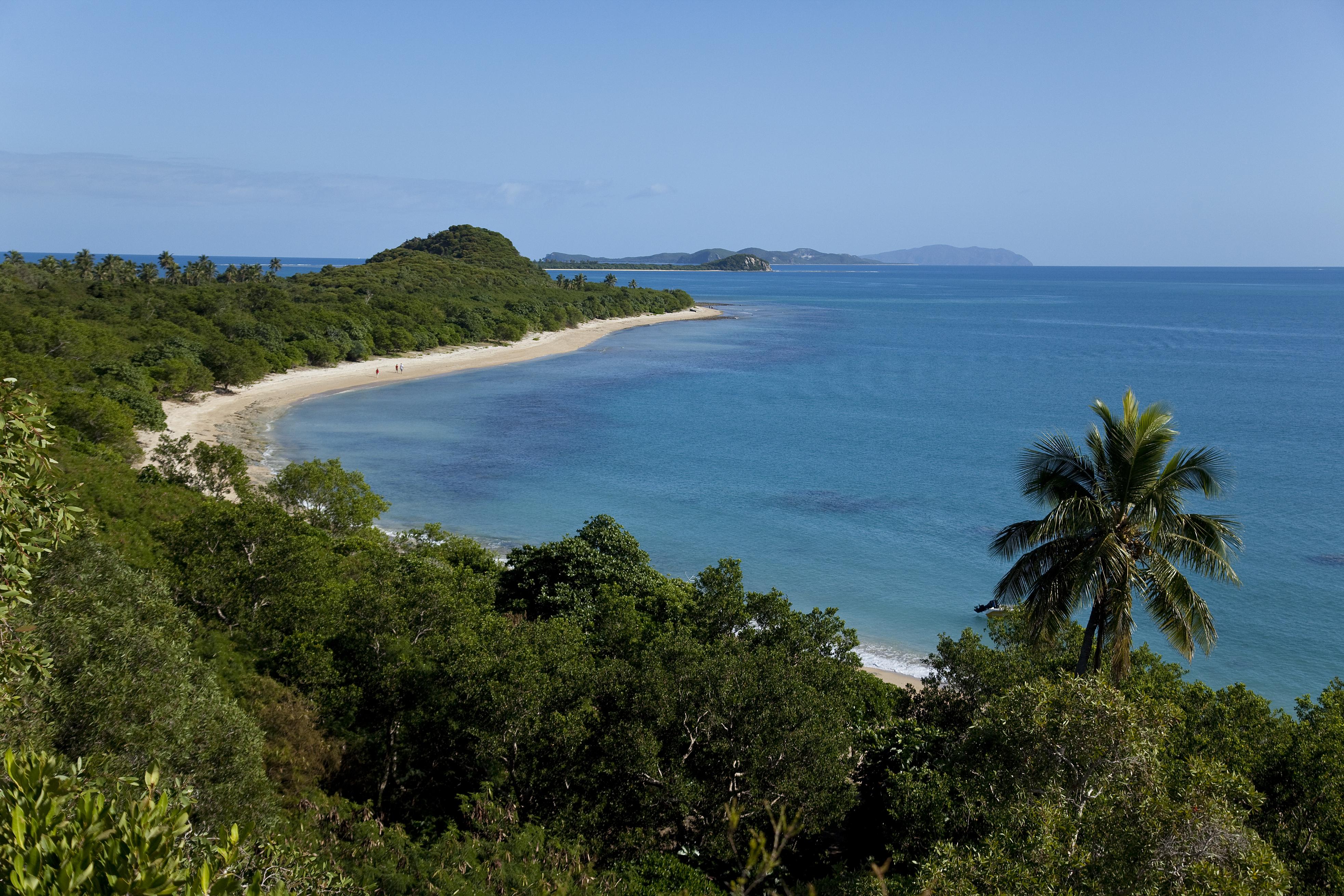 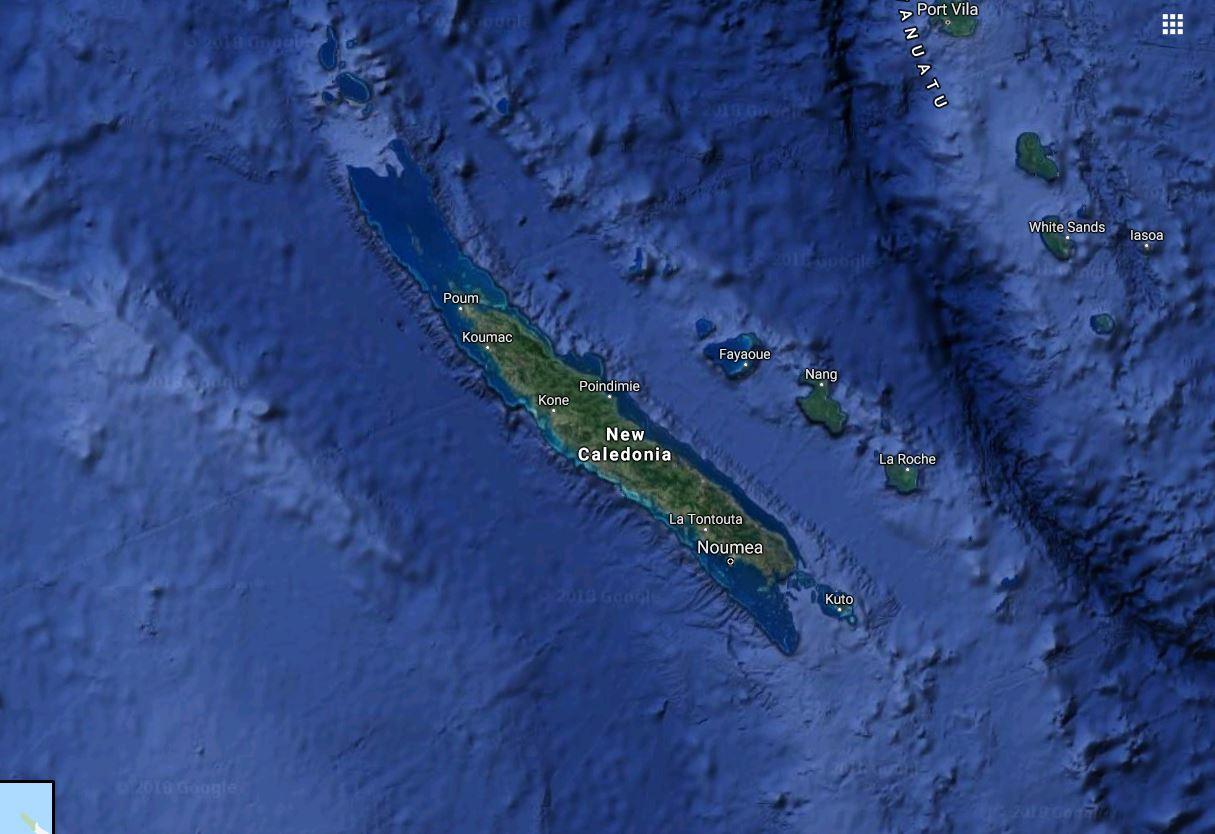 The island shook as the tremor hit 900 miles (1,400km) off the east coast of Australia.

Its epicentre was shallow, at only six miles deep, causing the surface to rumble and shake.

The Directorate for Civil Protection and Risk Management of New Caledonia (DSCGR) warned: "If you don’t have time to prepare your evacuation, get more than 300m away from the coast and/or get to a height of more than 12m."

However, the government said it was not expecting a "destructive tsunami". 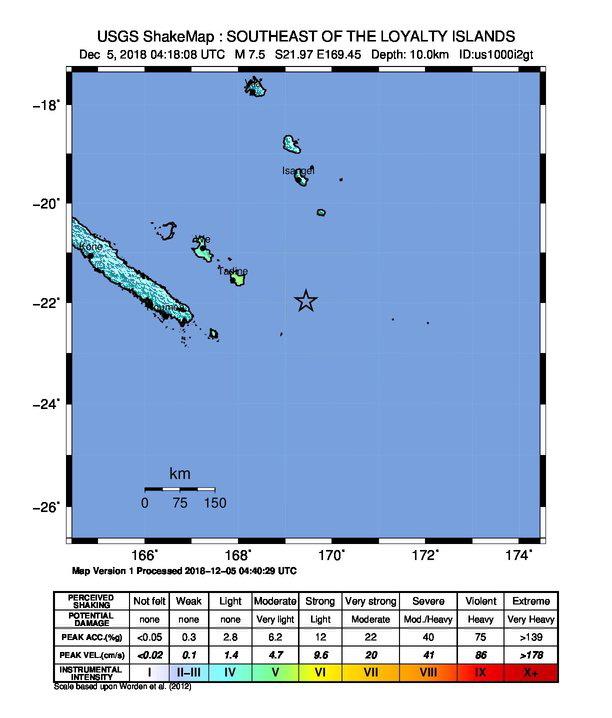 In New Caledonia, the huge quake set off emergency warning systems, with residents receiving text messages advising them to move immediately to shelters on the island.

Basile Citre, a county hall official on the Loyalty Island of Mare, told AFP: "When the sirens sounded, the population headed for higher ground for safety.

"For now, nothing serious has happened."

He told the agency he and fellow officials had been attending a meeting in the town hall when a tremor was noticed, ahead of the bigger shock.

There have been multiple aftershocks of up to 6.6-magnitude in the wake of the quake.

New Zealand Civil Defence has confirmed that there is no tsunami threat to New Zealand following the 7.6-magnitude earthquake. 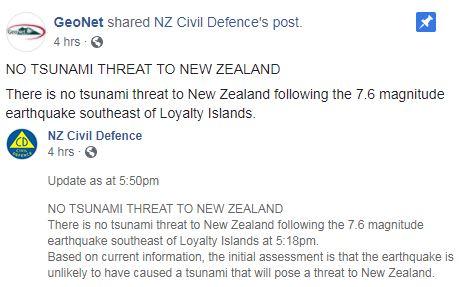 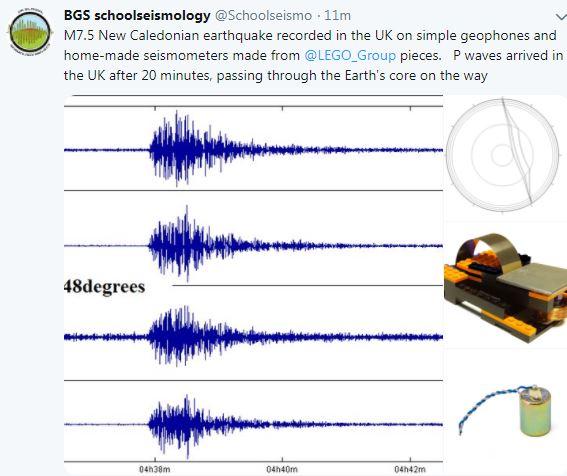 Geoscience Australia seismologists said a tide gauge on Mare Island, the second-largest of the Loyalty Islands, had registered a signal for a 43cm wave height.

Seismologist Spiro Spiliopoulos told AFP: "Based on that, we can say that this earthquake has generated a tsunami, but we don’t know the impact and how far it could go onshore."

In a further update, though, the Pacific Tsunami Warning Center said: "An earthquake with a preliminary magnitude of 7.6 occurred southeast of the Loyalty Islands at 0418 on Wednesday.

"Based on all available data the tsunami threat from this earthquake has now passed." 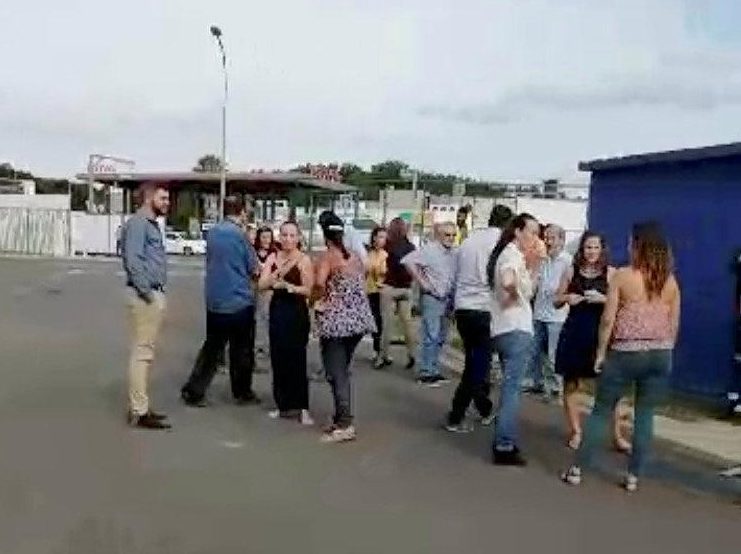 However, it has recommended "government agencies responsible for any impacted coastal areas should monitor conditions at the coast to determine if and when it is safe to resume normal activities".

The organisation said that those located near impacted coastal areas should "stay alert for information and follow instructions from local authorities".

Dan McGarry, media director at Vanuatu Daily Post, tweeted that someone from Pango, just outside Port Vila, said: "We ran a little as [the wave] rose rapidly. Beyond the reef was like a washing machine."

McGarry added that there were "three small surges reported from the southern island of Aneityum".

He told ABC News in Australia: "We get a lot of earthquakes every year. The tsunami warning was what was different this time, though."

The broadcaster said local residents on Aneityum reported waves coming about 12 metres up the beach, and damaging some gardens.

On the island of Aniwa, Issac Taseru told the ABC that a few homes had been damaged but there were no injuries reported. 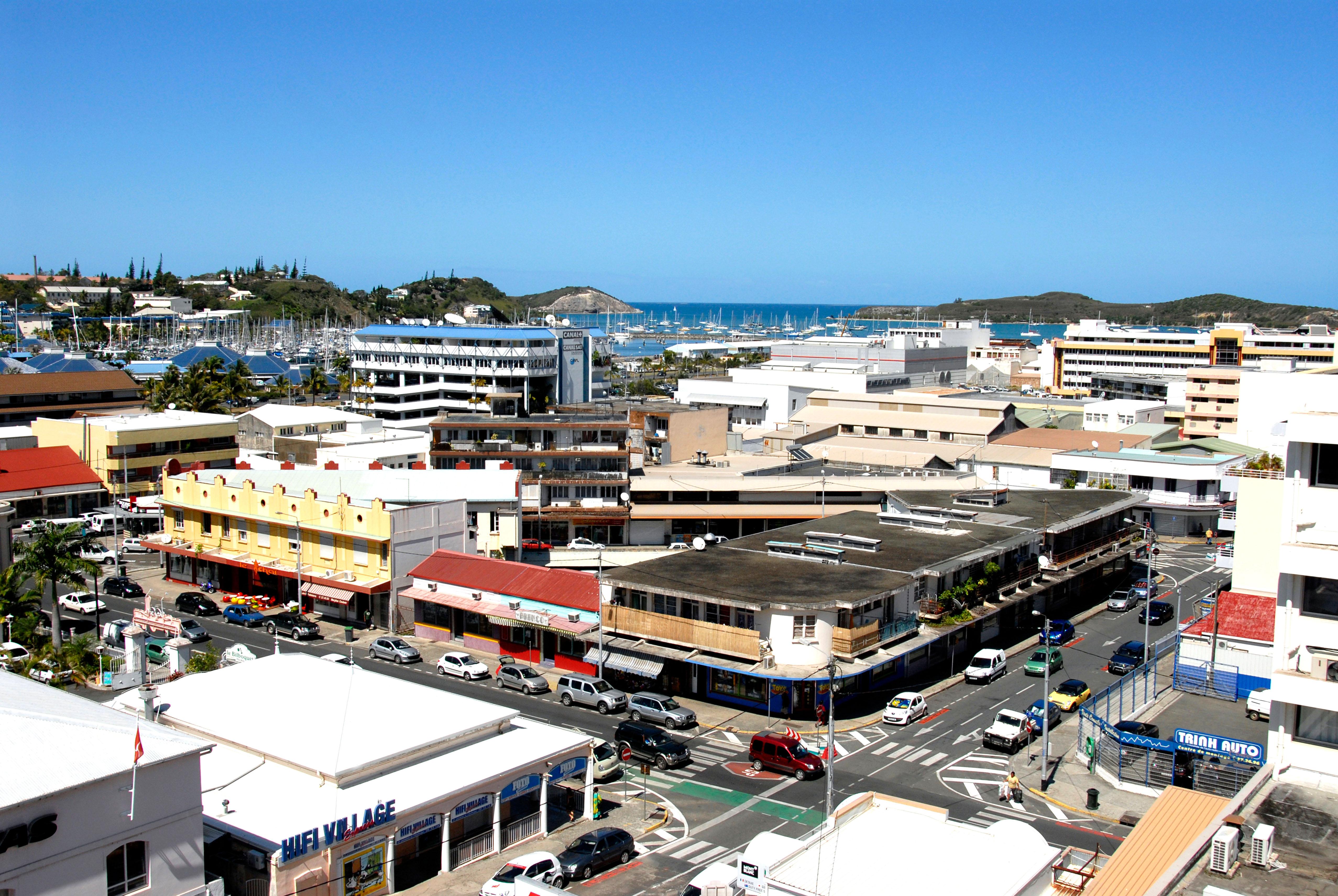 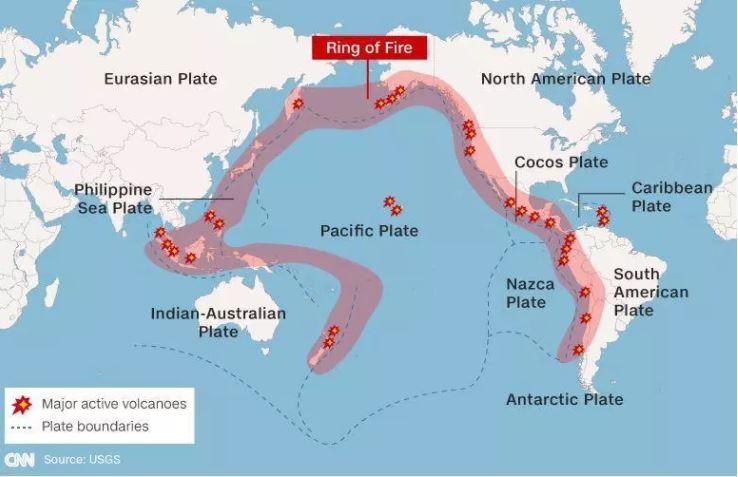 "Minor sea level fluctuations of up to 0.3 metres above and below the normal tide may continue over the next few hours."

New Caledonia was last stricken by a series of 7 magnitude tremors in August.

It added to fears that a "megaquake" could strike after 214 earthquakes hit the planet in a week.

New Caledonia is part of the notorious Ring of Fire, famed for being a hotbed of earthquake activity.

Around 70 quakes are thought to have hit the Ring of Fire – a horseshoe-shaped area of volcanic belts, arcs and tectonic plates.

The area stretches 25,000 miles from South America to Australia via the western United States and East Asia.