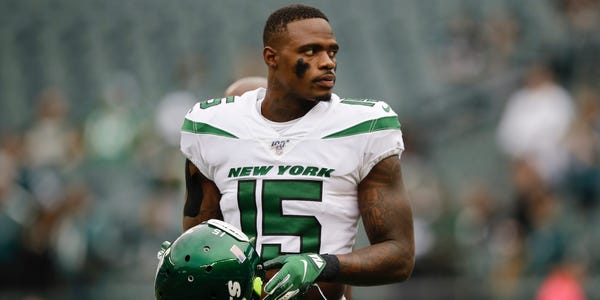 NFL free agent Josh Bellamy has been charged in a $24 million coronavirus relief fraud scheme, in which prosecutors say he used funds he illegally obtained to buy jewelry and take a trip to a casino.

Federal prosecutors in the Southern District of Florida say Bellamy, who was cut by the New York Jets earlier this week, conspired with others to obtain fraudulent Paycheck Protection Program loans.

According to a criminal complaint, Bellamy conspired with 10 other defendants who submitted at least 90 loan applications as part of the $24 million scheme. The loans were taken from the $600 billion the US government set aside in the CARES Act to help small businesses suffering financially during the COVID-19 pandemic.

Bellamy obtained a PPP loan worth $1,246,565 for his company, Drip Entertainment LLC, and used the money to go to the Seminole Hard Rock Hotel and Casino, buy luxury goods, and hand out money to family and friends.

Bellamy, 31, has been charged with wire fraud, bank fraud, and conspiracy to commit wire fraud and bank fraud in the scheme. He was arrested on Thursday morning.

A source close to the New York Jets told ESPN that the team was not aware of the scheme when they released him on Tuesday. Bellamy is currently recovering from a shoulder injury and had previously been put on the Jets' list of players unable to perform. A representative for Bellamy didn't immediately respond to Insider's request for comment.