The former Ukip leader has decided to end months in the ­wilderness to fight against the great referendum betrayal. 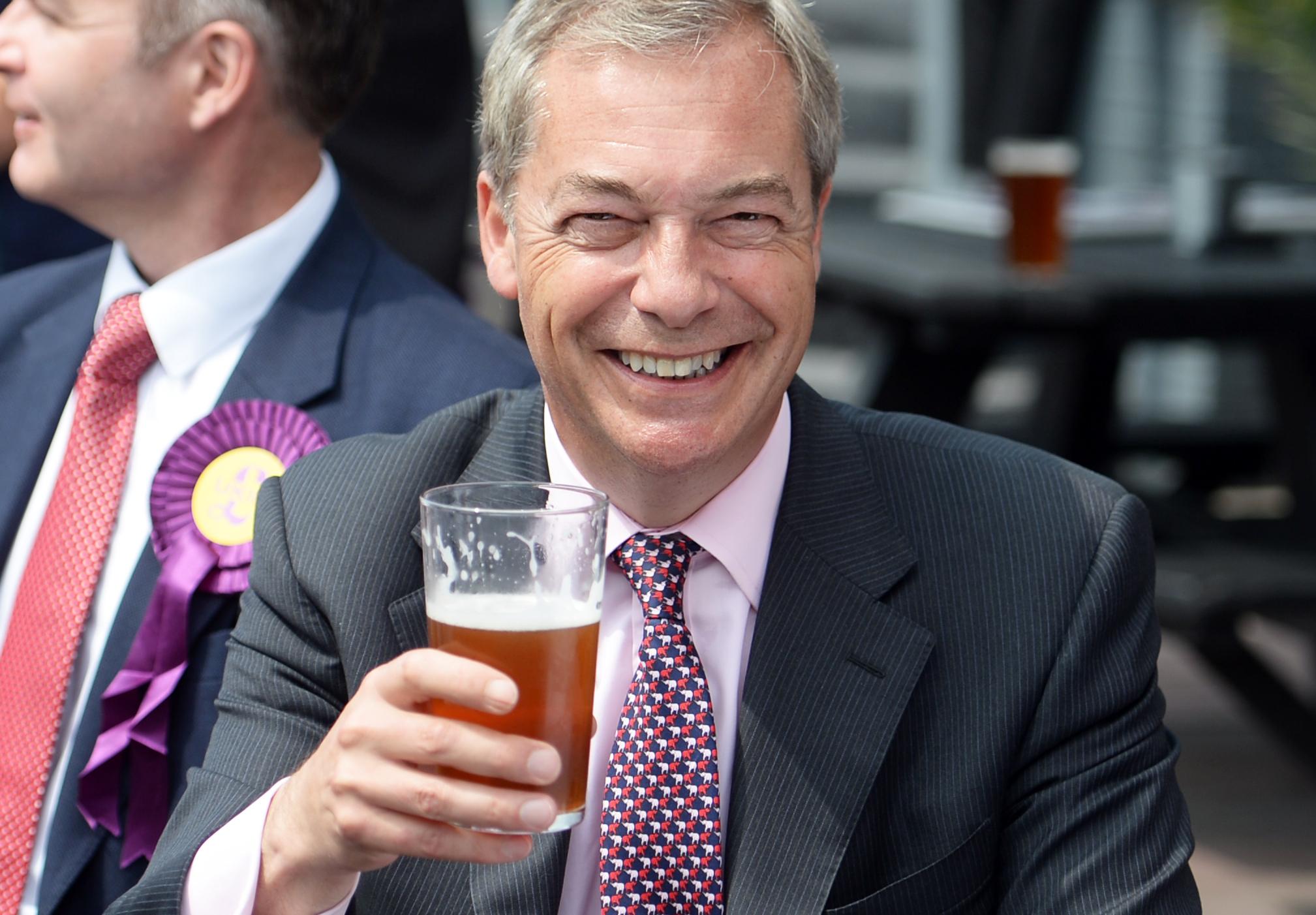 He admitted he is unable to sit on the sidelines and watch as Britain’s withdrawal from the EU is sabotaged. And he warned: “This time there will be no more Mr Nice Guy.”

Mr Farage, 54, was approached by ­former Ukip activists who applied to register the new party in the past few days. It has been set up ready to field candidates if Theresa May calls a snap General Election next month.

Organisers will also fight the European elections in May if the PM decides to extend Article 50 and keep Britain in the EU after the departure date of March 29.  Mr Farage predicts the party would be a rallying point for 17.4million disaffected Brexit voters — and would cause devastation to the Tories and Labour.

He told The Sun on Sunday: “There is huge demand for a party that’s got real clarity on this issue. You can see and hear the frustration welling up out there. It’s clear the political elite want to stop Brexit in its tracks and the Prime Minister doesn’t have the strength or inclination to see this through.

“I’ve been watching events with growing dismay — I’m not the only one. Now we are putting them on notice that if Brexit doesn’t happen on March 29 we are not prepared to stand by and do nothing.”

The Oxford graduate says on her website that she has worked in various fields, including finance, economics, medicine and charity.

She also founded the Nepal in Need healthcare charity.

Her website states: “She is a strong believer in Brexit and freedom of speech. She hates political correctness.”

Former Ukip economics spokesman Catherine Blaiklock applied to register the new party on January 11. An Electoral Commission spokesman said: “I can confirm that The Brexit Party is applying to be registered.”

Like Mr Farage, Ms Blaiklock quit Ukip last year over its lurch to the hard-right under new leader Gerard Batten.

She called Mr Farage to sound him out — and won his enthusiastic support.

Blow for Labour and Tory ditherers

He was uncharacteristically coy when asked what role he would take in the new party, insisting: “It’s very early days.”

But he confessed: “I’ve been concerned about the way the Brexit process has been going for some time.  The Brexiteers told me to keep quiet and it will all be fine. I’ve now come to the conclusion that is not going to be the case. I’ve been hoping for the best and preparing for the worst for some time.

“Theresa May is engaged in the betrayal of Brexit. The whole process has undergone a slow strangulation. We must start preparing for all eventualities now. I will step back into the fray and do it all again if I must but this time I will take no prisoners.”

The Brexit Party will need to work fast to raise funds, recruit officials and vet candidates to fight any election. But Mr Farage is convinced there is an army of volunteers willing to get stuck in.

He said: “This was Catherine’s idea entirely — but she has done this with my full knowledge and my full support.  If the Government goes back on its word and betrays the millions of people who voted for Brexit then we need a party prepared to stand up and fight for it. I’m fully prepared for Article 50 to be extended or revoked and if that happens, I will re-enter the fray.

“There would be a huge public backlash and without doubt the people will flock to a real pro-Brexit party in droves. Our first task would be to fight the European elections on May 23.”

He added: “I’ve been campaigning to leave the EU for a quarter of a century. I believe in it with all my heart and soul and gave up the best part of my adult life for it. The Eurocrats are laughing their socks off at how they have ‘screwed the Brits’. If we do not get a proper Brexit, I will be forced to do something again.” 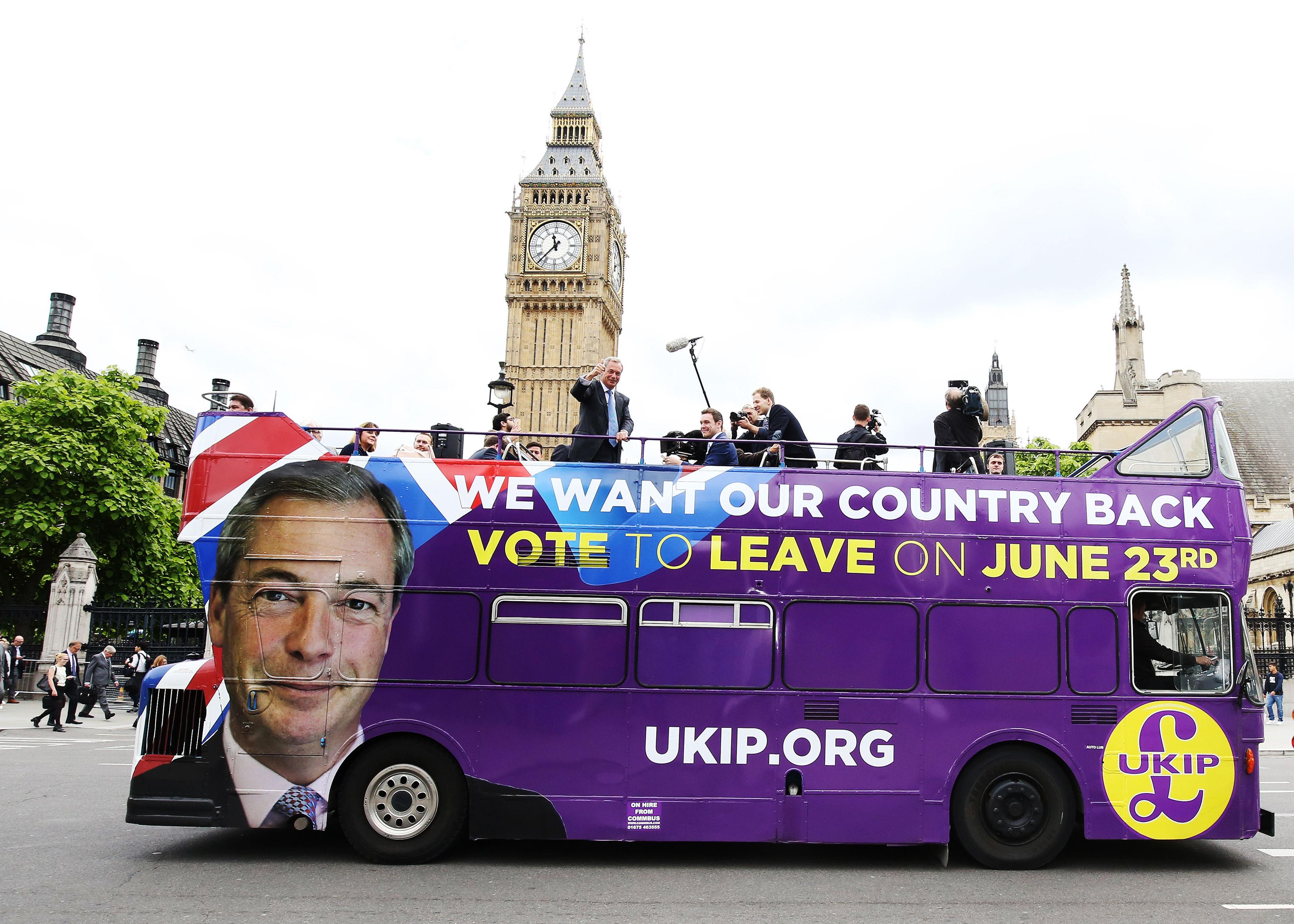 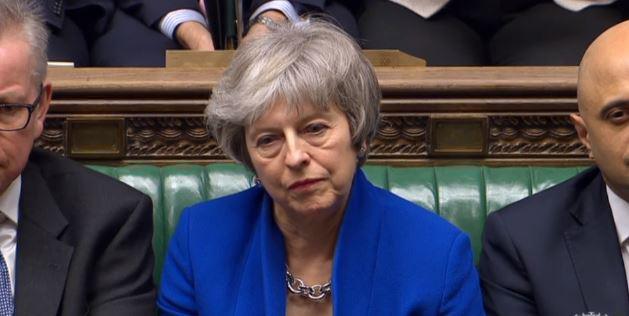 PM's got no kip

After a 5.30am start on Wednesday — the day she survived a vote of no confidence — she was last seen addressing the nation at 10pm.
The PM, 62, held meetings until midnight before heading to her constituency in Maidenhead, Berks.
A source said: “She is absolutely knackered. She has been working tirelessly to get Brexit back on track, staying up until 1-2am and getting up at dawn to carry on.”

Julianne Hough and Brooks Laich Are 'Working on...