Jakarta: A former Thai foreign minister and veteran diplomat has urged his government to free the refugee footballer Hakeem al-Araibi from detention and halt the extradition process to Bahrain.

Kasit Piromya, who was foreign minister for three years from 2008 to 2011 under former prime minister Abhisit Vejjajiva, has warned that any move to extradite Araibi could damage friendly relations between Australia and Thailand. 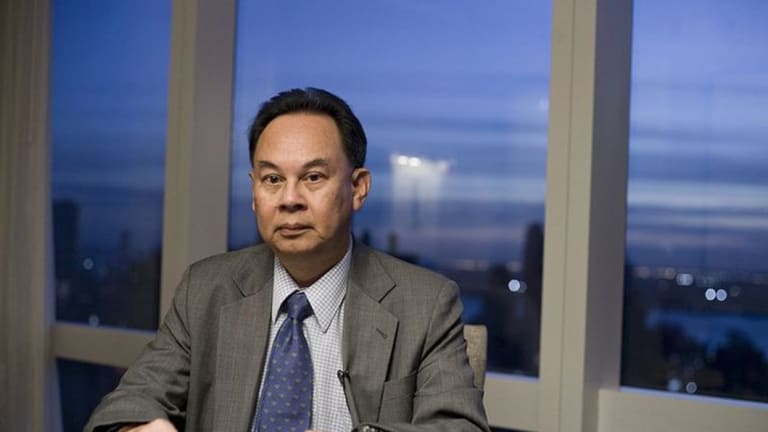 In an exclusive interview, the opposition-aligned Kasit said Araibi had entered Thailand legally with an Australian travel document and a visa. 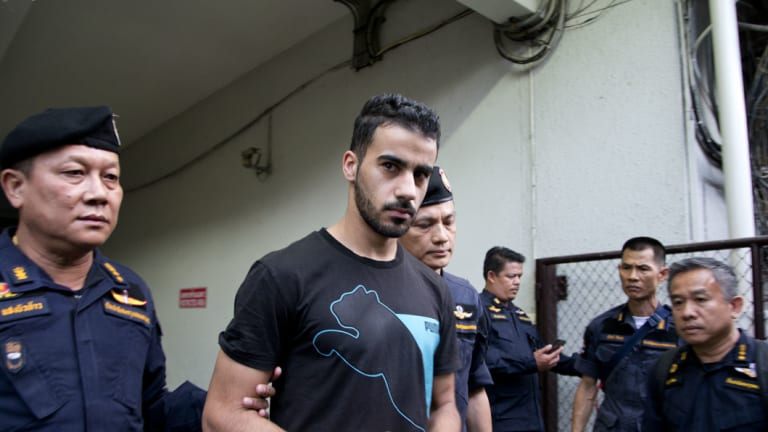 "There’s no reason to detain him. He’s an Australian, not Bahraini, he didn’t break any laws and he is a professional footballer. He may express his opposition to the Bahrain regime but that is freedom of expression. He isn’t a terrorist as claimed," he said. (Araibi has been granted refugee status by Australia but is not yet a citizen.)

"The task falls to Thailand’s Foreign Affairs Minister to determine justice. The ministry has to keep in mind that Bahrain is an absolute monarchy and it has to look whether there will be a fair trial.

"Bahrain will surely pursue the extradition but the Thai ministry has to weigh the relationship of Thai-Bahrain and the consequences [for the Australia-Thailand relationship]."

Kasit's comments underscore the growing pressure on the Thai government, both inside and outside the government, to free Araibi.

It also highlights the potential damage the case could do to Thailand's international reputation.

Araibi was detained on November 27 by Thai authorities after an Interpol red notice, a form of international arrest warrant, was requested by Bahrain. The Australian Federal Police informed Thai police that he was coming.

Araibi had fled Bahrain in 2014, after being convicted of a crime he says he did not commit. Most recently, he has been playing semi-professional soccer for the Pascoe Vale Football Club.

The red notice has since been rescinded, as refugees cannot be subject to notices issued by the country from which they have fled.

But earlier this week a Thai court ruled that Araibi must remain in detention in Bangkok while Bahrain presses ahead with its attempt to bring him back home, where he faces ten years' jail and according to human rights groups, torture too.

The veteran diplomat, who also served as Thai ambassador to Germany, Russia, the United States and Japan said if he was still minister, he would certainly not send Araibi to Bahrain.

"He is not a criminal and his opposition to the government there is basic human rights [issue]. When I was in charge of the ministry, humanity was the key. We had a lot of political refugees from Vietnam and Laos but I didn’t send them back to their countries. We couldn’t send them just because there was a request."

Australian Foreign Minister Marise Payne has called on Thailand to release Araibi and allow him to return home.

Contradicting that, however, the Department of Home Affairs confirmed this week it had notified Thai authorities of the red notice and Araibi's pending arrival – a move strongly criticised by human rights campaigners.

Busadee Santipitaks, a spokeswoman for the Thai Ministry of Foreign Affairs denied that her government had notified Bahrain ahead of time that Araibi would travel to Thailand.

Some activists campaigning for his release have raised questions about the fact that he submitted his travel plans to the Royal Thai Embassy in Melbourne on November 4 and that just four days later, Bahrain requested a red notice for his arrest.

On Thursday, the London-based Bahrain Institute for Rights and Democracy published footage of Araibi playing in a game between Araibi's former club, Al Shabab, and Al Busaiteen.

It argued proved the footballer had an alibi and could not have participated in the alleged attack on the police station in Bahrain as he was playing in the game until 30 minutes before the attack took place.