Seoul: North Korea is expanding an important missile base that would be one of the most likely sites for deploying intercontinental ballistic missiles capable of reaching the United States, two experts on the North's missile programs said, citing new research based on satellite imagery.

The activities at the Yeongjeo-dong missile base near North Korea's border with China and the expansion of a new suspected missile facility 11 kilometres away are the latest indications that North Korea is continuing to improve its missile capabilities, said Jeffrey Lewis and David Schmerler of the Middlebury Institute of International Studies at Monterey in California. And they come despite US President Donald Trump's repeated claims of progress in efforts to denuclearise the North. 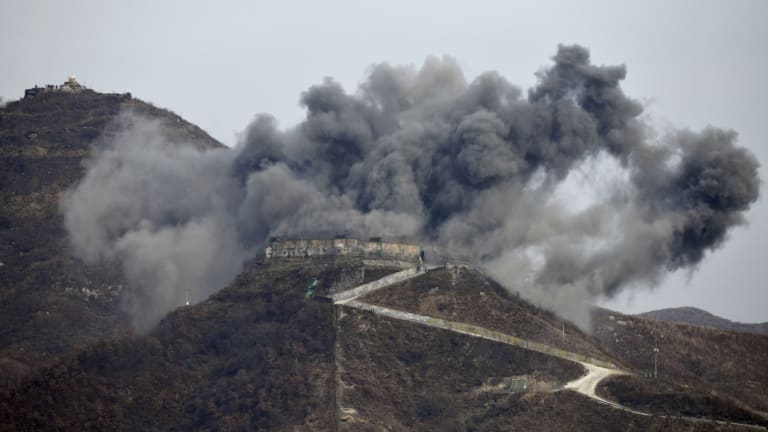 Smoke from an explosion rises last month as part of the dismantling of a South Korean guard post in the Demilitarized Zone dividing the two Koreas.Credit:AP

Lewis and Schmerler said they were still not sure whether Yeongjeo-dong and the new facility under construction in nearby Hoejung-ni, both in the mountainous area near North Korea's central border with China, were separate bases or parts of a larger single operation.

But their geographic locations make them ideal to "house long-range missiles," they said in a report they were preparing.

"The base is located in the interior of North Korea, backed up against the Chinese border," they said. "It is this location that leads us to believe that the general area is a strong candidate for the deployment of future missiles that can strike the United States." 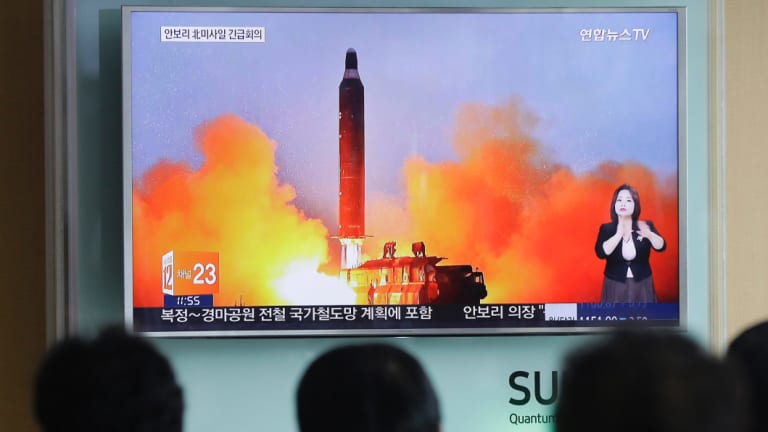 Military planners in Seoul and Washington have long suspected that North Korea would deploy its intercontinental ballistic missiles as close to China as possible to reduce the likelihood of pre-emptive strikes from the United States.

"This is one of the important locations in North Korea our military is monitoring in cooperation with the United States," Roh Jae-cheon, a South Korean military spokesman, said Thursday about the North Korean base. He declined to share further details.

Following his June summit in Singapore with Kim Jong Un, the North Korean leader, Trump claimed that there was "no longer a nuclear threat from North Korea." His administration has also repeatedly claimed progress in talks with North Korea, citing the lack of nuclear and ballistic missile tests since the country launched its Hwasong-15 intercontinental ballistic missile in November of last year.

That missile was considered by some experts to be capable of reaching any part of the continental United States, although North Korea is not yet believed to have the ability to deliver nuclear warheads on such missiles. 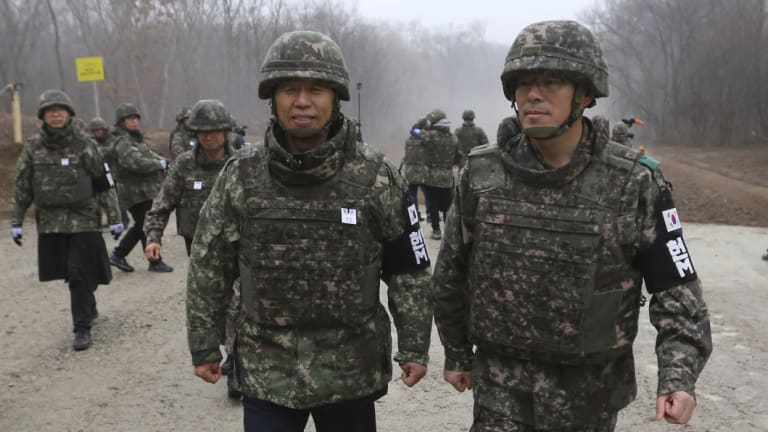 After the Hwasong-15 test, Kim said he had a "nuclear button" on his desk that could send missiles hurtling toward the continental United States. In April, he placed a moratorium on nuclear or long-range missile tests, saying his country no longer needed to conduct them. He later closed his country's only known nuclear test site and offered to demolish a stand for testing missile engines.

In his meeting with Trump, Kim made a vague pledge to "work toward the complete denuclearisation of the Korean Peninsula" in return for "new" relations and security guarantees from Washington.

But Kim has yet to clarify whether and when he might dismantle his nuclear warheads and delivery missiles. Nor has he abandoned instructions to "mass produce" these weapons that he gave as recently as his New Year's speech in January.

In a report published last month, a Washington-based research institution, the Centre for Strategic and International Studies, said it had located more than a dozen North Korean missile bases still in operation.

In their new report, Lewis and Schmerler said that while closing the test stand would make it harder for the North to design new kinds of missiles, "it would not prevent North Korea from continuing to mass produce and deploy existing types of nuclear-armed missiles that can strike the United States."

Those missiles are being deployed at bases throughout North Korea despite the Singapore meeting, they said.

"Any denuclearisation agreement would require North Korea to allow international inspectors to determine that these units are no longer armed with nuclear weapons," they said.

Many of these bases, including the Yeongjeo-dong facility, have been known to outside analysts. But Lewis and Schmerler said that in recent years North Korea had significantly expanded what appeared to be another missile base in Hoejung-ni.

Using satellite imagery, they located tunnels in Yeongjeo-dong that might be used for storing missiles and the construction of a new headquarters, as well as a pair of drive-through shelters in Hoejung-ni suitable for large ballistic missiles and "an extremely large underground facility" under construction farther up a narrow valley.

A series of United Nations resolutions require North Korea to give up its ballistic missile program. But the country has never signed any agreement to curtail or disclose its missile capabilities.

Since the Singapore meeting, talks between North Korea and the United States have stalled over how to eradicate the North's nuclear weapons program.

Despite the deadlock, Trump has said he and Kim are "getting along very well" and have a "good relationship." On Saturday, he told reporters that his next meeting with Kim was likely to happen in January or February.