At around 8 p.m. on Tues., July 21, Travis Klaus was inside his restaurant overseeing a full house — seven socially distanced tables arranged on Fifth Avenue in Sunset Park — when he heard the boom.

“I ran outside…and I saw this massive truck had knocked into our barrier and pushed it in,” said Travis Klaus, 45, who co-owns the cocktail bar L’Wren with his wife, Jessica. “Everything was in shambles and disarray. People were screaming, some guys were on the ground. It was just chaos.”

Travis immediately dialed 9-1-1 and also flagged down an ambulance to help three customers with minor injuries.

The Klauses are relieved no one was seriously hurt — but wonder if perhaps their livelihood was. “We were worried patrons would be too scared to sit in the roadway again,” said Jessica. “A couple people there were [regulars] and I haven’t seen them since.”

After Big apple restaurants were allowed to offer outdoor seating in June, owners scrambled to throw up dining rooms on the streets and sidewalks.

But a dangerous side effect has emerged. There have reportedly been at least four incidents of drivers smashing into outdoor seating areas throughout the city — causing injury to eight people.

Police say that the driver who hit the barriers at L’Wren did not have a license. The man attempted to flee the scene before a customer chased him down.

“He was [driving] so quickly…to move barriers that are hundreds and hundreds of pounds, that’s a heavy impact,” said Jessica, 42.

The Klauses had already reconstructed their wood-panel barriers, filled with plants, to meet the city’s requirement of 18-inch wide blockades. Now, they’ve taken safety a step farther and installed flashing light reflectors on the corners.

“Where we are in Sunset Park is extremely dangerous — it’s a tight two-way traffic road, [with] parking on either side,” said Travis. “We need a lot more driver awareness.”

There are currently 9,522 restaurants open for business in the five boroughs, with some 6,000 of them operating in a roadway, according to the mayor’s spokesman Mitch Schwartz. So far, the city has carried out more than 13,000 inspections, and 90 percent of businesses were deemed compliant.

“We’ve worked closely with small businesses to create a rigorous safety inspection system for our Open Restaurants program,” Schwartz said. “New Yorkers have enjoyed their outdoor meals this summer, and there’s no higher priority than keeping diners and staff safe for the duration….” 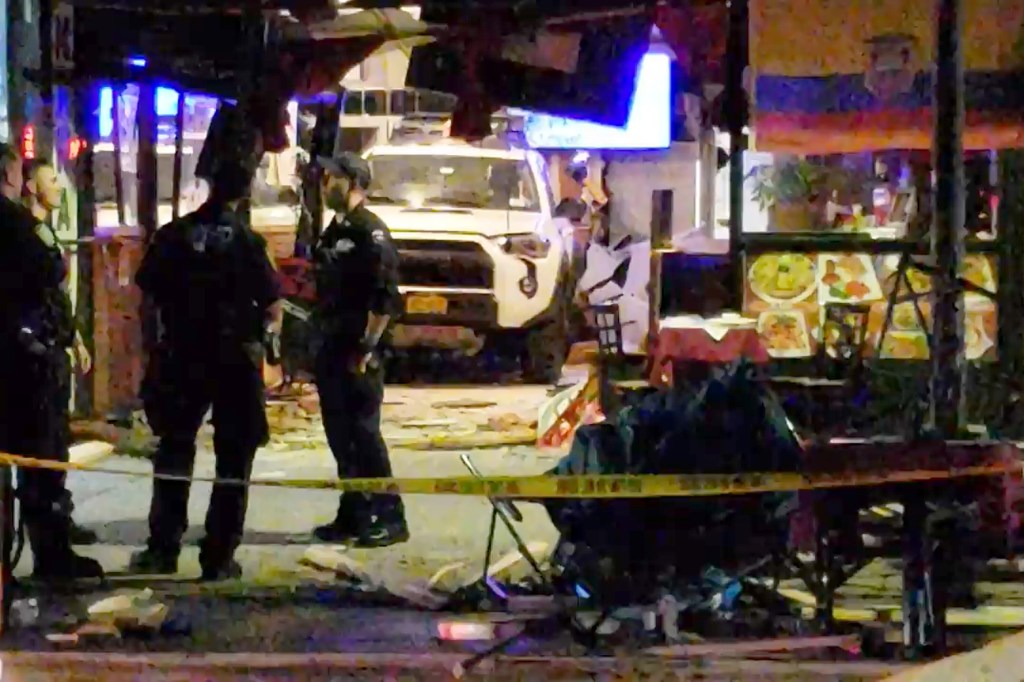 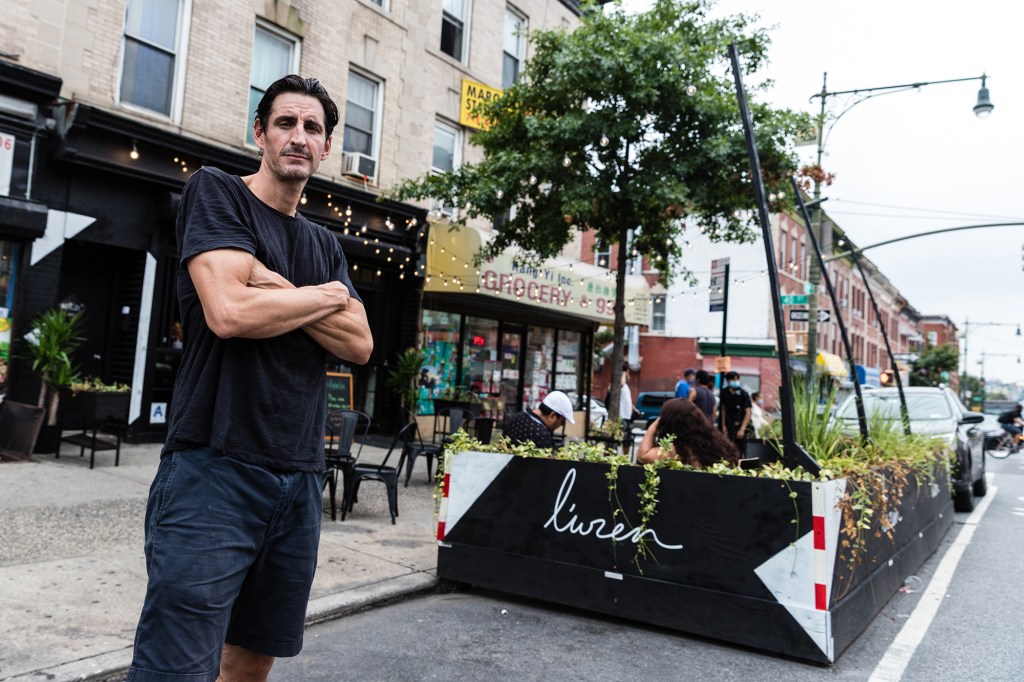