‘I have never abused anyone’: Opera singer Placido Domingo says beating coronavirus made him want to fight to clear his name over accusations of sexually assaulting nine women

Famed Spanish opera singer Placido Domingo, accused by multiple women of sexual misconduct, denied the allegations Thursday in an interview in which he talked about getting over coronavirus.

‘I’ve changed. I am no longer afraid. When I found out I had COVID, I promised myself that if I made it out alive I would fight to clear my name,’ he said in an interview with the Italian newspaper Repubblica.

‘I never abused anyone, I’ll repeat that as long as I live,’ he said.

Domingo, 79, had said in March he had been hospitalised for coronavirus in Acapulco, Mexico.

‘It was a miracle to find my voice again… Two or three months ago I wasn’t sure I would be able to sing again,’ he said. 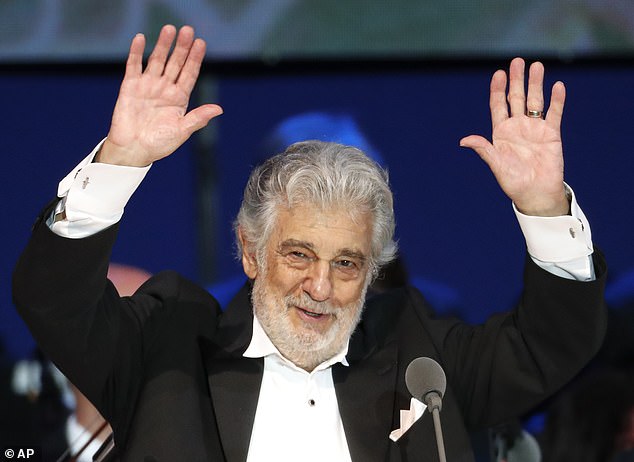 In this 28 Aaugust, 2019, file photo, opera singer Placido Domingo performs during a concert in Szeged, Hungary

He said the time at home with his family had been ‘an extraordinary moment, useful for reflecting on our lives, our choices’ but it was time to ‘get back to normal’.

‘Our lives have changed. And as you know, it’s even more difficult for me because of the accusations that have been made against me,’ he said.

The Spanish icon, who won worldwide acclaim in the 1990s as one of the Three Tenors alongside Jose Carreras and Luciano Pavarotti, has been engulfed in a sexual harassment and assault scandal since August 2019 when allegations against him first surfaced.

He is accused of forcibly kissing, grabbing and fondling women over a period of more than 30 years.

In February Domingo apologised for ‘the hurt’ caused to his accusers, saying he accepted ‘full responsibility’ for his actions. 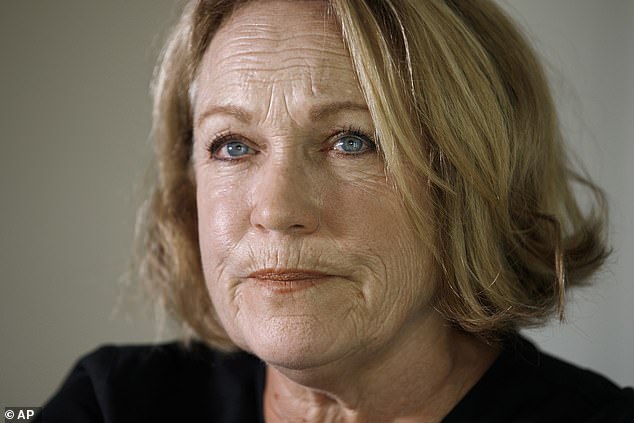 This July 12, 2019, file photo shows former opera singer Patricia Wulf, recounting her experiences, during an interview at her home in Virginia. Wulf is one of nine women who have told The Associated Press that they were sexually harassed by Placido Domingo in encounters that took place over three decades

But just two days later he issued another statement saying that apology had given a ‘false impression’ and he had ‘never behaved aggressively with anyone’ or done anything to obstruct their careers.

The allegations ‘have hurt me more than the virus,’ he told the Repubblica.

‘All that remains for me to do is to take note of the fact that for the moment I will not be able to sing in certain parts of the world, such as the United States and Spain, my country.’

But that will not be because the public is against him, for people ‘are constantly sending me messages of solidarity’, he said.