Outlook for UK housing market is its worst in 20 years, surveyors warn among growing Brexit uncertainty

Hopes for the housing market have hit a 20-year low, a study has found, after sales slowed to a crawl.

And surveyors across the country expect the slump to continue as buyers are put off by Brexit uncertainty, research by the Royal Institution of Chartered Surveyors (Rics) has found.

In December, a majority of surveyors reported declining house prices for the fourth month in a row.

Rics recorded a difference of 28 percentage points between the number of surveyors who believe sales volumes will continue to fall and those who expect them to go up – the biggest gap since records began in 1998.

It means property professionals in every region do not expect the market to recover in the near future. 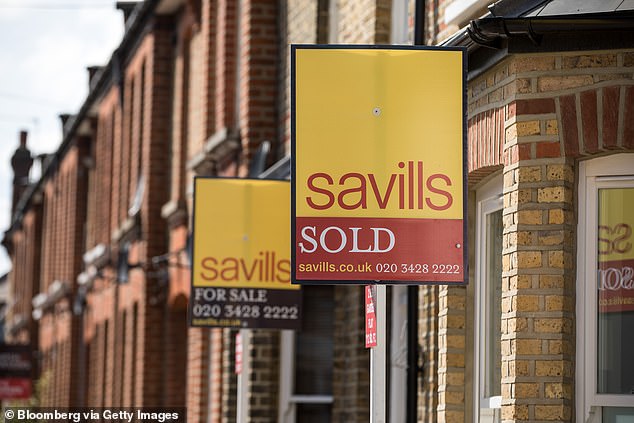 Hopes for the housing market have hit a 20-year low, a study has found, after sales slowed to a crawl. Stock pictures show houses sold by Savills estate agents

It came as separate figures from the Office for National Statistics showed that house prices across Britain rose by just 2.8 per cent in the year to November, with the average property valued at £231,000.

Simon Rubinsohn, Rics chief economist, said: ‘It is hardly a surprise, with ongoing uncertainty about the path to Brexit dominating the news agenda, that even allowing for the normal patterns around the Christmas holidays, buyer interest in purchasing property in December was subdued.

‘This is also very clearly reflected in a worsening trend in near-term sales expectations.’ Last month the Bank of England warned that demand was falling and the supply of new homes was also low.

Extra stamp duty on more expensive homes is also thought to have stalled sales, by making it harder for families to move up the property ladder and out of cheaper, smaller homes usually snapped up by first-time buyers.

Data from the Land Registry shows a collapse in the number of transactions. There were 59,691 sales in England in September – down by almost a quarter from the same month in 2017. In London, the number fell 22 per cent to 6,438.

The capital – for decades a centre of red-hot growth – was the only region to experience an outright fall in property prices in the year to November, with a 0.7 per cent drop to an average £473,000. 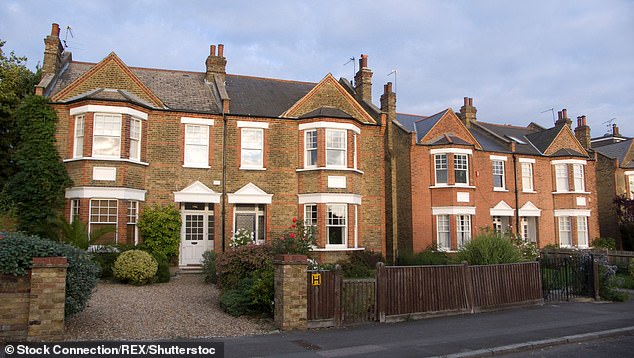 And surveyors across the country expect the slump to continue as buyers are put off by Brexit uncertainty, research by the Royal Institution of Chartered Surveyors (Rics) has found. Stock picture shows terraced homes in London

The West Midlands was the fastest-growing region for prices, with the average property’s value up 4.6 per cent at £197,000. East Midlands homes were the next best performers, with growth of 4.4 per cent and an average value of £192,000.

Kevin Roberts, of Legal & General Mortgage Club, said some buyers and sellers were taking a ‘wait-and-see approach when it comes to the property market’.