A combined $15,000 in rewards is now being offered in the manhunt for a Pennsylvania cop-shooting suspect whom police are describing as a "danger to the community."

Koby Lee Francis, as of Thursday, is still on the run following the brazen incident that unfolded outside of the McKeesport police station, near Pittsburgh, on Sunday afternoon. The 22-year-old is accused of firing at a police officer three times while handcuffed and then fleeing the scene.

The Bureau of Alcohol, Tobacco, Firearms and Explosives (ATF) on Wednesday announced a $10,000 reward for information leading to his arrest, according to WTAE.

Richard Bazzy, the owner of Shults Ford car dealerships, is also offering a $5,000 reward for similar information, the station added.

"This is an armed suspect who is obviously dangerous. He fled still armed. There is a danger to the community," Allegheny County Police Superintendent Coleman McDonough said Monday, according to KDKA. "We want it to end right here. We want this to be the last harm inflicted by that individual or any other individuals. That’s our primary concern."

The officer wounded in the incident, 32-year-old Gerasimos Athans, suffered nonlife-threatening injuries and is expected to recover. 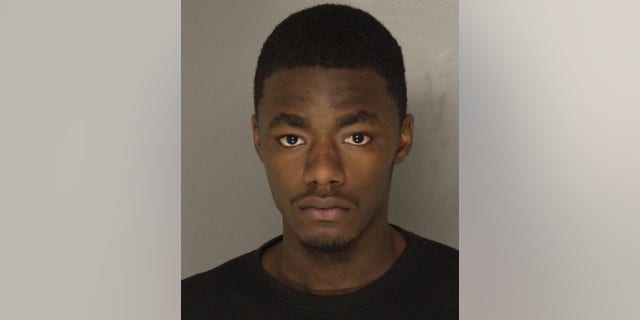 Koby Lee Francis is being sought after police say he shot an officer over the weekend. (Allegheny County District Attorney)

Francis previously was charged and sentenced in a 2017 home invasion case, reports say.

He is now being sought for attempted homicide, escape and aggravated assault, among other charges.

Police describe Francis as a Black male around 6-feet-2-inches tall with black hair.