The Government’s coronavirus dashboard was hit by ‘technical difficulties’ today — rendering it useless.

It meant the public couldn’t see how many deaths, cases or hospitalisations were recorded in the past 24 hours, or ever.

Public Health England — which operates the dashboard — was forced to tweet out the updated daily Covid-19 figures.

It meant the public couldn’t see how many deaths, cases or hospitalisations were recorded in the past 24 hours, or ever 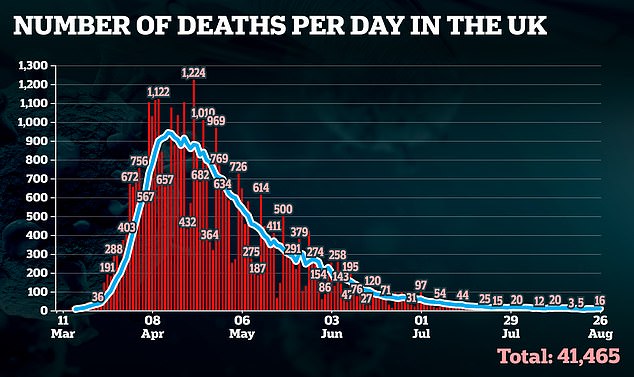 The glitch, which sees the data ‘take longer than usual to load’, is the latest in a string of blunders relating to how ministers collect its coronavirus data.

Instead, it now claims the daily figures it released before the figures were revised relate only to the number of positive tests.

However, ministers made it clear at the start of the pandemic that the daily case numbers related to people, not tests.

Officials also promised to publish the daily coronavirus statistics at 2pm, but were unable to stick to the deadline. They no longer commit to a time.

Other health bodies releasing statistics have managed to get into a stable rhythm, with NHS England always announcing figures at 2pm, or within minutes. 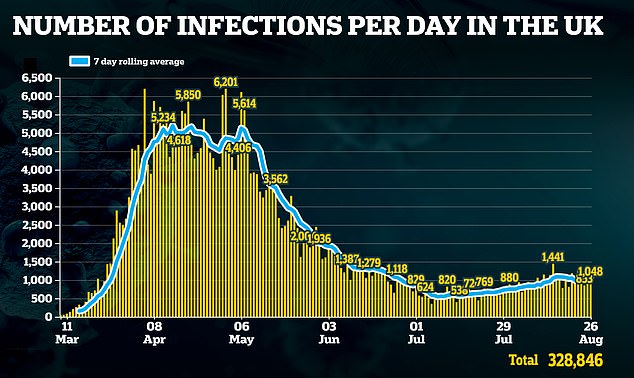 And it’s not the first time PHE has blamed ‘technical difficulties’ for glitches, with it reportedly responsible for it being unable to update cases and tests data on August 13.

MailOnline asked PHE to explain what the cause of the glitch was. Sources say it’s an issue with the hosting platform and is outside of PHE’s control.

Instead, PHE just sent a link to its Twitter profile, where it released today’s figures. It does not usually rely on social media to update the numbers for the public.

The dashboard says: ‘The service is currently operational but owing to technical difficulties, the data is taking longer than usual to load.

‘We apologise for any inconvenience and are working to restore optimal speed as soon as possible.’

And it said that 16 new deaths have been reported across the UK, meaning the total death toll now stands at 41,465.