Pictured: Young rock fan, 25, who collapsed and died in the mosh pit at a Bring Me The Horizon gig at London’s Alexandra Palace 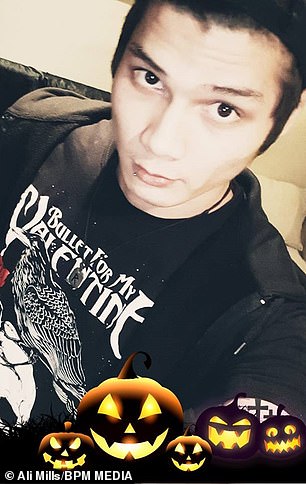 This is the first photograph of a 25-year-old rock fan who died in a mosh pit at a Bring Me The Horizon gig.

Ali Mills was carried out of the crowd at the 10,000-capacity Alexandra Palace in North London by security, with emergency services called on Friday night – but he later died at the scene.

The band from Sheffield have since told how they were ‘horrified’ by the death of Mr Mills, who was from Cheshunt on the Essex-Hertfordshire border.

Some fans have criticised security, but the venue insisted it was a ‘tragic medical incident and unrelated to the extensive security measures in place’

One friend said online: ‘Rest In Peace, Ali Mills. What a tragic way to go out, seeing your favourite band play a sold out gig with the whole place rocking. That could have been any of us, the pits were that crazy on Friday. Stay rocking, dude.’

And another friend, Aimee Thompson, wrote a blog post saying: ‘Ali Mills was such a gentle soul with a ridiculously immature sense of humour who offered a safe space to each and every single one of his friends, let that be what you take away from this.’ 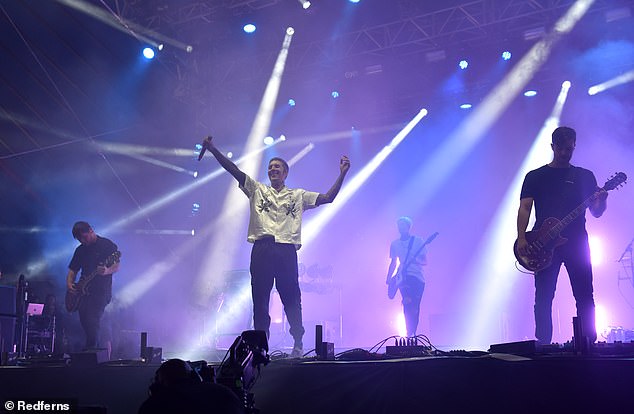 Oliver Sykes of Bring Me The Horizon, pictured performing at Reading Festival in August 2018

The band said in a statement: ‘Words cannot express how horrified we are feeling this evening after hearing about the death of a young man at our show last night.

‘Our hearts and deepest condolences go out to his family and loved ones at this terrible time. We will comment further in due course.’

Some fans at the gig criticised security staff after the death, with a petition launched to ‘Keep Concerts A Safe Place’ having already gathered 1,300 signatures.

It reads: ‘Concerts are meant to be a safe place, where fans from all over the world can come together and enjoy something that has shaped all of our lives individually.

‘The situation regarding Bring Me The Horizon at Alexandra Palace is one that needs to influence the future of gigs in large venues for the safety of every attending fan.

‘Having witnessed first hand what happened in medical, and seeing the efforts of the nine paramedics trying to save Ali’s life through automatic CPR, it was one that has scarred my mind and thoughts with nightmares to come.’

The petition called for security staff to have further training, adding that it was calling for ‘mid centre barriers to prevent surges and extra pit work security’.

Other fans offered their condolences to the victim’s family and highlighted the dangers of mosh pits.

Liam Atkins tweeted: ‘So sad, was at the concert and had no idea, thoughts to family and loved ones – we were all just trying to have a good night out.’ 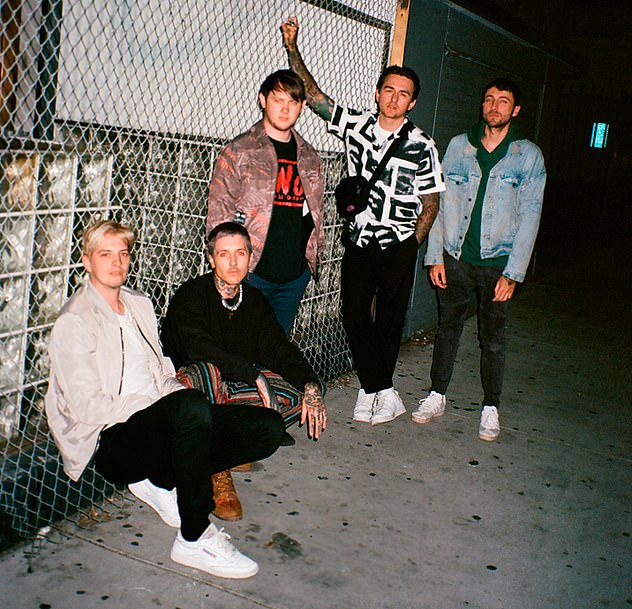 Abbi Roberts added: ‘I know pits are fun but it breaks my heart that people are risking their lives by trying to have fun.

‘I was at the gig in Birmingham and people were coming out with bloody noses and visibly broken bones – this is not what music is about.’

Concert attendee Tina Thorne described paramedics rushing to the scene with an empty wheelchair on Twitter.

She tweeted: ‘I did see a couple of guys in green running from the back of the venue into the outside part with a wheel chair – no one in it – but obviously on their way to an incident somewhere in the venue.’ 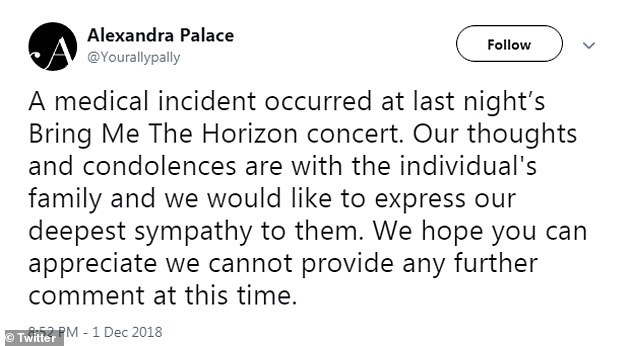 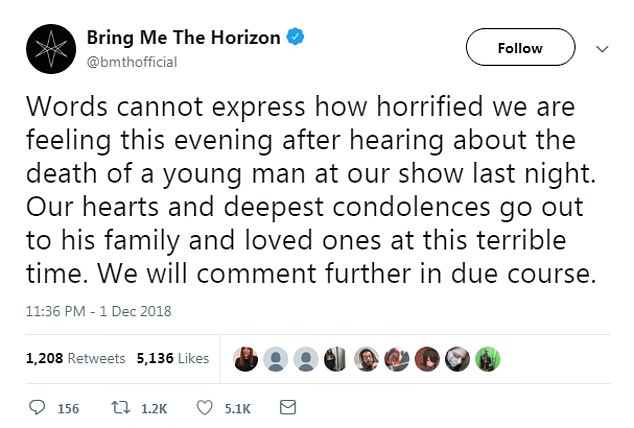 A London Ambulance Service spokesman said the man died at the scene, adding: ‘We sent an ambulance crew, a paramedic in a fast response car, an advanced paramedic and our hazardous area response team to the scene. Our first medic arrived in less than three minutes.’

An Alexandra Palace spokesman said: ‘A medical incident occurred at (Friday) night’s Bring Me The Horizon concert. Our thoughts and condolences are with the individual’s family and we would like to express our deepest sympathy to them.

The venue later added: ‘We would like to clarify that this was a tragic medical incident and unrelated to the extensive security measures in place.

‘However, we feel we must address inaccurate information. There were over 150 security personnel on site for the concert.’