Horrifying moment police car collides with woman, 61, at high speed and catapults her along road

This is the shocking moment a female pedestrian is catapulted down the street after she was hit at high speed by a police car today.

Footage shows the 61-year-old woman trying to cross the road before she is struck by a second marked police car.

The incident happened in Bradford as two West Yorkshire Police vehicles traveled along Lilycroft Road, in the Manningham area of the city late this afternoon. 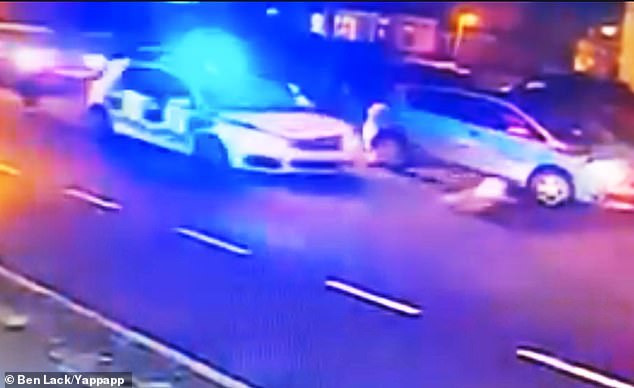 West Yorkshire Police have referred the incident to the Independent Office for Police Conduct for investigation.

CCTV footage shows the first police car travelling down the road with blue flashing lights as traffic is stopped on the side.

After the first car passes, the woman then walks into the street but is immediately ploughed into by the second police car, sending her flying down the street.

She was transported to Leeds General Infirmary by air ambulance with serious injuries and the road was subsequently closed.

The police car was placed inside a cordon and suffered extensive damage to the bonnet and its windscreen was smashed. 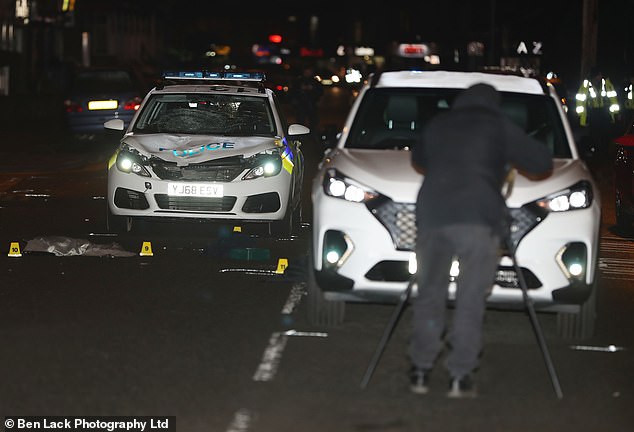 Inquiries are currently being conducted to establish the full circumstances of the incident.

The West Yorkshire Police spokesperson said: ‘Officers in a marked police vehicle responding to an emergency call were this evening involved in a serious road traffic collision with a 61 year old pedestrian.’

‘There needs to be a pedestrian crossing. There’s two mosques here- small kids are going to the mosque.’