A dedicated police unit set up to protect MPs has received more than 500 reports since being set up in 2016.

The number of complaints to the Parliamentary Liaison and Investigations team has spiked in the past 18 months.

The figures were revealed today by BuzzFeed News following a Freedom of Information request to the Metropolitan Police. 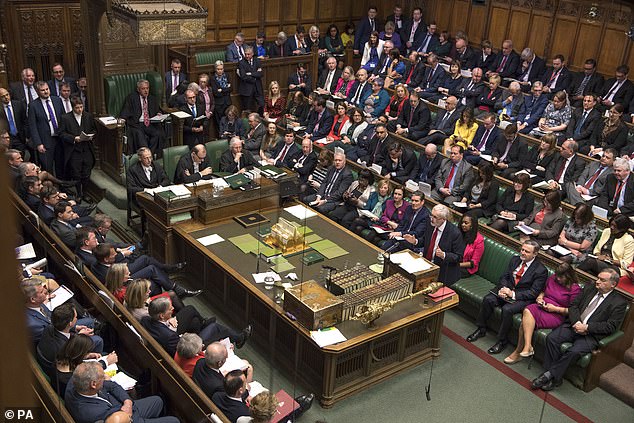 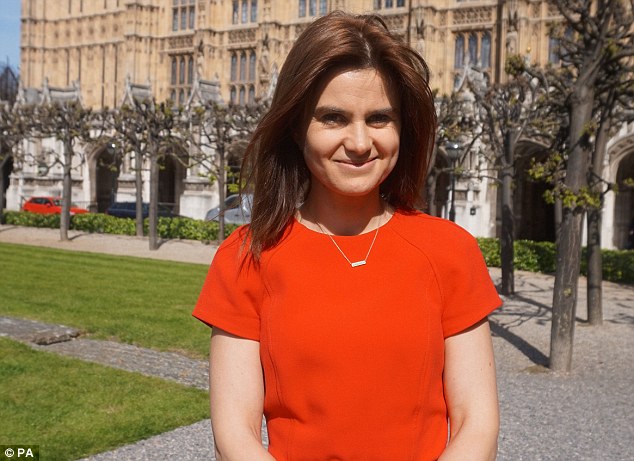 As well as the bomb threats and powder hoaxes, there were 88 allegations of theft, 20 of criminal damage and four claims of tresspass.

Labour’s Angela Rayner and Tory Nadine Dorries both revealed this week they have had panic buttons installed in their homes to alert police to intruders.

The unit was set up in the aftermath of the killing of Jo Cox outside her MPs’ surgery in Batley and Spen.

After the figures were revealed, Commons leader Andrea Leadsom told the site: ‘These figures are extremely concerning. All MPs come to parliament to do their best for their constituents — and it is completely unacceptable for them to become a target for abuse.

‘I work closely with the House Authorities on security matters and I know they work hard to keep all MPs safe, but this is a reminder of the rising challenge we face and the need to do more to make politics a safer, more respectable place.’

Former Labour deputy leader Harriet Harman added: ‘What it shows very clearly is a serious and alarming increase of the scale of criminal offences against members of Parliament,’ she said.

‘We’ve got to sit up and take notice of this and we’ve got to stop it, it’s a threat to democracy.

‘As we head into next week and March 29 it threatens a serious escalation in the coming weeks and this is something that Parliament has to take seriously. What I think we should have is the equivalent of a Parliamentary Cobra.’ 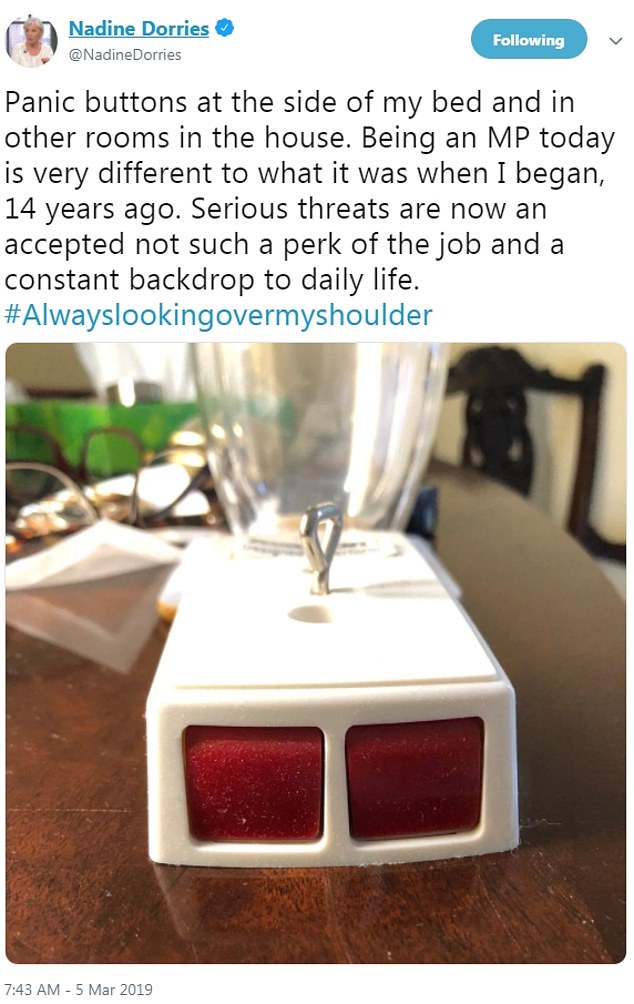 Catherine Anderson, the chief executive of the Jo Cox Foundation, said: ‘I am appalled at both the nature and the volume of these incidents, and sympathise deeply with any Member of Parliament — indeed anyone in public life — who has been at the receiving end of violence and threats, whether online or offline,’ she said.

‘But I am afraid that the actual picture is probably much, much worse. The kinds of attacks we are seeing today are organised, targeted and relentless, designed to wear down and intimidate those we elect to represent us.

‘If we do not as a society begin to call out this behaviour, improve reporting routes, and detoxify public life, we risk deterring brilliant people from coming forward to represent us in the future.

‘This cannot and should not be tolerated.’