FOX News host Tucker Carlson has blasted pollsters as he claimed Donald Trump fans are too afraid to say they support him.

Carlson went on the attack as Trump once again defied the polls which all forecast a landslide victory for his Democrat rival Joe Biden. 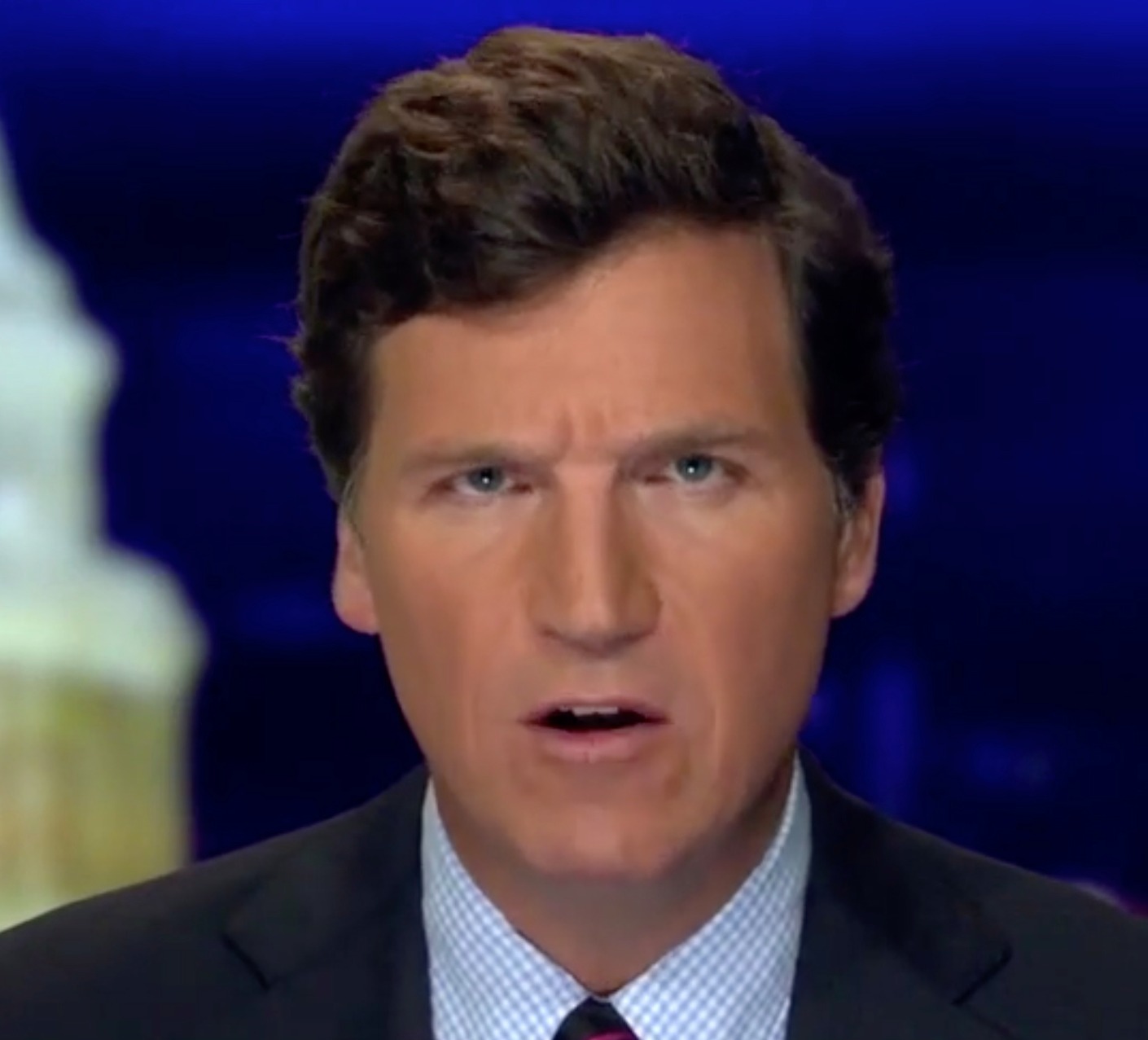 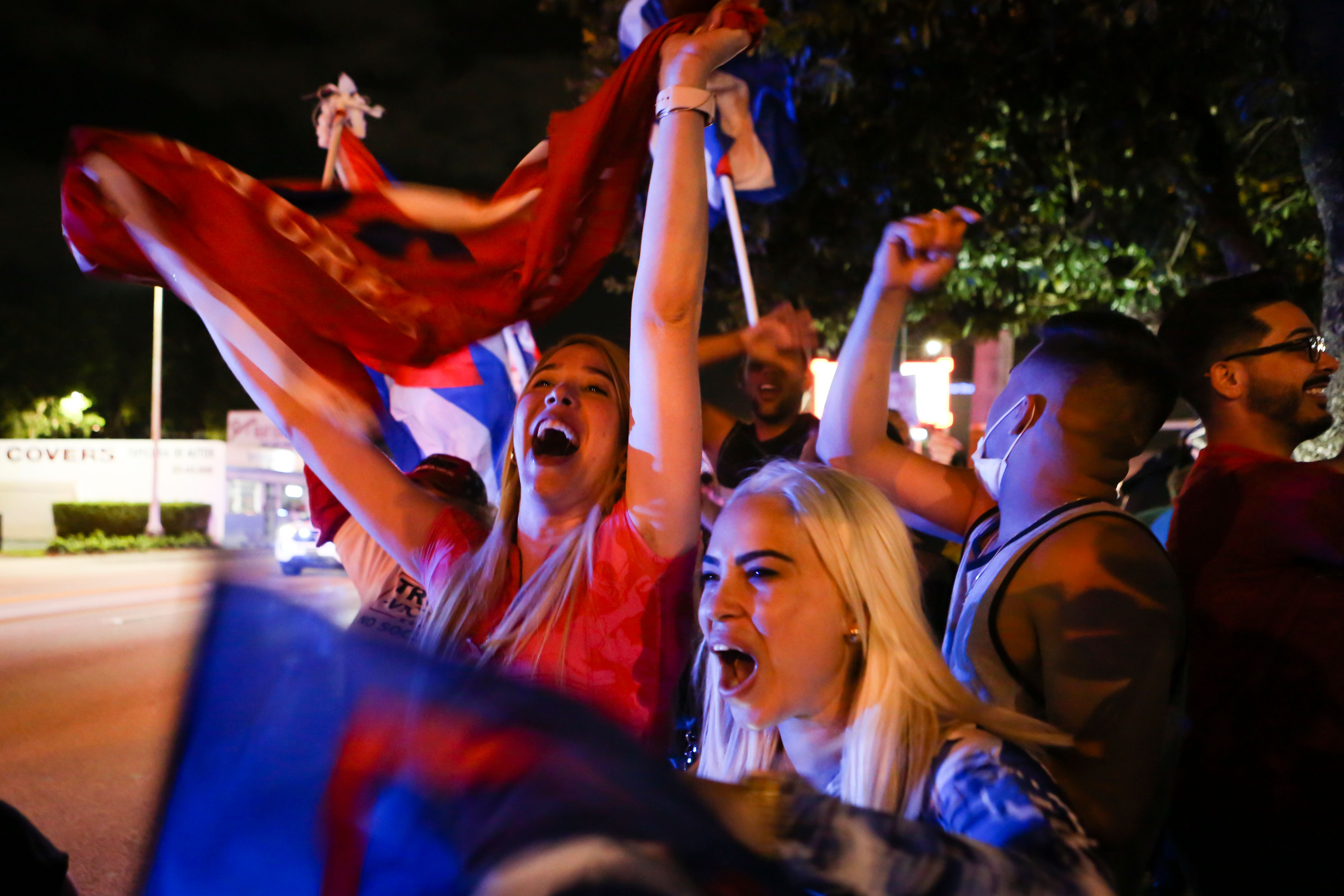 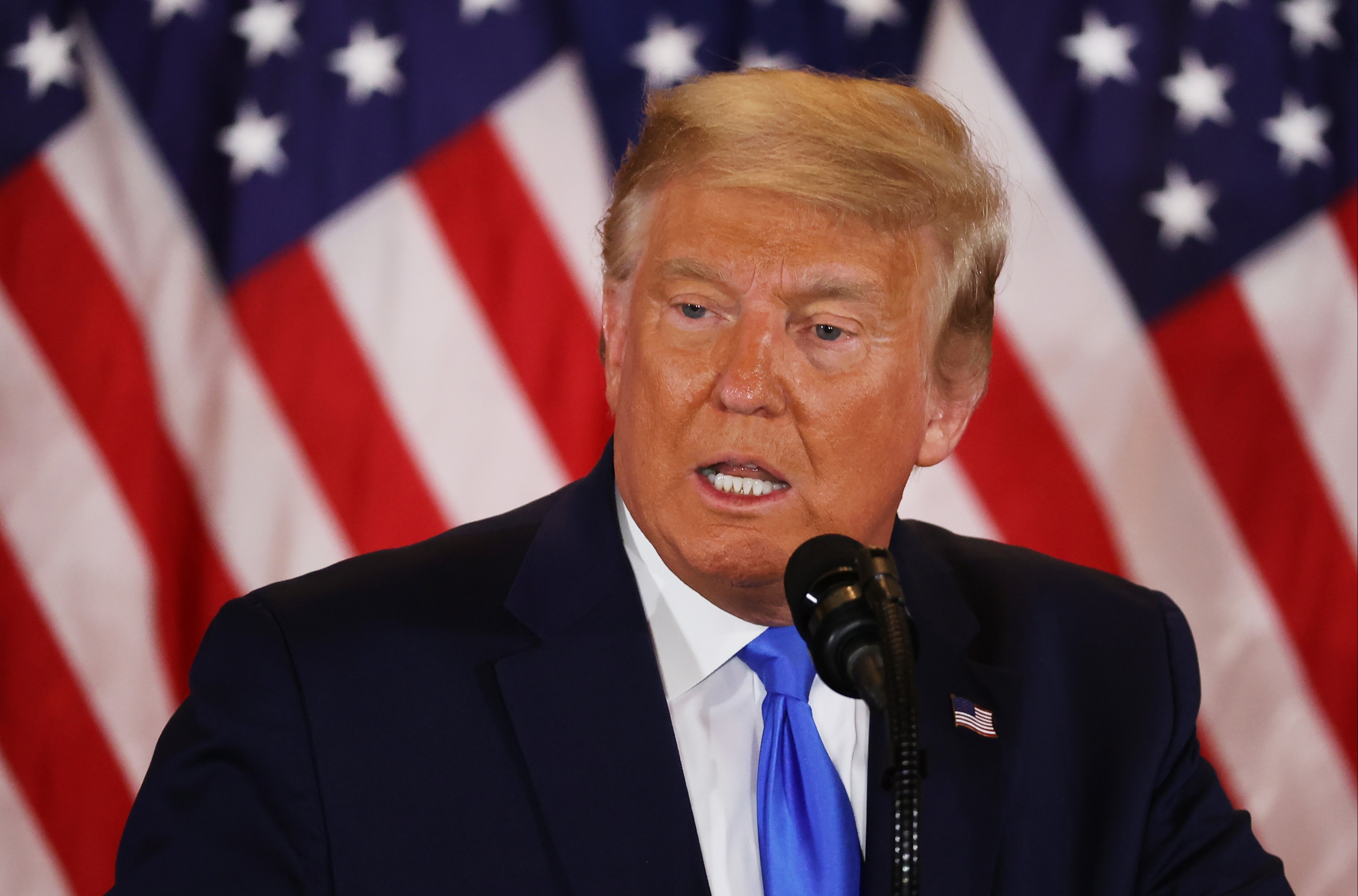 Trump had a repeat of 2016 as he surged in key states, leaving what was expected to be an easy win for Biden as too close to call – coming down to the final states in the Midwest and Rust Belt.

Questions are now being asked over how the pollsters – who had wildly inaccurate forecasts such as a 10 per cent chance of Trump victory and 364 electoral college votes for Biden – could be so wrong twice.

Carlson blasted that all pollsters should be "fired" and also said the skewed forecasts show that many Trump fans may be afraid to reveal they back him.

He said: "The most basic question the polls raise: Is this a free country? If you're afraid to express a political view in public — you could be fired for it, banished for it — is that a free society?

"The answer is, of course not."

And with the election potentially not to be decided for days or weeks – many have said this result is now the death knell for American pollsters.

What we know so far

During Fox New's election night coverage, host Bret Baier also asked him if the polling industry was dead and he replied "you know, I really hope so".

Carlson said: "I can name some of the people that should be much fired immediately, and I think I will. I just need to calm enough to get their names on paper."

He went on: "The first way to fix it is by holding the people who screwed up accountable. And that’s just by firing them.

"But they cannot keep discrediting the work of the rest of us by screwing up in the way they have. I think that is a fair ask." 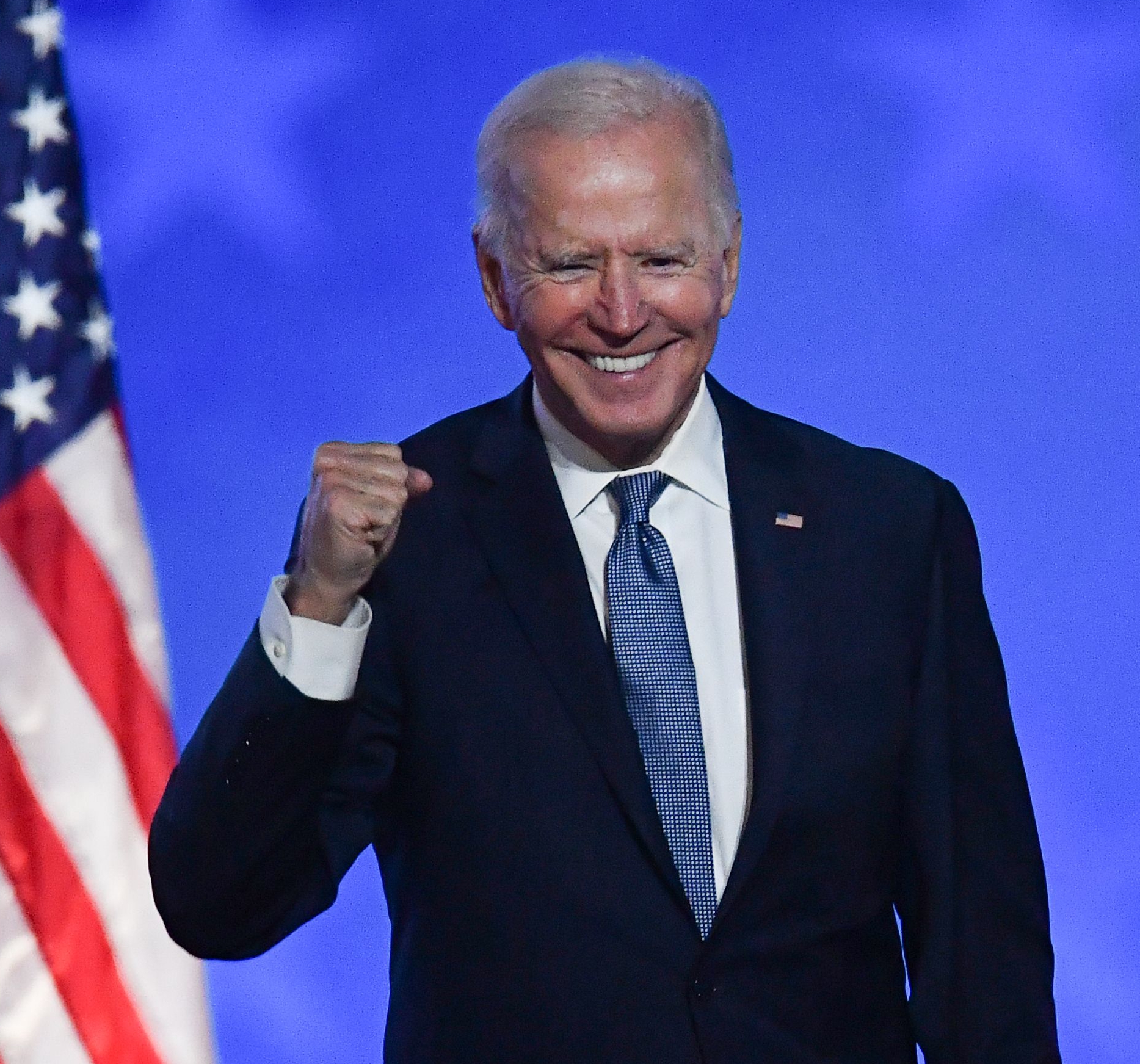 What happens if both candidates get 269 electoral votes?

As the election is coming down to the wire, let’s take a look at what happens if both candidates get 269 electoral votes.

A 269-269 tie is unlikely, but there are possible different scenarios that could occur.

If neither presidential candidate gets 270 Electoral College votes, the Constitution requires the House of Representatives to pick the president.

The Senate would then pick the vice president.

The House has decided only two elections – both occurring before the current threshold of 270 electoral votes needed to win.

Thomas Jefferson defeated Aaron Burr in 1800 (fans of the Broadway play "Hamilton" should know this well). Jefferson and Burr were both part of the Democratic-Republican Party and finished in a 73-73 tie before the House gave the win to Jefferson.

Trump claimed key battleground states such as Florida, Iowa, Ohio and Texas despite some forecasters predicting he would likely lose them to Biden.

Tuesday night’s tight race was a déjà vu of sorts of how results shaped up in 2016 when Trump shocked the world by beating Hillary Clinton.

The polls heavily favored the Democrat, but as the night went on the votes eventually tipped towards Trump and he won the White House.

Echoes of the stunning result have been heard in 2020 as bullish predictions of a Biden landslide were proved wrong as Trump secured the key states.

Pollsters had bragged they had changed their methods to factor in the unpredictable trends such as "shy Trumpers" back in 2016 – and insisted they would not be so wrong again.

YouGov America forecast the final result to be 364 electoral college votes for Biden, and 174 for Trump – and it had Biden leading in the popular vote by seven points.

Both candidates are now likely to finish very close to 270 key margin – with some forecasts suggesting Biden may edge ahead thanks to making up votes in the Mid West and Rust Belt. 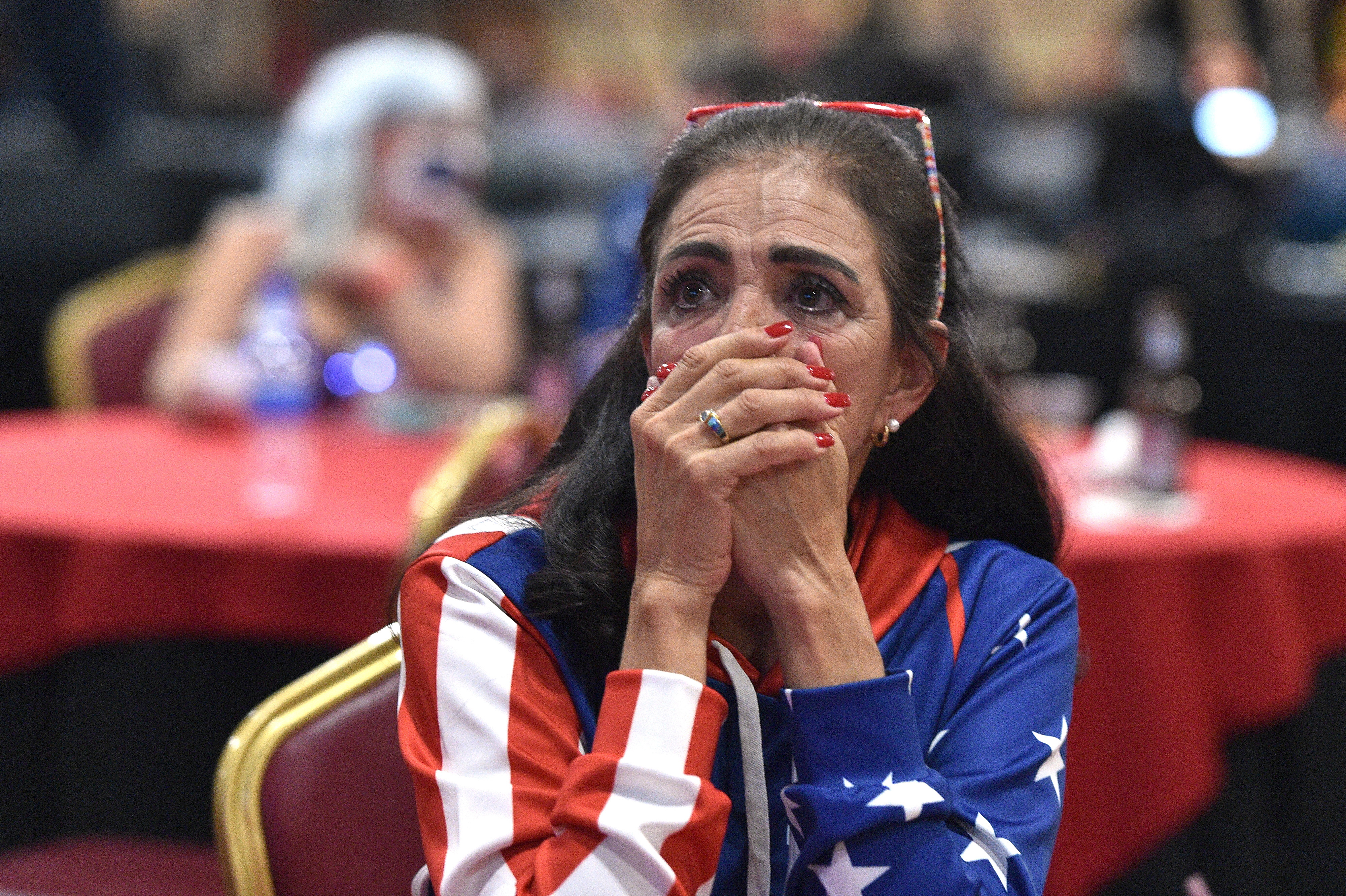 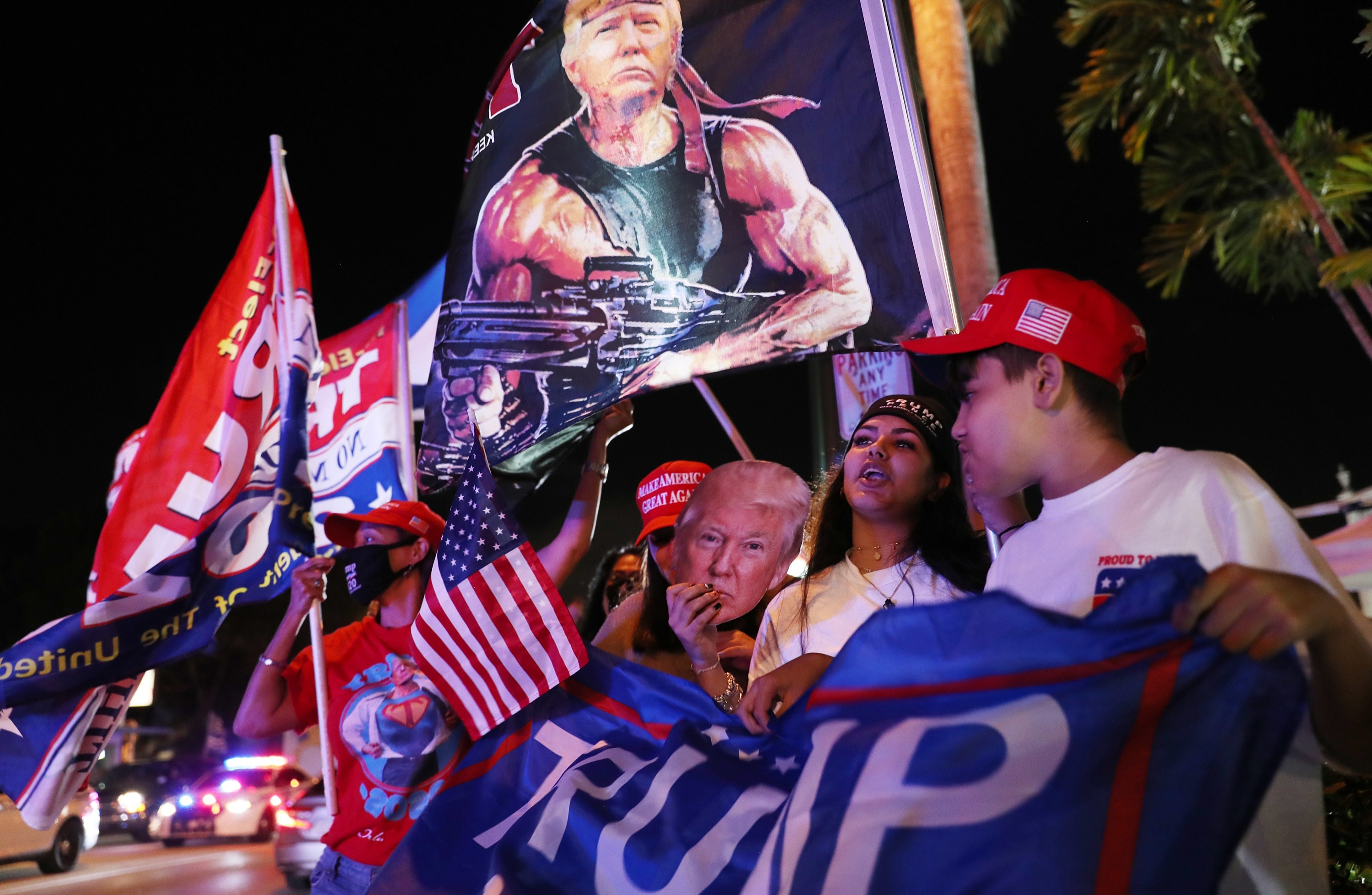 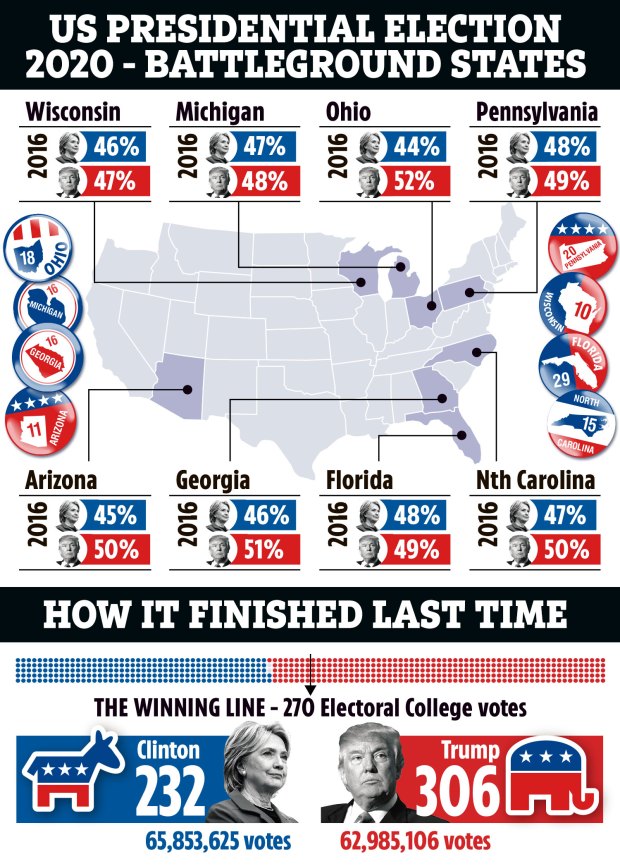 John McCain's daughter Meghan, a conservative commentator, said: "Modern American polling is dead and modern American pollsters should find another vocation so they stop wasting all of our collective time and helping to gaslight the media and American public."

MSNBC host Christ Hayes added: "Again, I'd urge people to view tonight as *another* example of some very major systematic polling errors across all kinds of domains rather than 'under-performance'.

"Literally everyone was working off the same data. The data was bad."

FOX 11 correspondent Bill Melugin opined that regardless of how the final result panned out, “we are witnessing the end of the political polling industry before our eyes” because they were “completely off, again.”

Conservative commentator Dan Bongino posted on Twitter; "A lot of pollsters are s***. Thanks. That’s all."

Once Upon a Time in America star James Woods said: "One thing we DO know for certain, however, is that pollsters are a bunch of monkeys – ridiculous, biased, utterly inept, poop-flinging monkeys."

Republican senator Lindsey Graham blasted: "To all the pollsters out there, you have no idea what you are doing.

"And to all of the liberals in California and New York, you wasted a lot of money." 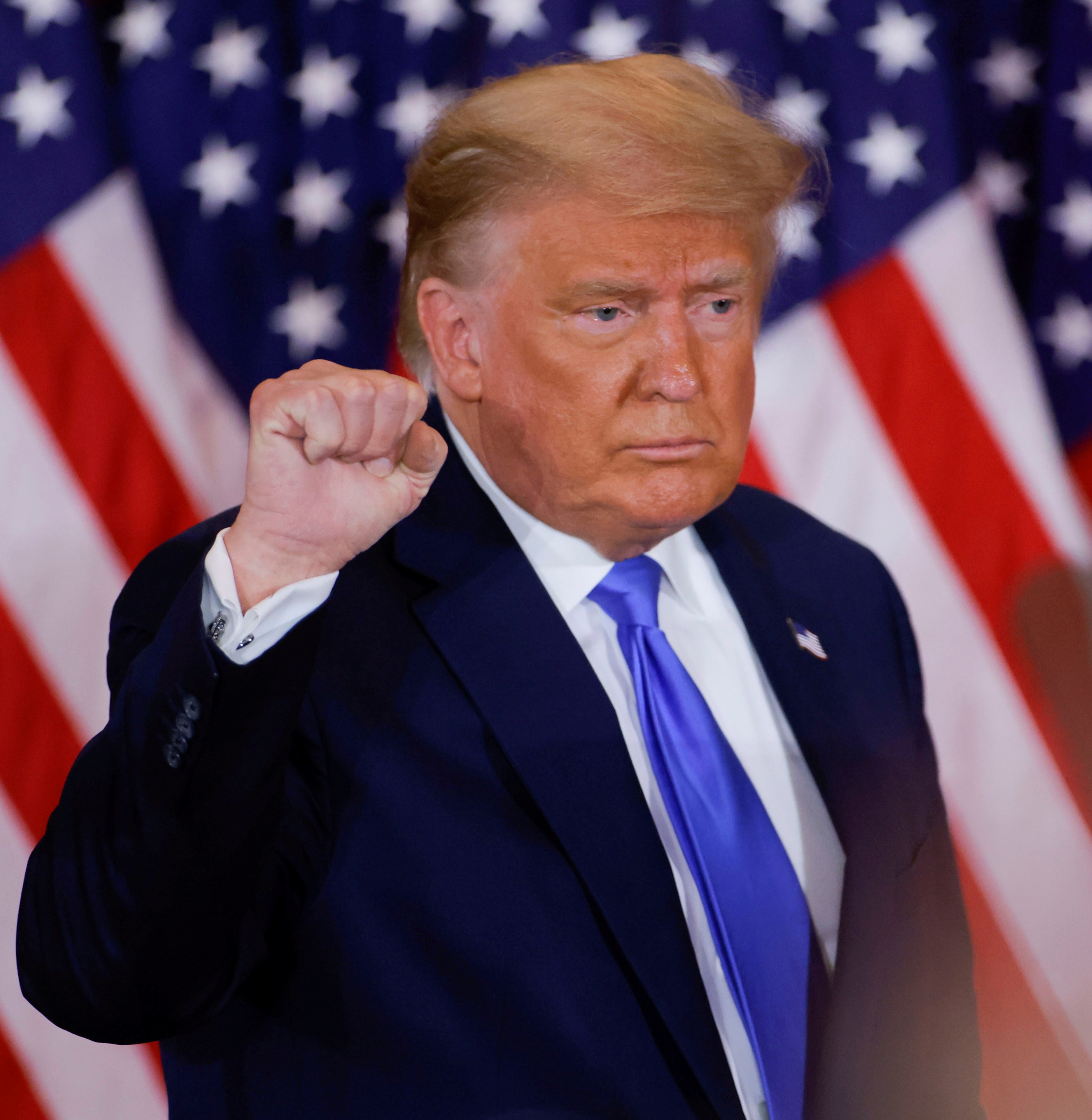 DONALD Trump made an extraordinary address to the nation as he appeared to declare victory and suggest he will fight the election result in the Supreme Court.

Meanwhile, Donald Trump addressed the nation in an extraordinary late night speech from the White House in which he called for "all voting to stop" and suggested he would go to the Supreme Court.

Trump fumed there had been a "major fraud" – despite there being absolutely no evidence to suggest any problems with ballots – as the election comes down to the wire.

His comments were condemned by Joe Biden's campaign as "outrageous, unprecedented and incorrect" and even Trump's Republican allies questioned his accusations.

The election now hinges on the states Georgia, Pennsylvania, Michigan and Wisconsin.

Shortly after 2am, Trump stepped out to address the nation in an speech that many Democrats had feared was coming – an apparent declaration of victory before the conclusion of the election.

Speaking from the ceremonial East Room, he said: "We did win this election. This is a fraud on the American public."

Biden's campaign angrily reacted as it accused Trump of a "naked effort to take away the democratic rights of American citizens".

Mr Biden's campaign manager Jen O'Malley Dillon said: "If the president makes good on his threat to go to court to try to prevent the proper tabulation of votes, we have legal teams standing by ready to deploy to resist that effort.

"And they will prevail."