PORTLAND Mayor Ted Wheeler issued a scathing verbal attack on Trump during a press conference on Sunday, saying the president was to blame for the violence that led to a man being killed.

Wheeler unleashed his contemptuous tirade against Trump after a man wearing a hat with the insignia of Patriot Prayer, a far-right group based in the Portland area, was shot and killed on Saturday night. 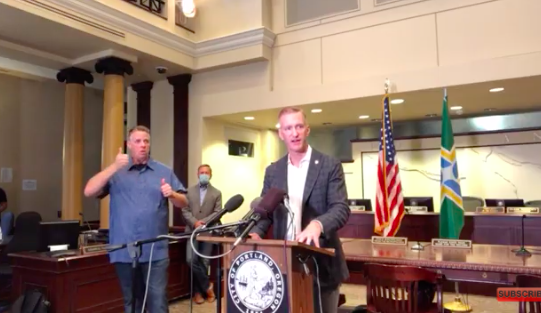 "Do you wonder why America, in the first time in decades, has seen this level of violence?," Wheeler said.

"It's you who have created this level of hate and division. It is you who have not found a way to say the names of Black people killed by police officers even as people in law enforcement have.

"And it's you who claimed white supremacists are good people. Your campaign of fear is as anti-democratic as anything that you've done to create hate and vitriol in our beautiful country.

"You've tried to divide us more than any other figure in modern history," Wheeler continued. "And now you want me to stop the violence that you helped create." 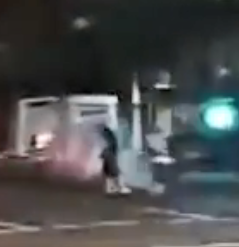 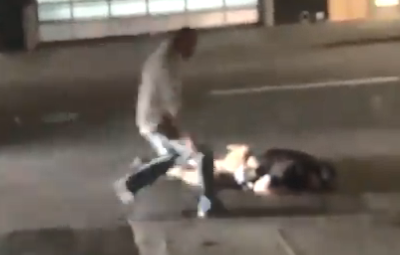 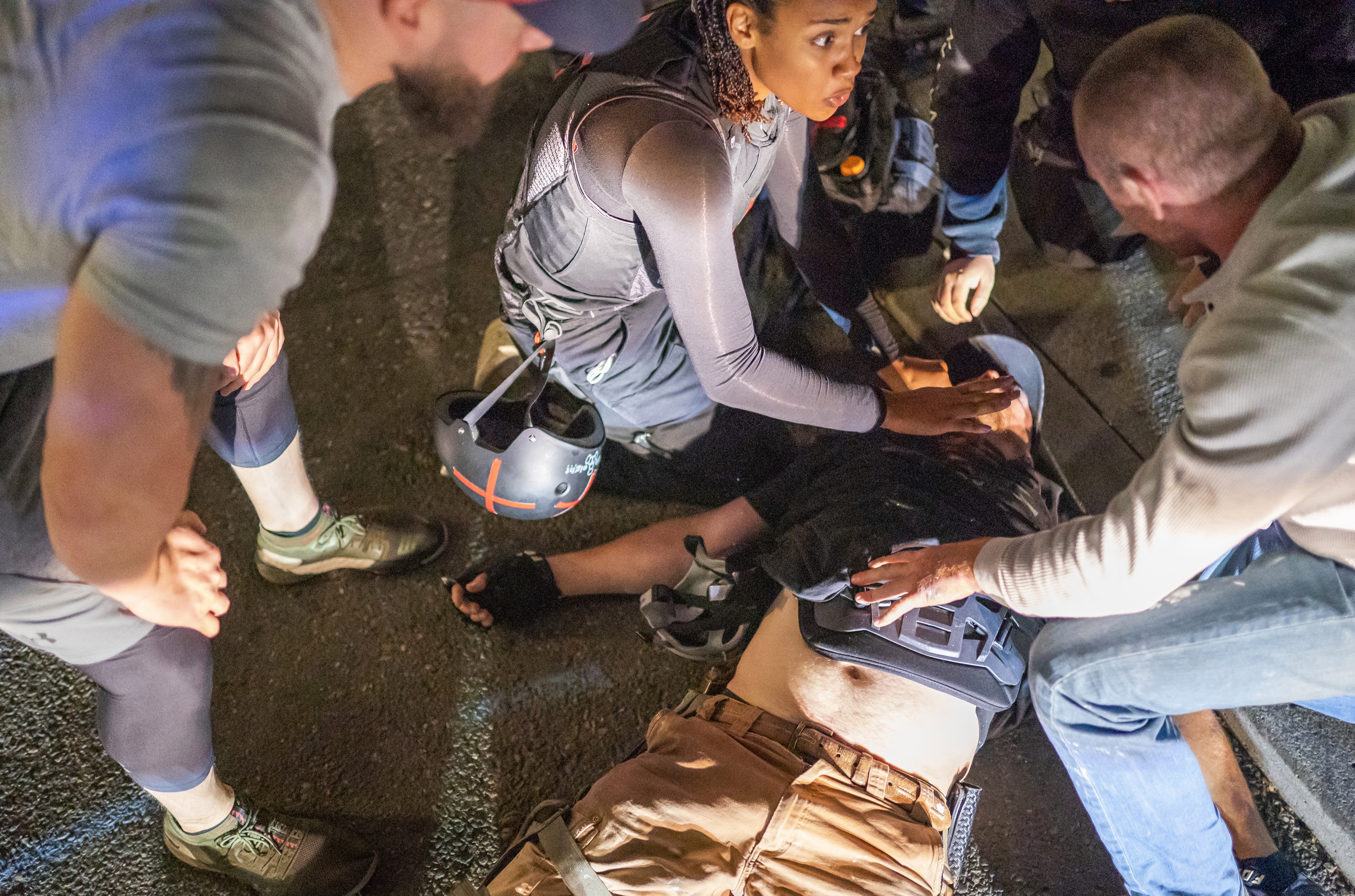 Shocking footage showed the moment a pro-cop man was shot dead during clashes between Trump supporters and BLM protesters in Portland.

The leader of far-right group Patriot Prayer has confirmed the man who was shot dead was a “good friend” and a Blue Lives Matter supporter.

The shooting came as a caravan of Trump supporters clashed with Black Lives Matter protesters in Portland, as multiple arrests were made in the 95th night of demonstrations following the death of George Floyd.

During his conference, Wheeler added: "President Trump for four years we've had to live with you and your racist attacks on black people. We learned early about your sexist attitudes towards women.

"We've had to endure clips of you mocking a disabled man. We've had to listen to your antidemocratic attacks on journalists. We've read your tweets slamming citizens to the point of receiving death threats and we've listened to your attacks on immigrants.

"We've listened to you labeling Mexicans as rapists. And now you're attacking democratic mayors in the very institutions of democracy that've served this nation well since its founding."

He continued: "What America needs is for you to be stopped so we can come back together as one America while recognizing that we must to demand that all people, every color from every political persuasion, pull together and hold accountable in stopping racism and violence." 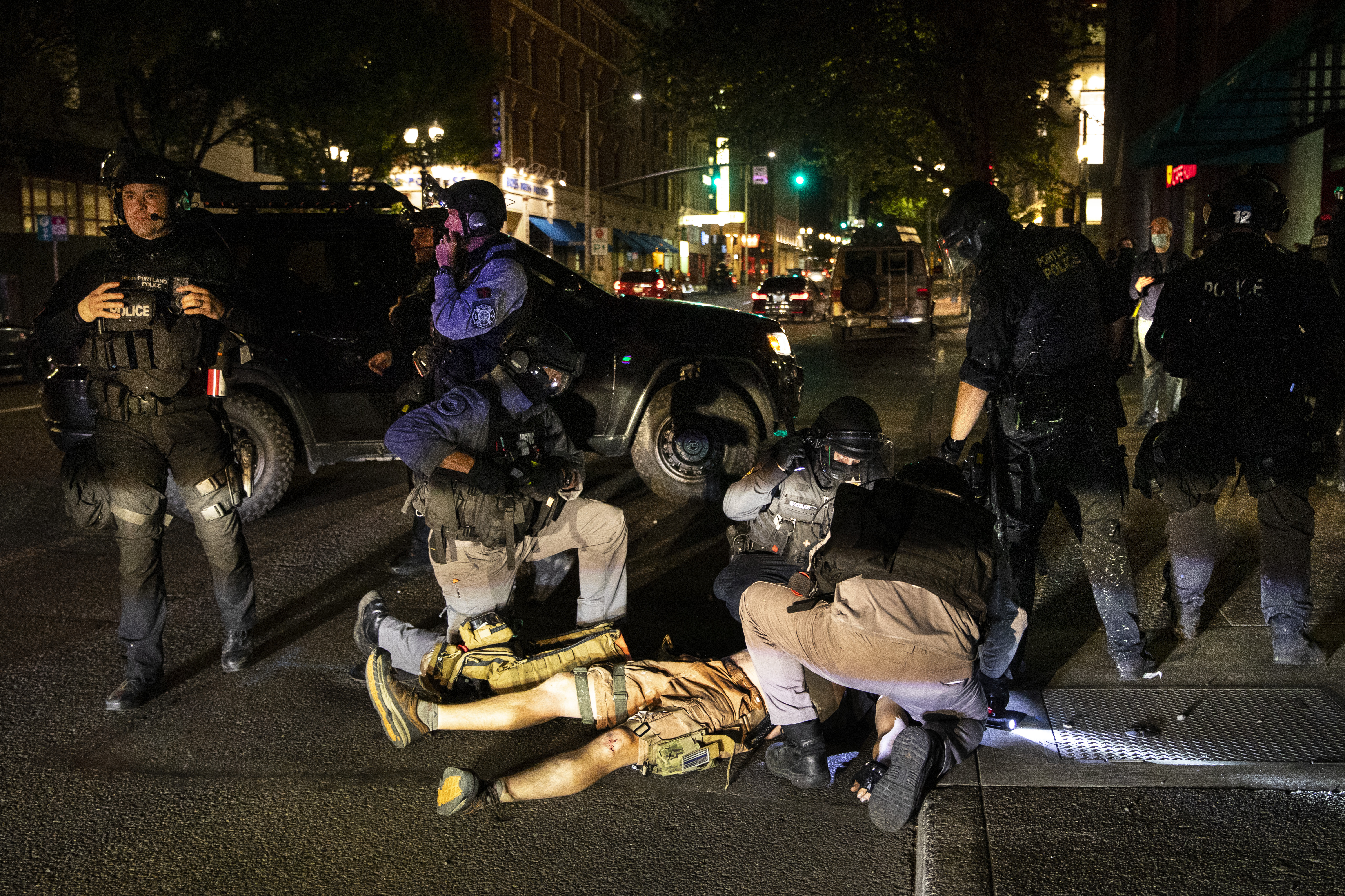 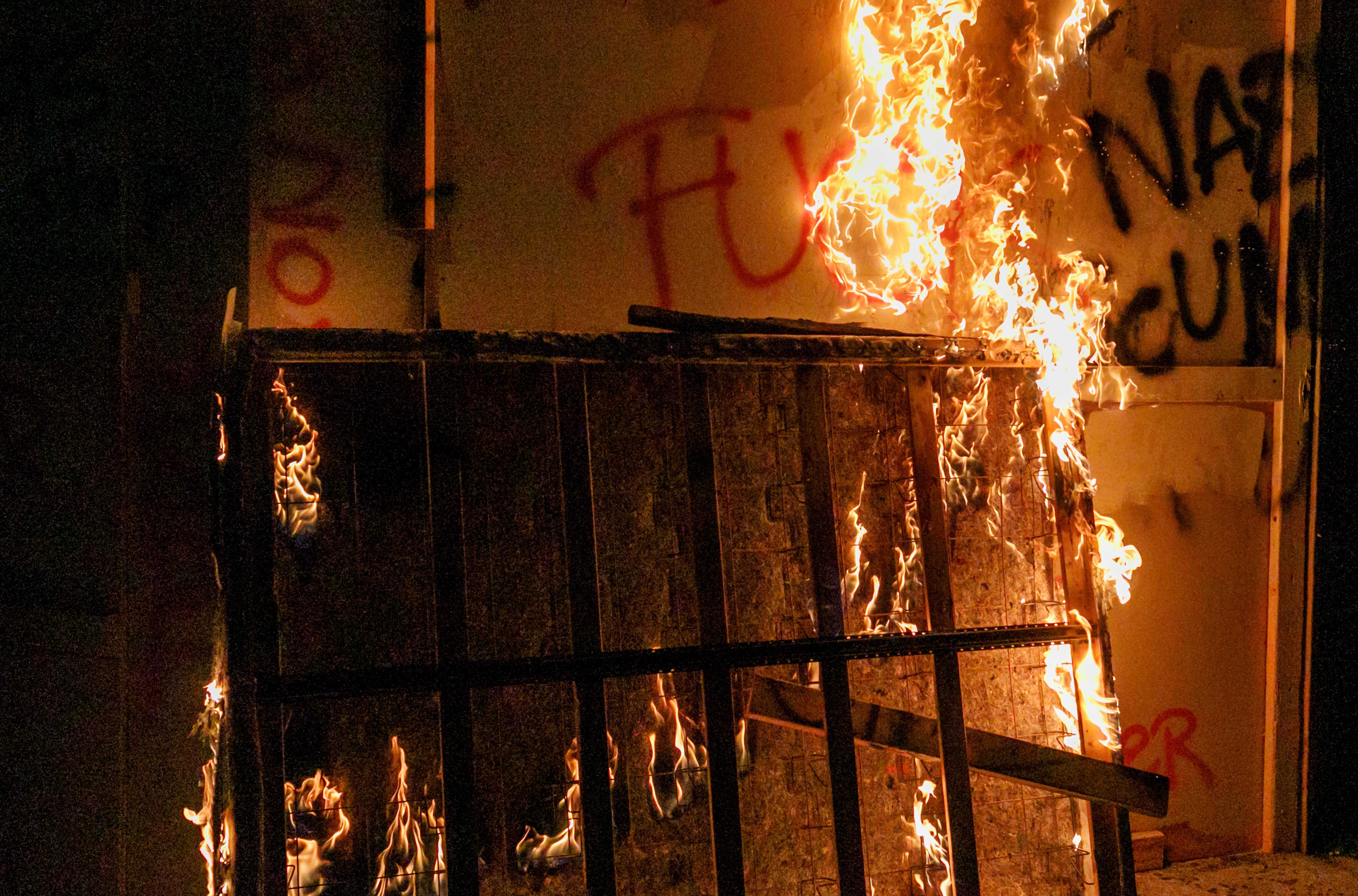 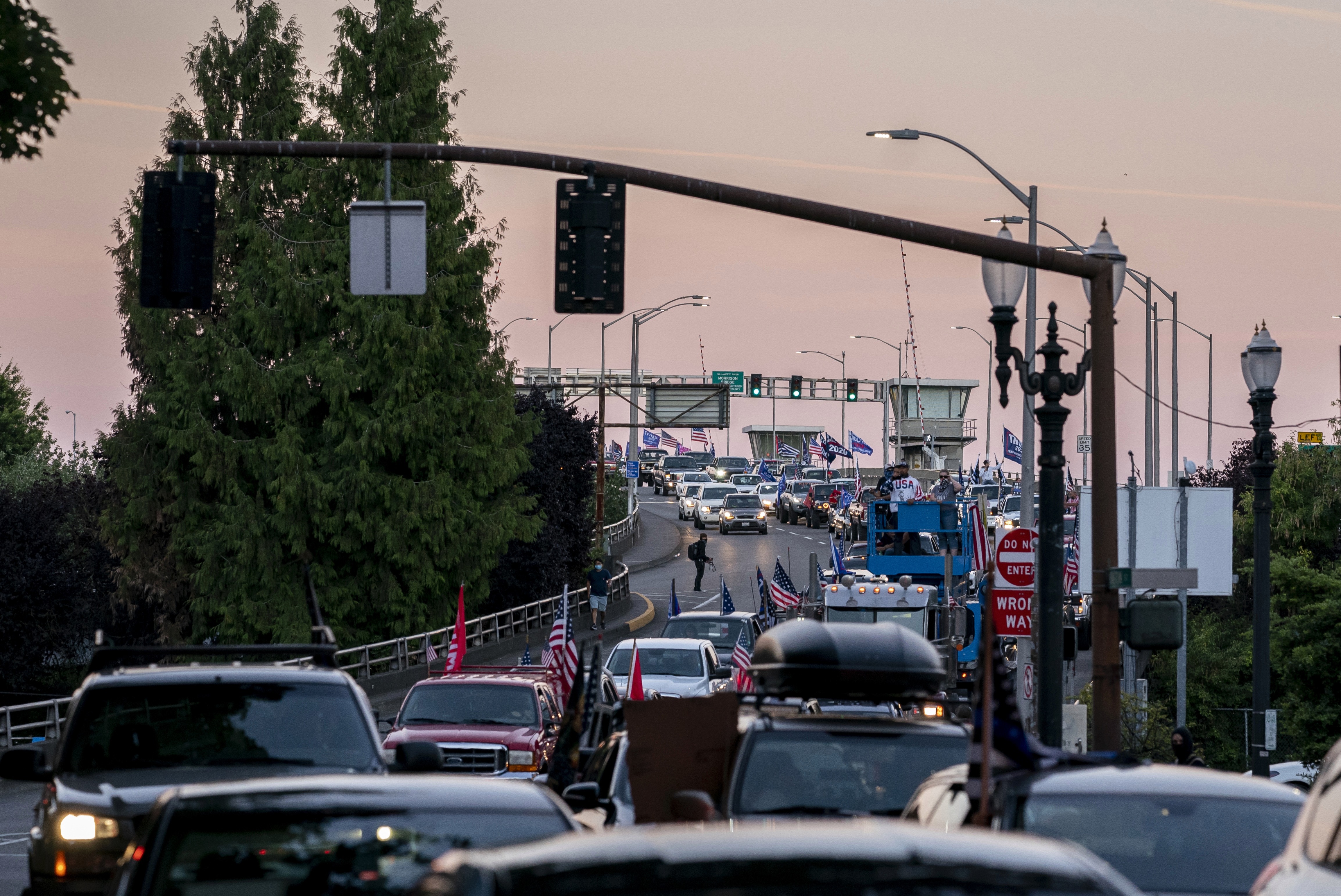 Following Wheeler's words, Trump let loose on his own tirade against the mayor.

"Ted Wheeler, the wacky Radical Left Do Nothing Democrat Mayor of Portland, who has watched great death and destruction of his City during his tenure, thinks this lawless situation should go on forever. Wrong! Portland will never recover with a fool for a Mayor….," he tweeted.

"..The people of Portland, like all other cities & parts of our great Country, want Law & Order. The Radical Left Democrat Mayors, like the dummy running Portland, or the guy right now in his basement unwilling to lead or even speak out against crime, will never be able to do it!"

More than 600 cars flying Trump flags and banners reportedly set off in a convoy around and through the city before clashing with BLM demonstrators.

Police did not immediately link the fatal shooting to the violence.

A police spokesman said: "Police responded and located a victim with a gunshot wound to the chest. Medical responded and determined that the victim was deceased.

"A Homicide Investigation is underway."

The man who was shot and killed was wearing a hat with the insignia of Patriot Prayer, a far-right group based in Portland that has clashed with BLM protesters in the past.

When asked if the shooting was related to battles between rival protesters in the same area, the police spokesman said: "It is too early in the investigation to draw those kinds of conclusions."

Portland police earlier said in a tweet that a "political rally is caravanning throughout downtown Portland" and that there had been "some instances of violence between demonstrators and counter-demonstrators".