President Trump said Monday that he has the support of U.S. troops, if not necessarily their bosses in the Pentagon.

“I’m not saying the military is in love with me, the soldiers are,” Trump said at a Labor Day press conference.

“The top people in the Pentagon probably aren’t,” the commander in chief continued, “because they want to do nothing but fight wars so that all of those wonderful companies — that make the bombs, and make the planes, and make everything else — stay happy. But we’re getting out of the endless wars.”

In other contexts, Trump has claimed credit for rebuilding military stockpiles that he claims were depleted under President Obama. 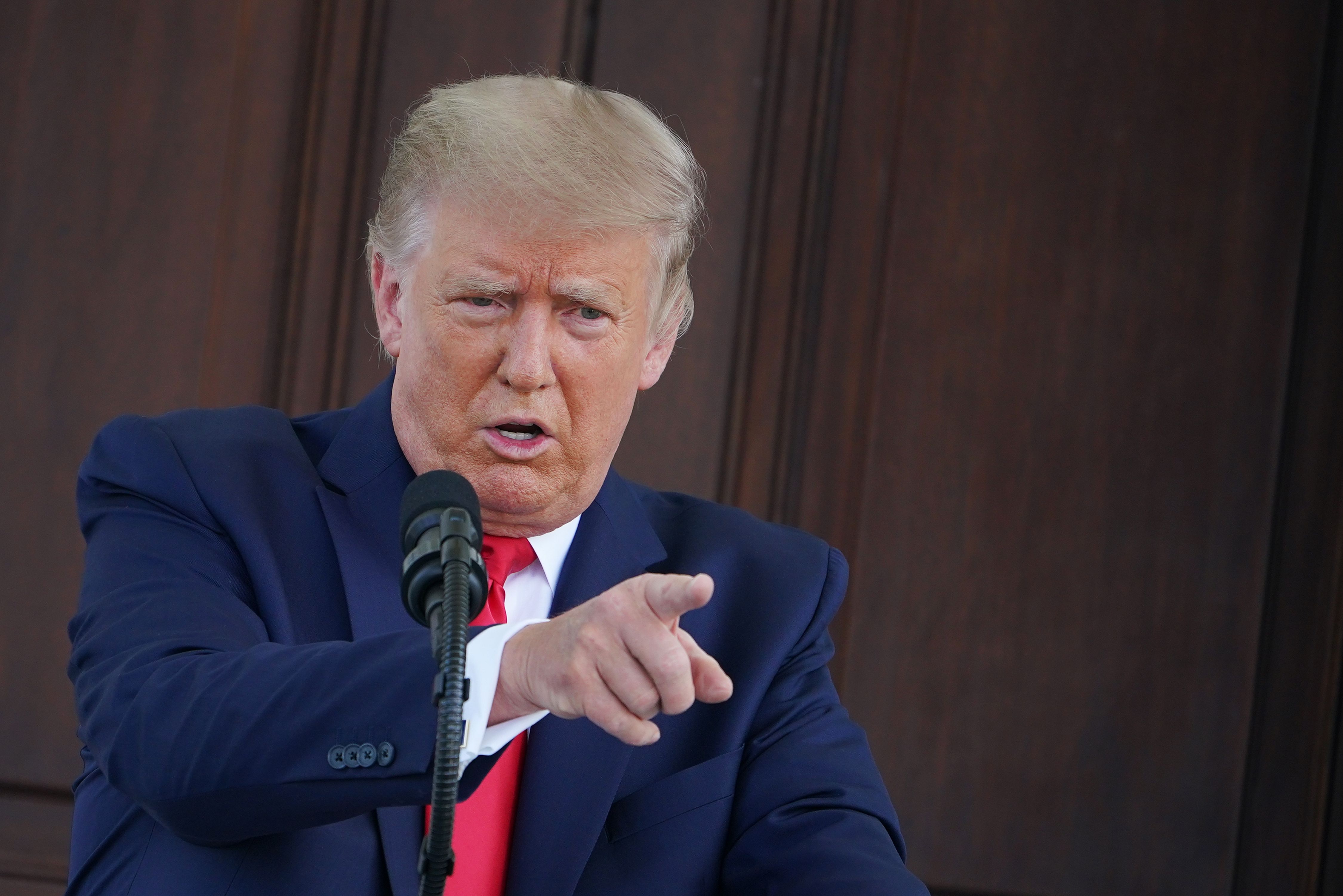 Trump made the provocative comment after launching a wide-ranging attack on his Democratic opponent, former Vice President Joe Biden, who he said supported “endless wars” and bad trade deals.

The comment was striking as Trump continues his aggressive pushback against a report in the Atlantic that quoted him disparaging members of the military, including soldiers who died in battle, as “losers” and “suckers.” The article, and other reports corroborating the gist of it, was attributed to unnamed senior military officials.

Trump has had a tumultuous relationship with the military brass, especially the retired generals whom he initially turned to to staff key posts in his administration, such as former Defense Secretary James Mattis and former White House chief of staff John Kelly. Since leaving the White House, both Mattis and Kelly have openly criticized Trump on several fronts, including foreign policy and the use of the military to quell protests in the U.S.

Kelly was also present for key moments in the Atlantic report, which said Trump couldn’t understand why American service members risked and lost their lives in combat, while visiting the Arlington National Cemetery gravesite of Kelly’s son, who died in Afghanistan.

“I don’t get it. What was in it for them?” Trump reportedly asked Kelly, then serving as homeland security secretary, of the war dead buried around them.

Trump has repeatedly denied the Atlantic report, and he did so again on Monday after a reporter inquired if he had asked Kelly to publicly deny the story. (Many other Trump allies have gone on record rejecting the claims but Kelly has been conspicuously silent.)

“The story is a hoax,” Trump said, ignoring the main thrust of the question but saying he had disagreements with his former chief of staff.