The Duke of Sussex told a group of young people to ‘hold on to your dreams’ today as he visited a clinic in a remote village on his first official visit to Malawi.

Prince Harry sat down for a private chat with the teenagers in the rural heartland of the African country, after learning about the work of medical staff and other employees at the Mauwa Health Centre.

Sitting outside but under cover from the searing sun, the discussion was supposed to be about sexual health but also touched on other topics the duke is passionate about, including climate change and conservation. 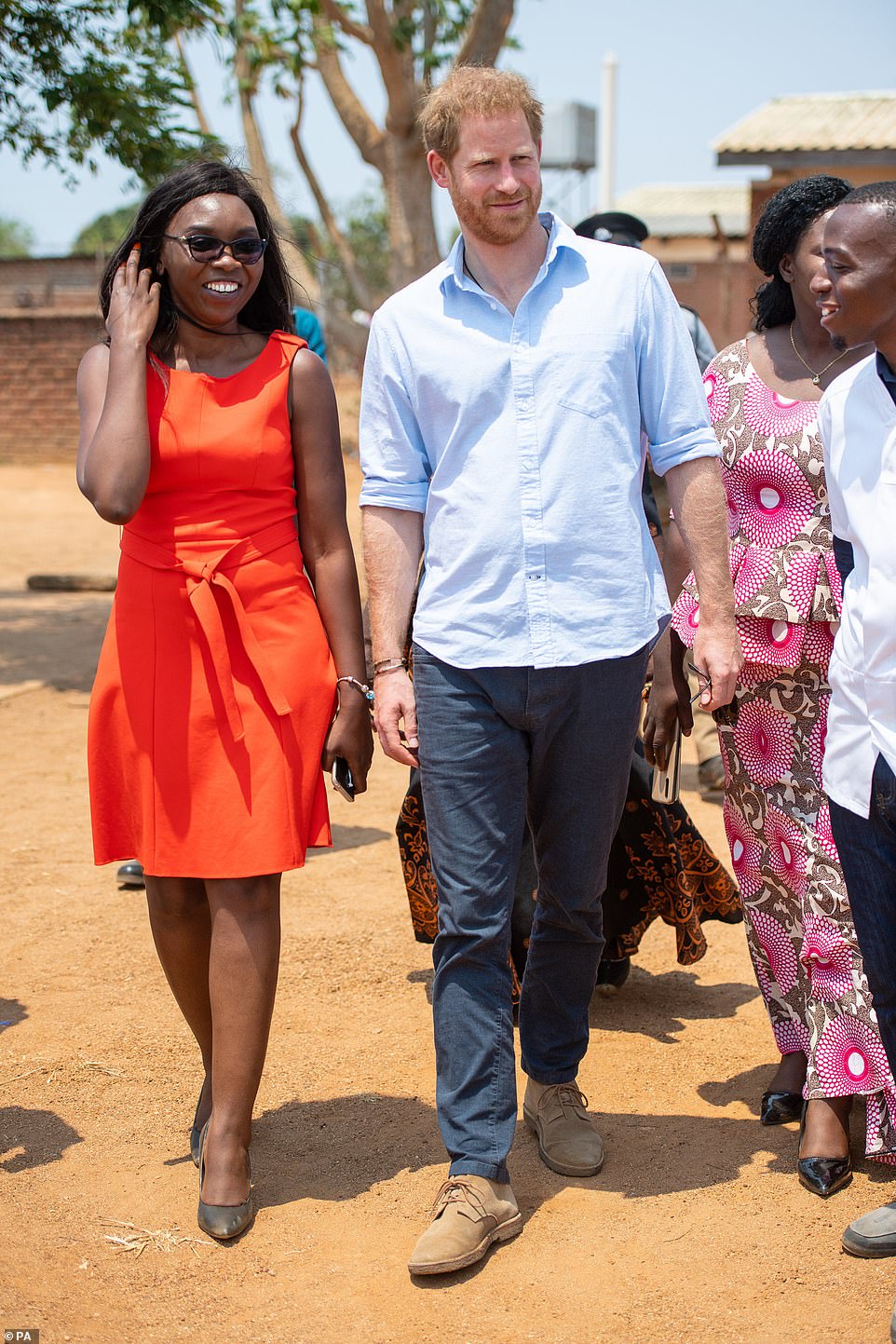 The Duke of Sussex visits the Mauwa Health Centre in Blantyre, Malawi, today on day nine of the royal tour of Africa 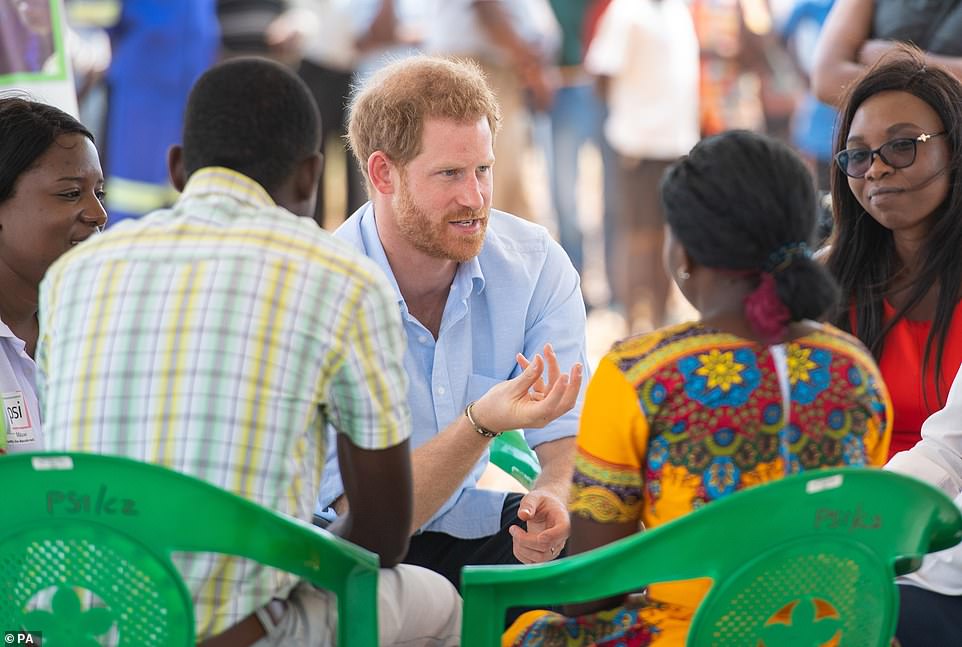 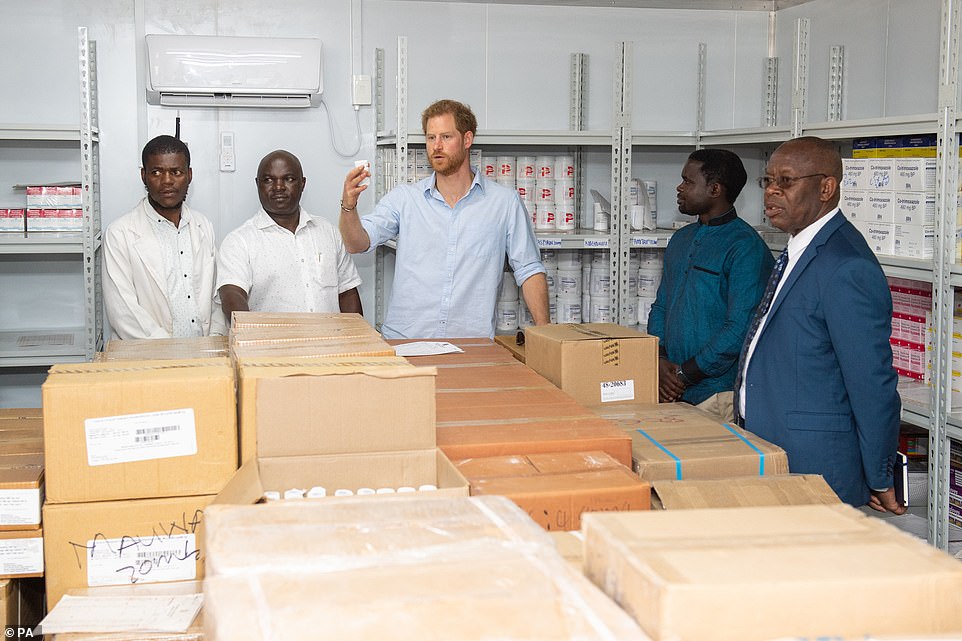 The Duke today inside a pharmacy-in-a-box installation, used for the temperature controlled storage of medical supplies 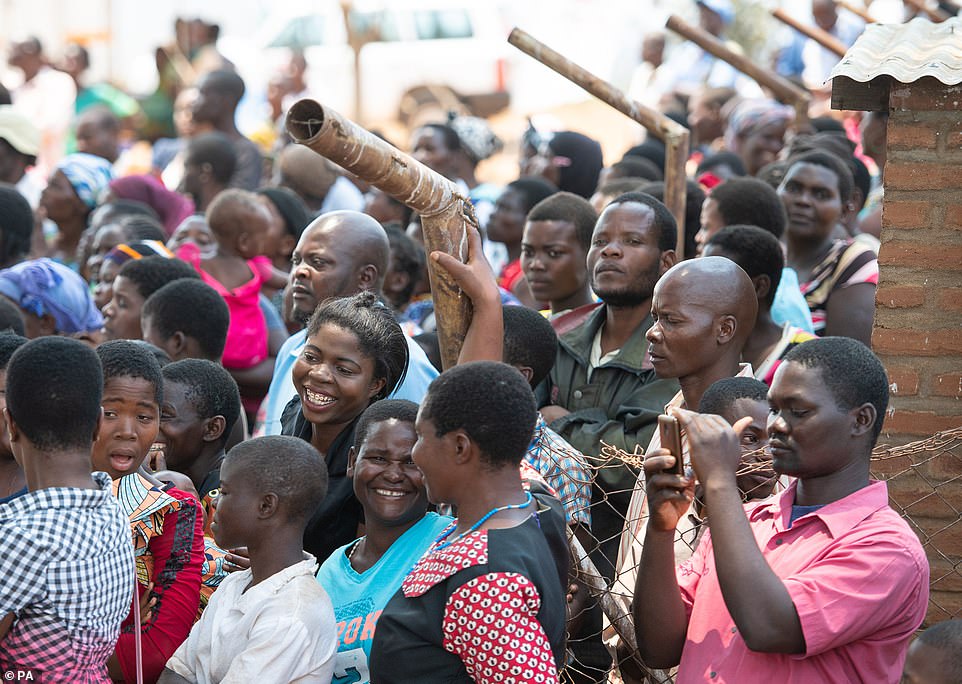 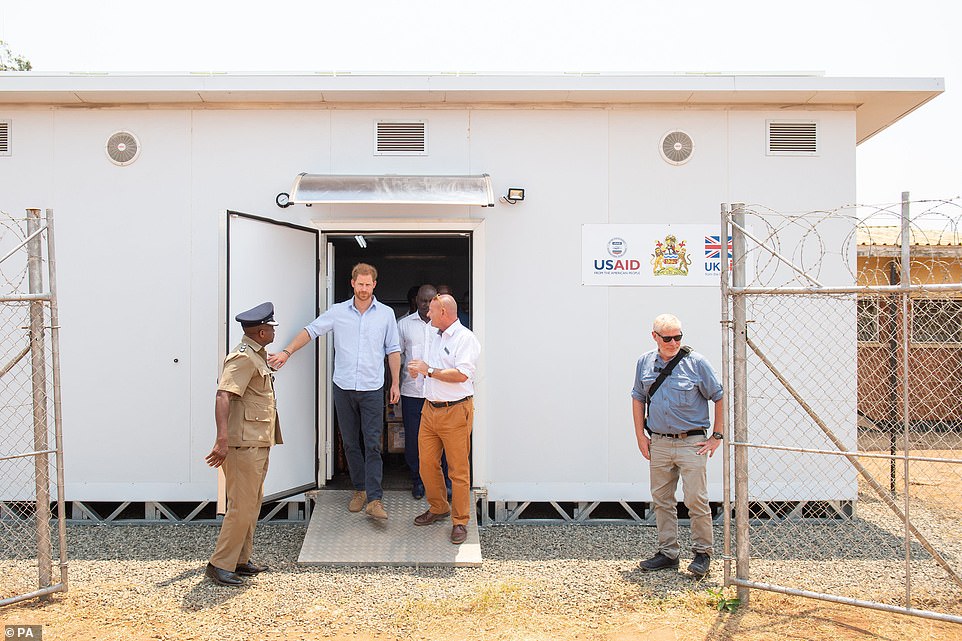 The pharmacy-in-a-box means drugs are kept at the right temperature, are secure, and that the right amount is on hand

A health official said: ‘They asked him what challenges he faced when growing up and he did have challenges but he said they were not similar as the context was different.

‘He told the young people to ‘hold on to your dreams’ and he urged them to show kindness, empathy and work together.’

Harry had travelled to the village of Blantyre to see an innovative project funded by the US and UK Governments which is ensuring that vaccines, drugs and other treatments are more readily available.

The pharmacy-in-a-box – a prefabricated, solar-powered and air-conditioned storage facility for medicines – means drugs are kept at the right temperature, are secure, and that the right amount is on hand. 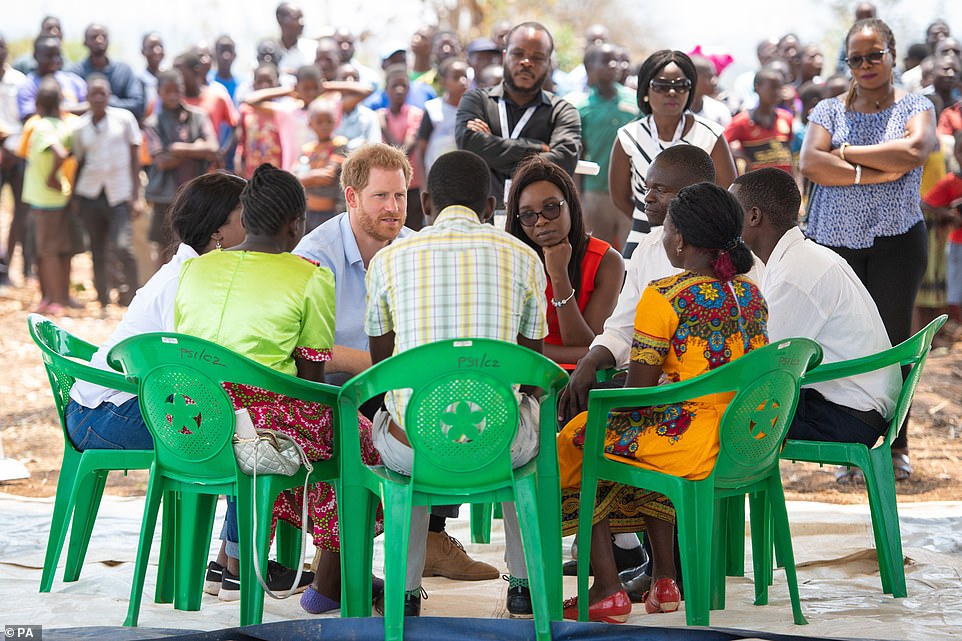 Outside but under cover from the searing sun, the discussion today was on sexual health, climate change and conservation 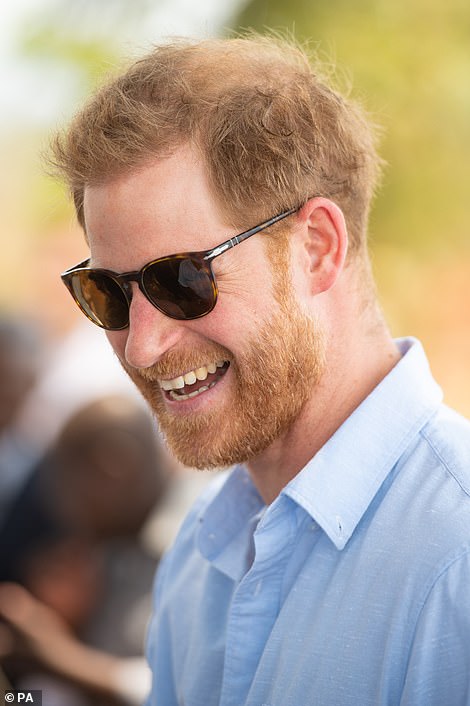 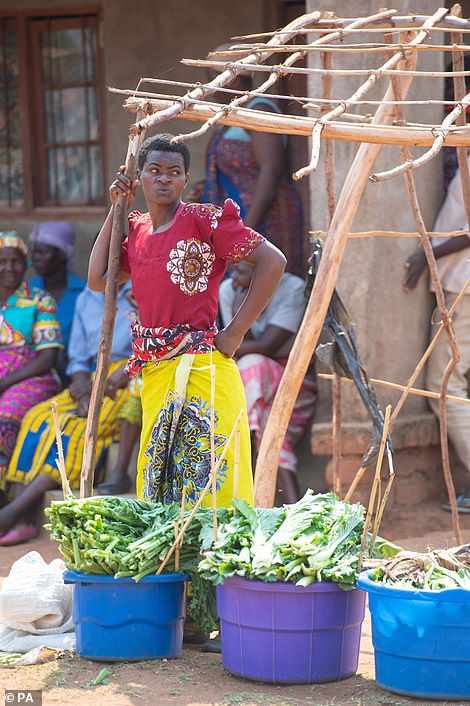 Prince Harry smiles during his visit (left), which was hotly anticipated by the residents of Blantyre (right, awaiting his arrival) 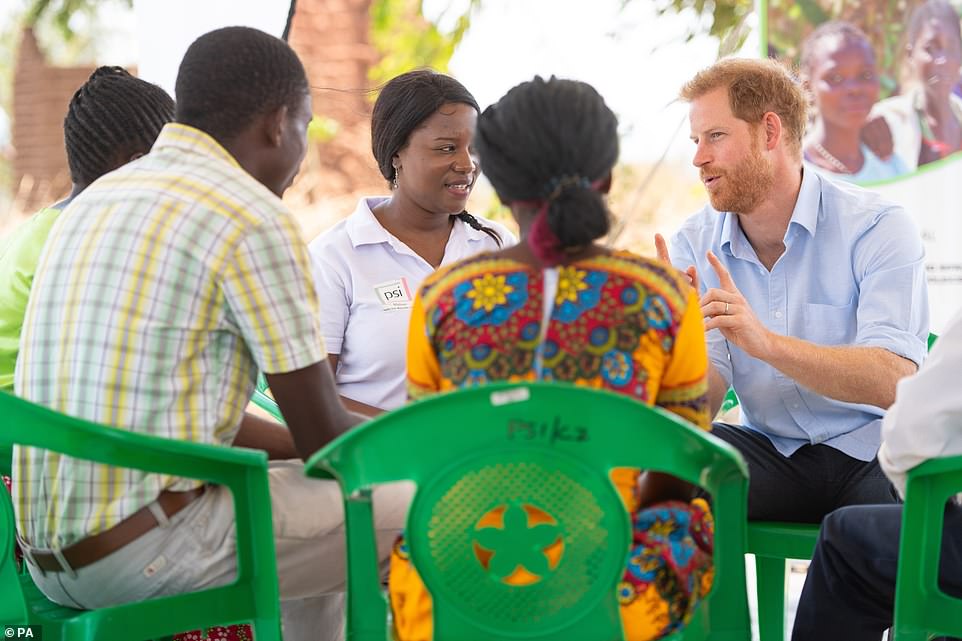 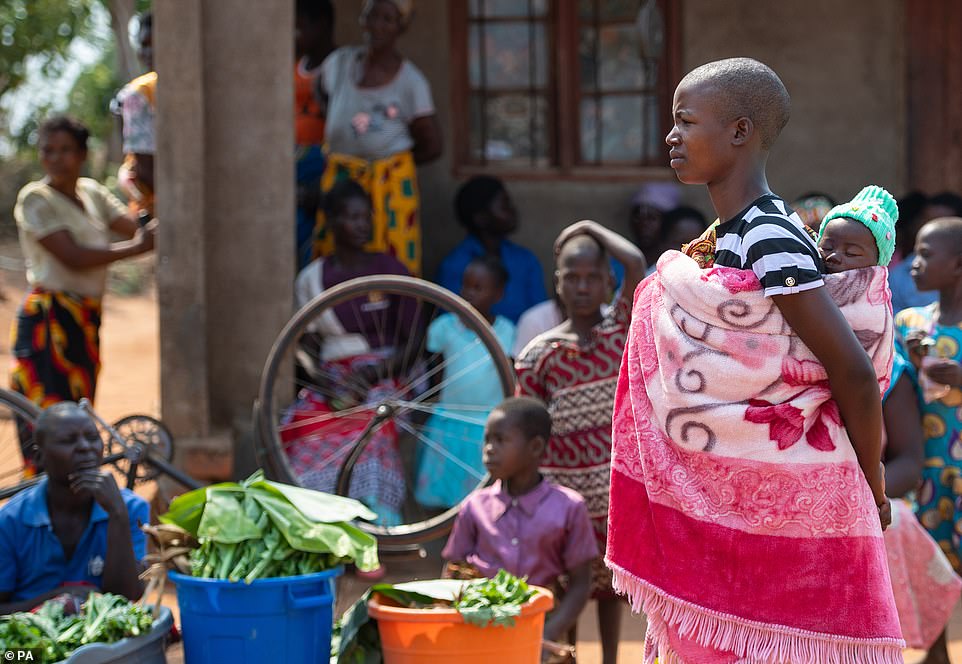 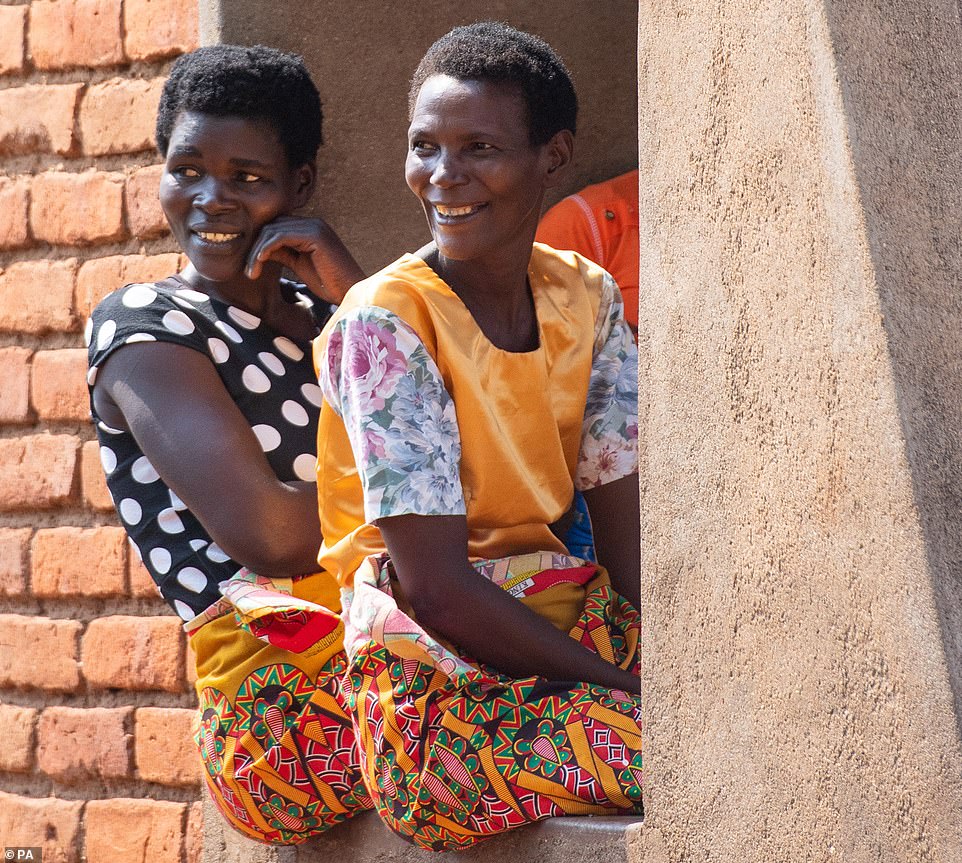 Health workers said the facilities, which now number more than 350 across Malawi, have cut thefts and reduced wastage of medicines, increased staff motivation, and encouraged people to seek treatment because they know the drugs are available.

At the health centre, patients can access a range of services from a maternity unit to malaria treatment as well as HIV testing and after care if someone is found to have the virus.

Harry said of the drugs used to treat an HIV patient: ‘You need to know your status and know there’s medication, so you can have a happy and healthy life.’

The Duke, who is sixth in line to the British throne, has been visiting southern Africa for two decades for holidays and conservation work, but this trip marked his first visit to Malawi and Angola in an official capacity.