You’re KNICKERED! Prison guard, 27, is locked up for three years after smuggling cocaine and cannabis into jail in her underwear

A former prison guard who smuggled drugs into jail in her underwear has been jailed for three years.

Hannah Gaves, 27, was stopped and searched while on her way into Erlestoke Prison, Wiltshire.

Cocaine was found concealed in her underwear and she was also in possession of black bags containing cannabis, five packets of tobacco and Rizzlas.

A SIM card and tobacco were also discovered after authorities searched the cell of an inmate who Gaves was suspected of having inappropriate relations with, and smuggling drugs in on behalf of. 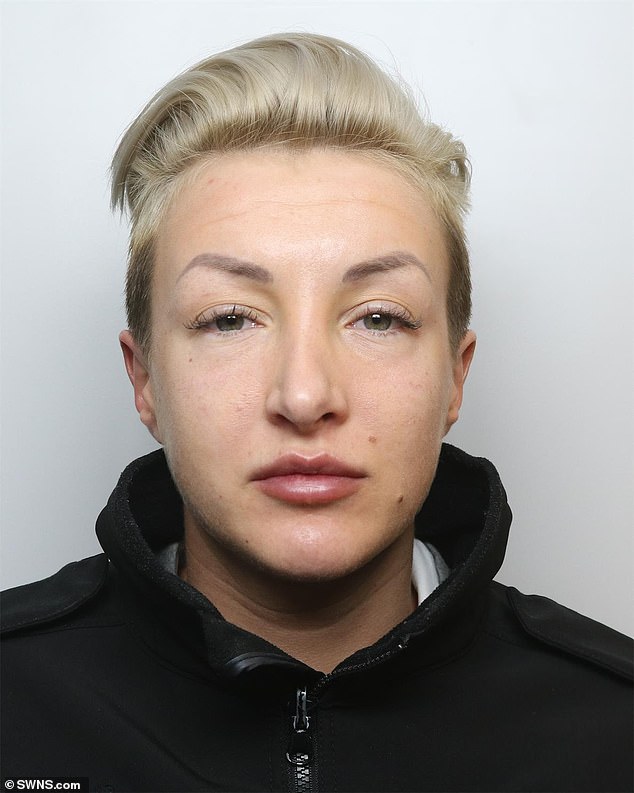 Gaves, from Gloucester, pleaded guilty to a string of drug offences today at Salisbury Crown Court.

She was sentenced to three years in prison and ordered to pay a victim surcharge of £170.

Erlestoke Prison near Devizes, where Gaves worked as a guard, had received intelligence that she was smuggling articles into the prison.

The Category C men’s prison houses inmates who cannot be trusted in an open prison but who are recognised as being unlikely to make any escape attempts.

Detective Sergeant Garry Epps, from the Crime Targeting Team, said: ‘There is simply no tolerance for the behaviour shown by Gaves in this case.

‘The custodial sentence that has been given further highlights the severity of Gaves’ actions and we hope acts as a deterrent to anyone who thinks they may be able to get away with anything similar. 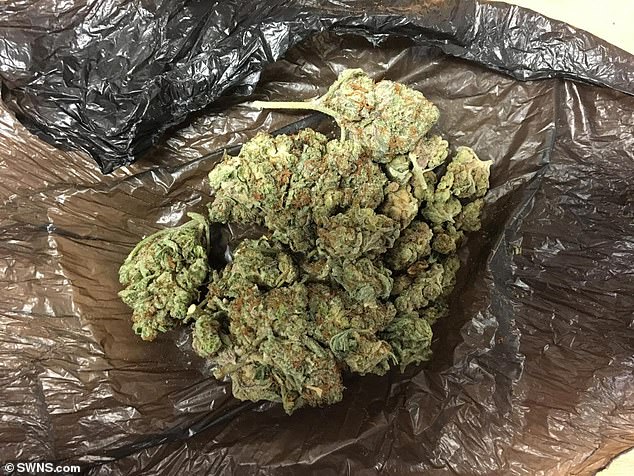 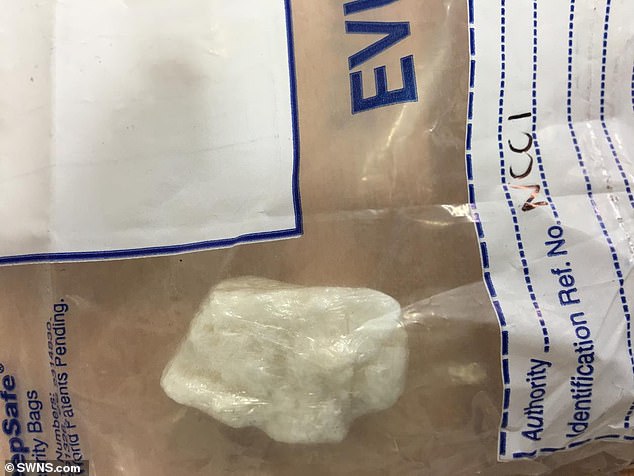 Erlestoke Prison near Devizes, where Gaves worked as a guard, had received intelligence that she was smuggling drugs (as seen above) into the prison

‘There is no excuse for ever falling into such activities and we will always act strongly against anyone attempting to take drugs or any form of contraband into our prisons.’

Local Inspector Chris Martin said: ‘We will always act on intelligence given to us and not only patrol the parameters of the prison robustly but also the comings and goings inside the prison as well.

‘This case highlights the ongoing partnership work between Wiltshire Police and staff at HMP Erlestoke to disrupt the illegal supply of drugs into the prison.’