Sex and the city! Rhinos mate in full view of skyscrapers at Nairobi national park 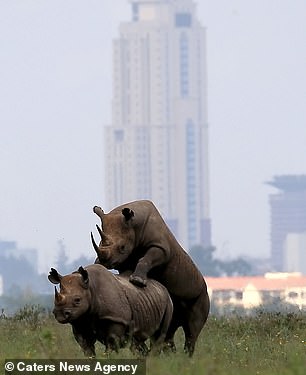 Tons of fun: Mr Rhino humps his missus in front of a skyscraper

Talk about sex and the city! These hilarious snaps show rhinos mating in front of skyscrapers.

Highway maintenance worker Lamak Sheikh, 56, was in for a surprise when he decided to take some city shots at the Nairobi National Park in Kenya.

Two rhinos, along with a rhino calf, had already made themselves at home in his picture perfect scene.

Yet as he shot the images, the cheeky rhinos decided to get up to something a bit less PG.

Lamak, from Kenya, said: ‘It was another lucky day in my time at the Nairobi National Park.’ 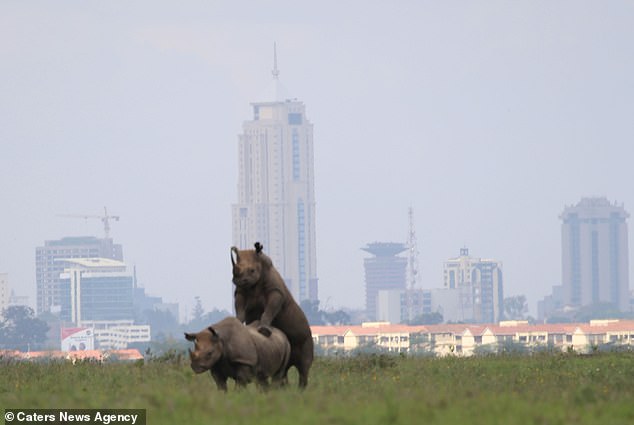 Getting down to business: The two heavyweights form a new partnership in full view of Nairobi’s central business district 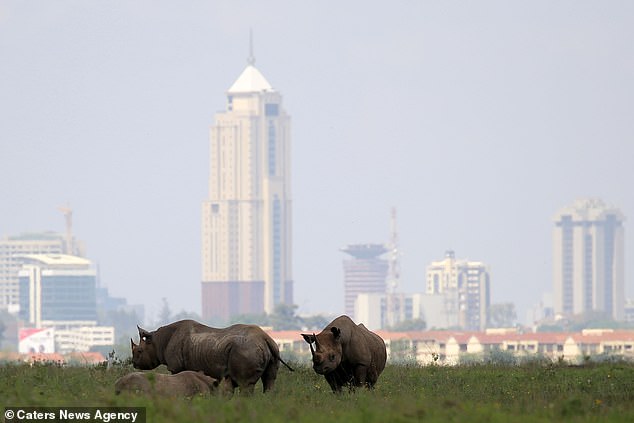 Thick skinned: The pachyderms weren’t put off by highway maintenance worker Lamak Sheikh snapping candid shots of their amorous tryst – nor by the rhino calf looking on