Jason Velazquez instantly noticed something wasn't quite right with one of the tweets from Rudy Giuliani.

It was Friday and President Donald Trump's lawyer had issued yet another missive criticising special counsel Robert Mueller. But unlike Giuliani's other tweets, one pesky missing space between two sentences turned previously normal text into a bright blue hyperlink. 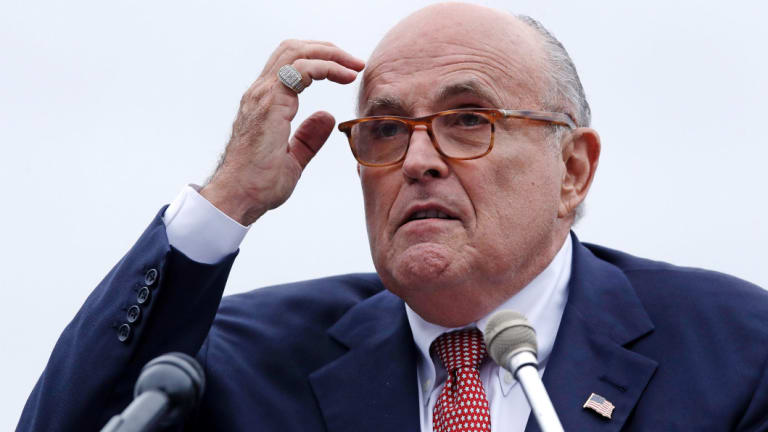 "I kind of chuckled a little bit that he created this accidental link," Velazquez, 37, told The Washington Post. The Atlanta-based digital marketing director said he "knew immediately that it was just a typo," but that didn't stop him from clicking on the link.

Velazquez didn't know it at the time, but this was just the beginning of what would become a viral social media prank that resulted in Giuliani's typo being used to send an anti-Trump message: "Donald J. Trump is a traitor to our country". The stunt infuriated Giuliani, who falsely blamed Twitter for allowing "someone to invade my text," prompting many to mock the President's cybersecurity adviser for his lack of tech savvy.

It all started around 6pm on Friday, when Velazquez came across the random hyperlink in Giuliani's tweet. Giuliani had unintentionally left out a space between a period and the beginning of another sentence that began with "In," which also happens to be the internet country code for India.

After clicking on the link, Velazquez said he realised no one owned the domain.

"Without thinking, I went and purchased the domain and then I thought, 'I could literally put whatever I want up and he would either have to delete the tweet or leave it up because you can't edit a tweet,'" he said.

For the low price of about $US6 ($8.20), Giuliani's tweet now links to a simple website that bears the blunt anti-Trump text. 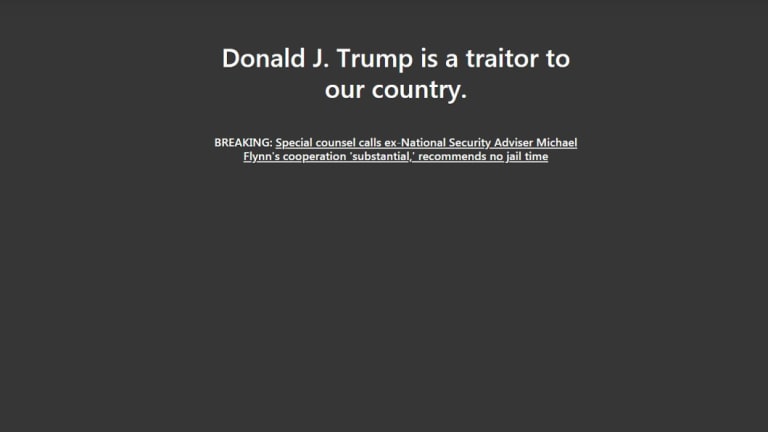 The website Jason Velazquez set up for about $8.Credit:g-20.in

Carrying out the prank only took 15 minutes, said Velazquez, who bought the domain for an entire year. He shared what he had done on Twitter, writing: "Rudy didn't separate g-20 from .in so ya boy bought the domain."

"I wanted something . . . bold," he said. "Certainly, something that [Giuliani] would not want to be linked from his tweet."

At most, Velazquez thought his stunt would get a "few hundred retweets" and then be absorbed into the Twittersphere, but by early on Wednesday morning, Giuliani's tweet containing the link had about 45,000 likes and nearly 17,000 retweets, including one from Alyssa Milano to her 3.5 million followers.

Even Mexico's former president Vicente Fox was amused, tweeting that "whoever is behind the g-20.in, is a . . . genius!"

While it appeared Giuliani was unaware for several days that one of his tweets was being used to insult the President, that changed on Tuesday.

"Twitter allowed someone to invade my text with a disgusting anti-President message," Giuliani tweeted.

A Twitter spokesman told the New York Times that "the accusation we're artificially injecting something into a tweet is completely false," adding that the social media site cannot edit tweets.

Giuliani was immediately roasted by the internet for what one Twitter user described as "turning a typo into a full on conspiracy theory".

Many were eager to point out the accusation's flaws, drawing attention to Giuliani's cybersecurity background.

Velazquez said that Giuliani's follow-up tweet "speaks to the impulsive nature of the administration where they're not thoughtful in anything they put out there, especially on Twitter".

While he isn't sure exactly what prompted Giuliani to defend himself, Velazquez said he saw the new tweet was shared around the same time the news broke that Mueller had recommended former national security adviser Michael Flynn serve no prison time.

Maybe, Velazquez said, Giuliani had wanted to "take some of the attention away" from the court filing. To prevent that from happening, Velazquez made a quick update to his website.

Now, below the anti-Trump text in slightly smaller font, is a headline about Mueller and Flynn that links to a relevant Reddit thread.

"As fun as this is, this not the most important thing going on right now by far," Velazquez said.

A number of people have suggested that Giuliani can simply delete the tweet with the offending link, but Velazquez said he doesn't think that will happen.