SUBTITLES should be put on the BBC's proms so patriotic Brits can sing along to Rule Britannia! and Land of Hope and Glory, a Cabinet minister said today.

Business secretary Alok Sharma told Times Radio that he thought the BBC could put subtitles on the screen for Last Night of the Proms so people could sing along at home. 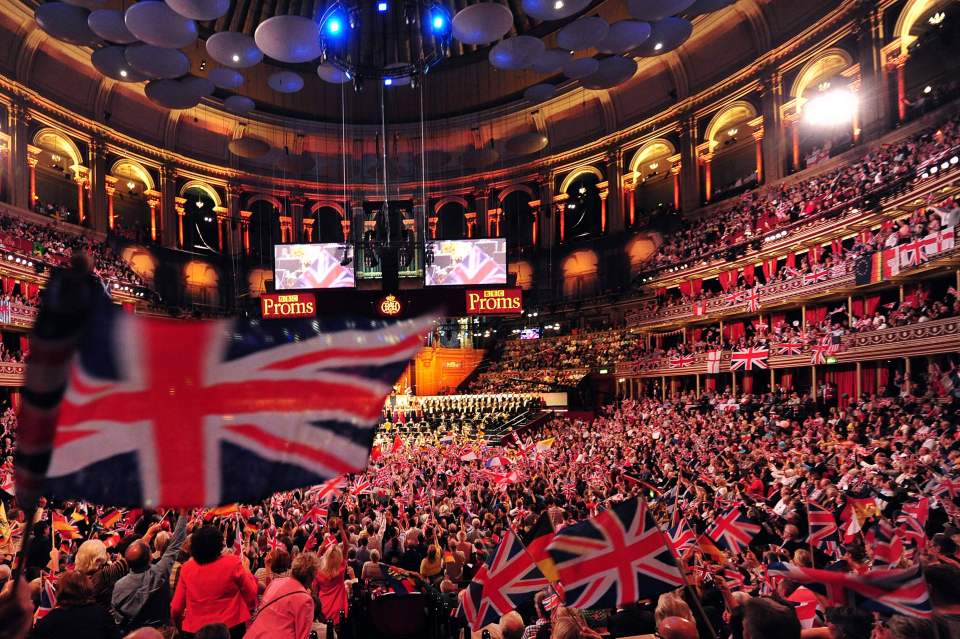 It comes after the Beeb faced fury for axing the singing at the bash, which will take place next month.

Beeb bosses instead announced they would feature — but only as orchestral versions amid fears of a backlash from Black Lives Matter campaigners due to lyrical connotations about the British Empire.

The annual Royal Albert Hall concert, beamed around the world, traditionally ends with the flag-waving anthems.

But organisers were said to be concerned about their links to the British Empire, and lyrics including: “Britons never will be slaves.”

One BBC source described the handling of the line-up as “white guys in a panic,” trying to appease the movement.

The Government had expressed its displeasure with the move.

And Boris Johnson said that while he understands the emotions involved, “we need to tackle the substance of problems, not the symbols”.

And this morning Mr Sharma said, "I think the Last Night of the Proms brings a huge amount of pleasure to millions of people.

"I personally think it's a very joyful occasion, I think it will be quite strange without a live audience there.

"We've heard the BBC's position that they will maintain the traditions. Personally I would like to see the lyrics sung and of course it is always possible to put lyrics up as subtitles on the screen so if people want to they can join in at home."

It came as leader Sir Keir Starmer has weighed into the BBC Proms row defending the “pomp and pageantry” as “a staple of British summer.”

Asked if he backed the move to censor the words to Rule Britannia, a Labour spokesman said “enjoying patriotic songs does not – and should not – present a barrier to examining our past and learning lessons from it."

But they stopped short if demanding a uturn, insisting the running order was a matter for the organisers.

The spokesperson said: "The running order is a matter for organisers & the BBC, but enjoying patriotic songs does not… present a barrier to examining our past."

Sir Keir Starmer had promised to change all that and called for the party to finally embrace patriotism.

Speaking in April this year, he said: “I’m really proud of my country and I wouldn’t be leader of the Labour party if I wasn’t patriotic.

“I don’t think we should shy away from that. That is a really good thing to be proud of, and to want your country to be the best it possibly can be.”

Land of Hope and Glory lyrics

Land of Hope and Glory

Mother of the Free

How shall we extol thee

Who are born of thee?

Shall thy bounds be set;

God, who made thee mighty

Dear Land of Hope, thy hope is crowned

Once more thy crown is set

Have ruled thee well and long;

By Freedom gained, by Truth maintained

Thine Empire shall be strong

Thy fame is ancient as the days

As Ocean large and wide: A pride that dares, and heeds not praise

A stern and silent pride

With what our sires have won;

Debating the issue on Good Morning Britain, freedom of speech campaigner Inaya Folarin Iman said criticism of the two songs was "absurd", adding that they bring "a lot of people joy and happiness".

But Kehinde Andrews, a black studies professor at Birmingham City University, said the line "Britons never, never, never shall be slaves" from Rule Britannia is racist propaganda dating back to the British Empire.

When Britain first, at heaven's command,

Arose from out the azure main,

This was the charter of the land,

And Guardian Angels sang this strain:

The nations not so blest as thee

Must, in their turn, to tyrants fall,

While thou shalt flourish great and free:

The dread and envy of them all.

More dreadful from each foreign stroke,

As the loud blast that tears the skies

Serves but to root thy native oak.

All their attempts to bend thee down

Will but arouse thy generous flame,

But work their woe and thy renown.

To thee belongs the rural reign;

Thy cities shall with commerce shine;

All thine shall be the subject main,

And every shore it circles, thine.

The Muses, still with freedom found,

Shall to thy happy coasts repair.

And manly hearts to guard the fair.