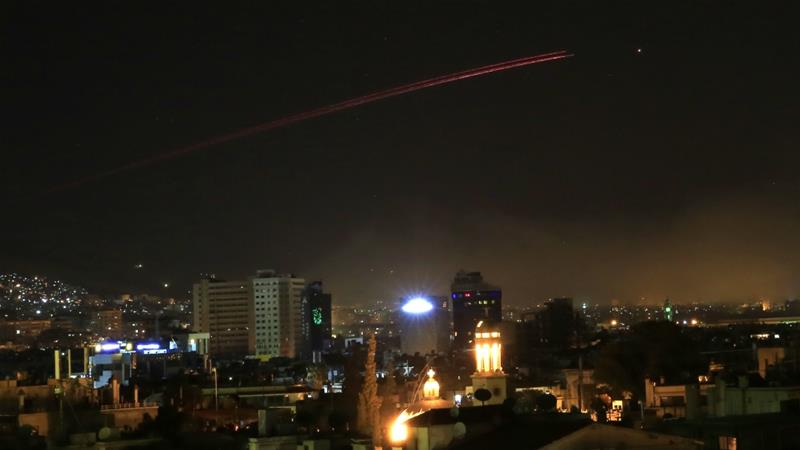 “We are very concerned by the attacks and how they were made. This is a gross violation of the sovereignty of Syria,” the Russian Ministry of Foreign Affairs said in a statement on Wednesday.

Syrian state media said the country’s air defences intercepted Israeli missiles near Damascus, while Israel said it was protecting itself from anti-aircraft fire.

He said the attack from over the Lebanese territory came as “two airliners, not from Russia, were preparing to land at the airports of Beirut and Damascus”.

He said restrictions were imposed on the use of Syrian government forces’ air defence systems “to prevent a tragedy”. One of the planes was redirected to a Russian airbase within Syria.

Of these, 14 were destroyed by the Syrian defence systems, according to the ministry.

Moscow is a key ally of Damascus and its intervention in Syria’s civil war in 2015 was seen as key to propping up President Bashar al-Assad’s regime.

In September, a Russian Il-20 military plane was struck in a similar attack, killing 15 servicemen on board.

That day, several Israeli F-16s entered the Syrian airspace hoping to bomb its military targets in the northwestern Latakia province.

Russian officials said that when Syria’s S-200 air-defence system responded to the breach, an Israeli F-16 hid behind the Russian plane which was hit by a Syrian missile.

Israel has in the past carried out dozens of air raids in Syria against what it says are Iranian targets, many of them south of Damascus.