An inquiry into the handling of harassment complaints made against Alex Salmond says it is ‘frustrated and disappointed,’ at the Scottish Government’s refusal to fully release evidence.

Last year Former SNP leader and First Minister Mr Salmond took the Scottish Government to court over the way it dealt with allegations, which he had described as ‘patently ridiculous,’.

Holyrood paid out more than £500,000 in legal expenses last August after admitting to breaching its own guidelines on dealing with complaints.

A committee looking into the handling of those complaints is now disappointed with the Scottish Government, after it handed over vital documents with parts withheld. 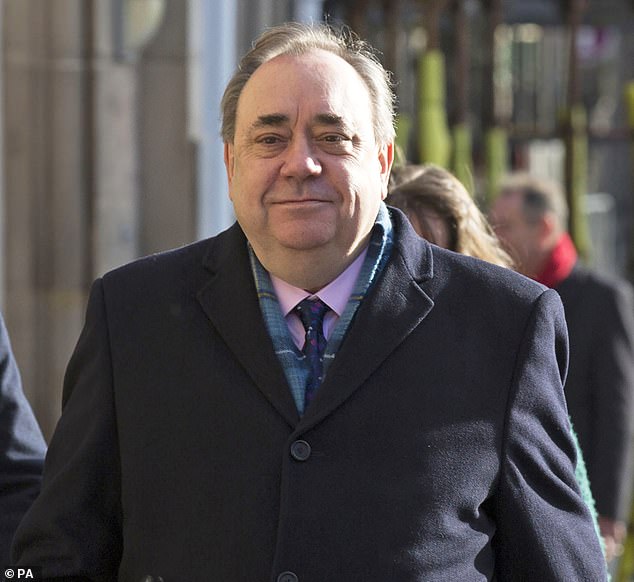 Former Scottish First Minister Alex Salmond won more than £500,000 in legal costs after he took the Scottish Government to court over the way it dealt with harassment allegations made against him, which he had described as ‘patently ridiculous,’

The Committee on the Scottish Government Handling of Harassment Complaints was given documents last week but parts were redacted on the grounds they concerned legal advice and were therefore legally privileged.

Committee convener Linda Fabiani said detailed descriptions of the documents being withheld are needed as a matter of urgency.

The evidence seen by the committee describes the process leading up to the £512,250 payout former first minister Mr Salmond received after his successful legal challenge against the Scottish Government.

In a letter to Permanent Secretary Leslie Evans, Ms Fabiani said the committee is particularly concerned by ‘the limited information the Scottish Government has offered to justify the grounds for applying legal professional privilege’.

The convener said she wanted to express her colleagues’ ‘frustration and disappointment at the very limited amount of information the Scottish Government has chosen to disclose to the committee in relation to the judicial review’.

She said: ‘Amongst other elements where the public has the right to expect the Scottish Government to be willing to be scrutinised, is the judicial review which cost the public purse in excess of £500,000.

‘The committee insists that you revisit your decision to withhold the vast majority of information related to the judicial review, with a view to markedly increasing how much you share given the need to act in the public interest.’

Ms Fabiani added: ‘Therefore the committee expects, as a matter of absolute urgency, a detailed description of the forms of the documents being withheld and the specific grounds for doing so.’ 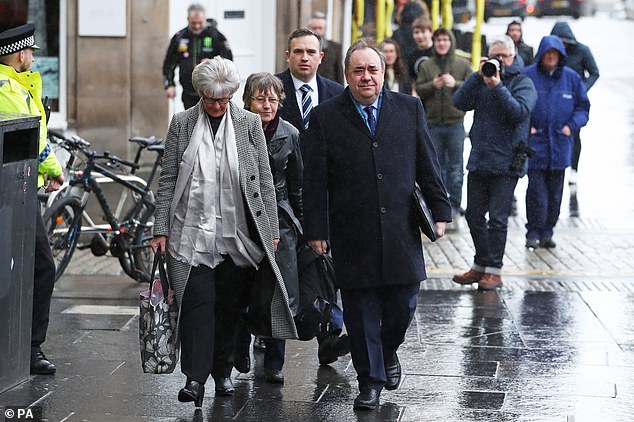 She said the Scottish Government could choose to waive its right to legal privilege over the advice it received.

The Holyrood committee is due to meet on Tuesday August 18 to determine the next steps it will take.

Ms Fabiani said it will ‘not hesitate to explore all options available to it to receive the documents it requires’.

Former SNP leader Mr Salmond took the Scottish Government to court over the way it dealt with the allegations, and the Court of Session ruled in January 2019 its actions had been ‘unlawful’.

In March this year, he was cleared of 13 sexual offences by a jury following a trial at the High Court in Edinburgh.