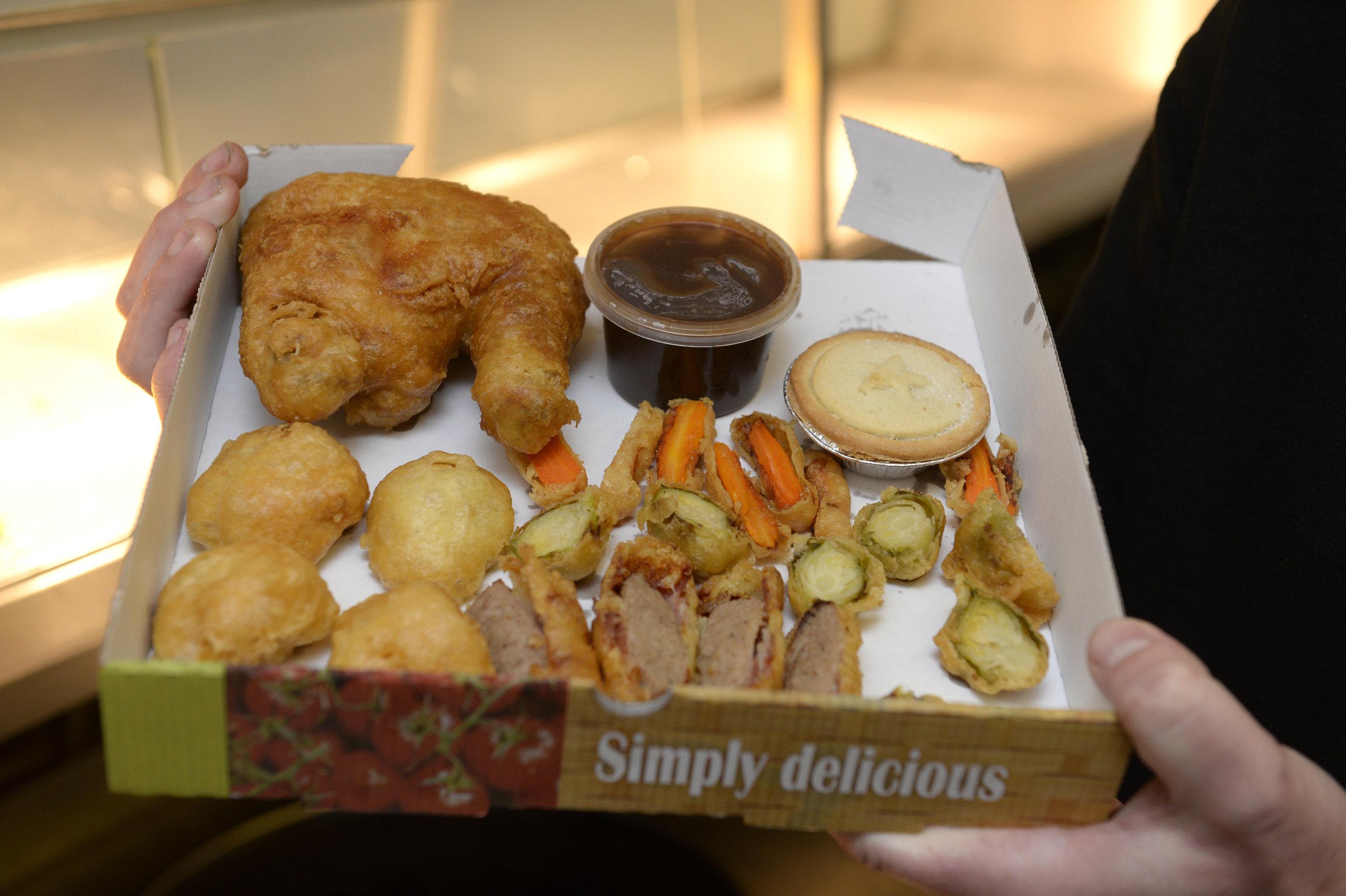 The creative dad – whose restaurant is named after five-year-old daughter April – says his Christmas menu will run throughout December.

And he explained the decision to deep fry the meal was one taken on a whim after he made potato fritters that were too big.

He said: "It's something never done in Scotland before and it came as I was just experimenting one day in the frier.

"I made potato fritters that came out quite big, like a roastie. 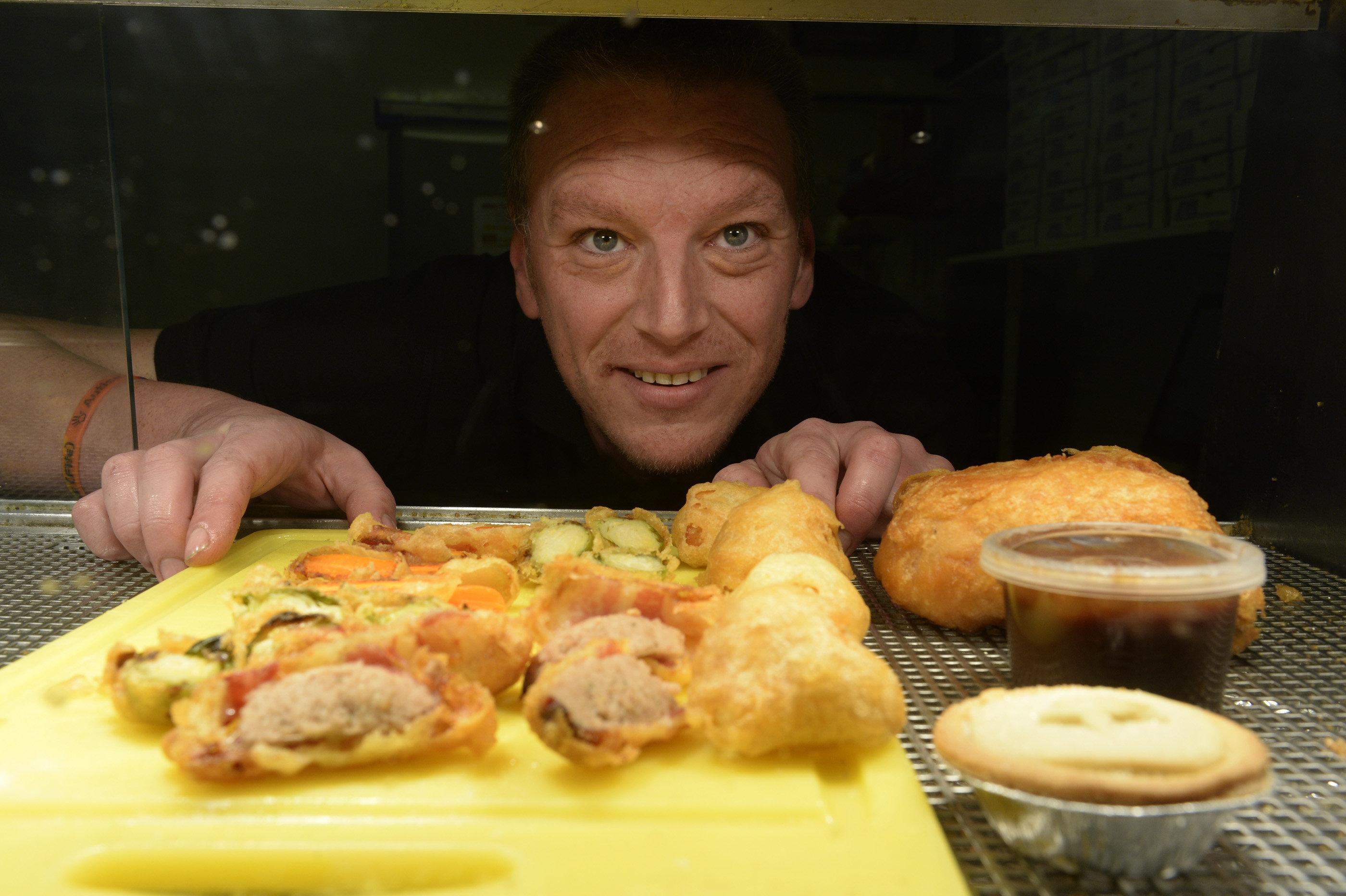 "So I thought, why not try the whole Christmas dinner? It's been really good so far, there's been no complaints from anyone who has tried it.

"I'm dumbfounded that nobody has tried to do this before.

"It's amazing to think people have done it with Mars Bars and not Christmas dinner.

"I've thought about doing it for a while and the fact that we're a newly opened chip shop were looking for a Christmas promotion. 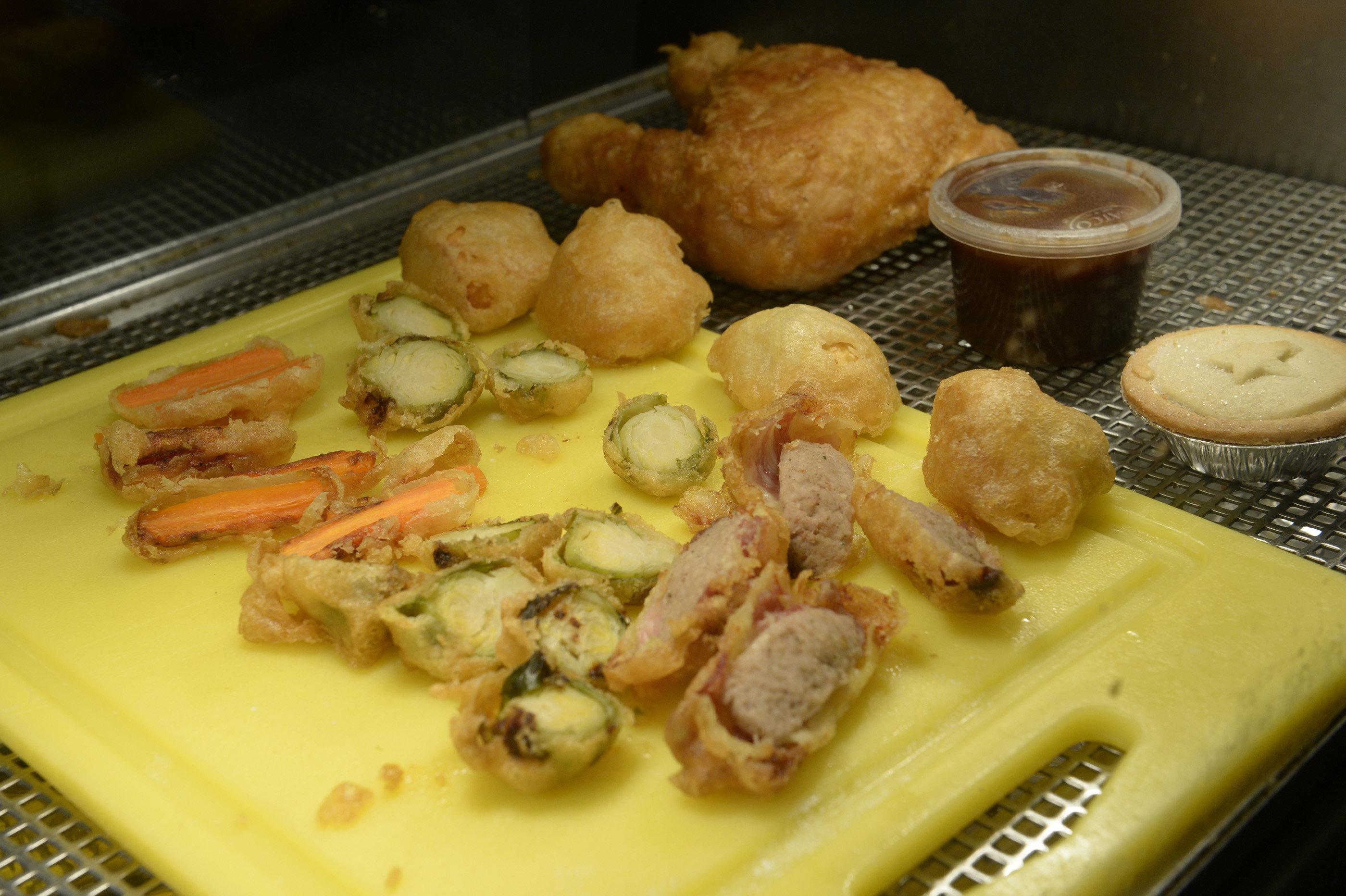 The £8 box includes a chicken or turkey leg, roast potatoes, pigs in blankets and carrots.

And James says the Brussels Sprouts he fries don't taste like the veggies – and he's even managed to change opinions on the love-em-or-hate-em veg.

He added: "A couple people have already tried it, including two who hate sprouts.

"But they mentioned that the batter has changed the taste completely.

"We've had no complaints so far and a lot of people talking about it so we're happy about that."

Proud father James told how daughter April is yet to try the festive feast but thinks it's a "brilliant" idea.

He said: "Obviously the chip shop is named after my daughter April and, although she's only five, she thinks it's brilliant. 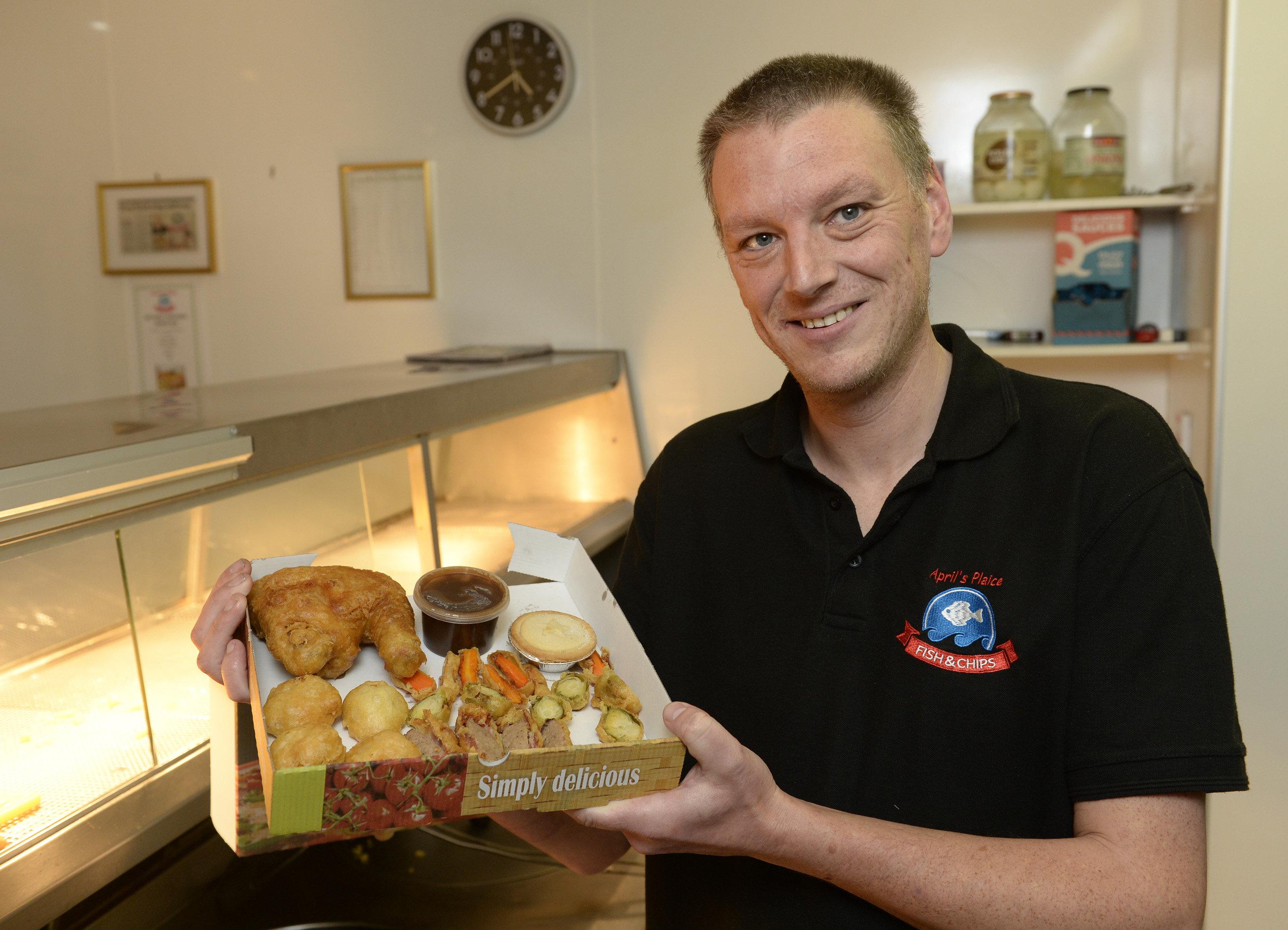 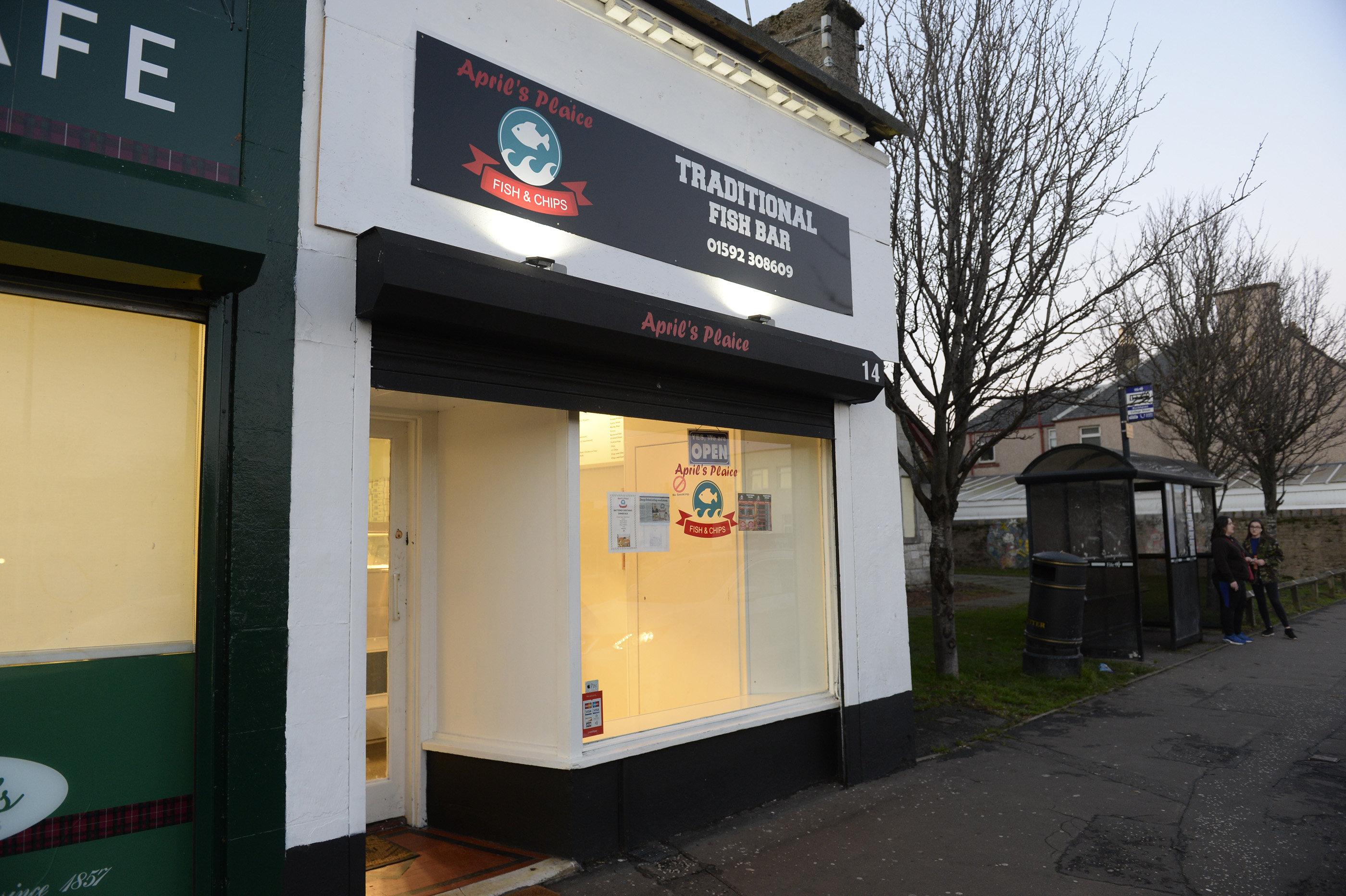 "And she can't wait for Christmas. But it'll be a traditional Christmas dinner for our family this year."

Although James' deep-fried Christmas dinner isn't the first in the UK.

Marshall's Fish Bar in Cullompton, Devon, has been serving up a 1,265 calorie deep-fried festive meal since last Christmas.