A second Brexit referendum would undermine trust in democracy and could lead to ‘civil unrest and violence’, the Archbishop of York warned yesterday.

The Most Rev John Sentamu, 69, said: ‘Our first concern must be maintaining respect for democratic law-making institutions, which are under heavier pressure today than for more than a century.’

He added that a second referendum ‘subverts agreed decision-making procedures after the event and that undermines trust’. 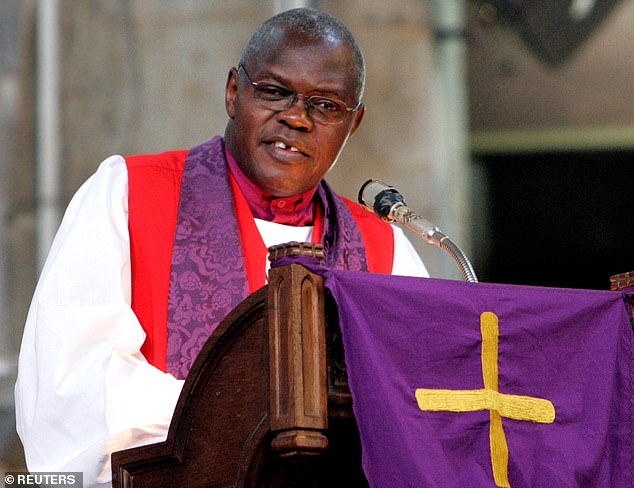 A second Brexit referendum would undermine trust in democracy and could lead to ‘civil unrest and violence’, the Archbishop of York (pictured) warned yesterday

The archbishop, who announced in the House of Lords yesterday that he will back Theresa May’s Brexit deal, called on MPs to embrace the Prime Minister’s ‘compromise’ for the good of the country.

He criticised MPs opposing the deal for ‘abusing their power’ by creating more chaos for the country in the coming months.

Dr Sentamu, who campaigned for remain in the 2016 referendum, urged politicians to help mend the rift in British politics.

Writing in The Yorkshire Post, he said: ‘As the African proverb says, ‘When two elephants fight, the grass gets hurt’.

This is the time to find a still small voice of calm and begin the process of healing any divisions.’

He also took a swipe at hardline Brexiteers, saying: ‘The idea of a ‘pure’ or ‘maximal’ Brexit, which would somehow make a clean sweep, was a childish dream, and no serious politician should have entertained it.’

He argued that the Commons has a ‘responsibility’ to forge consensus, and to vote against Mrs May’s deal without a viable alternative would be ‘to betray the trust we place in our representatives’.

He signed off by saying he will walk into the content lobby in the Lords and that to do otherwise would be a dereliction of duty. 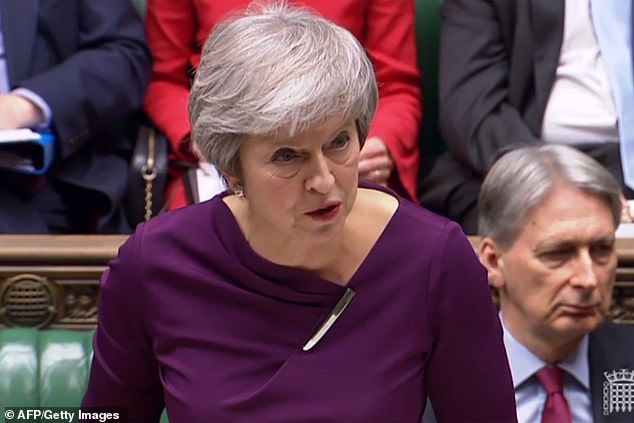